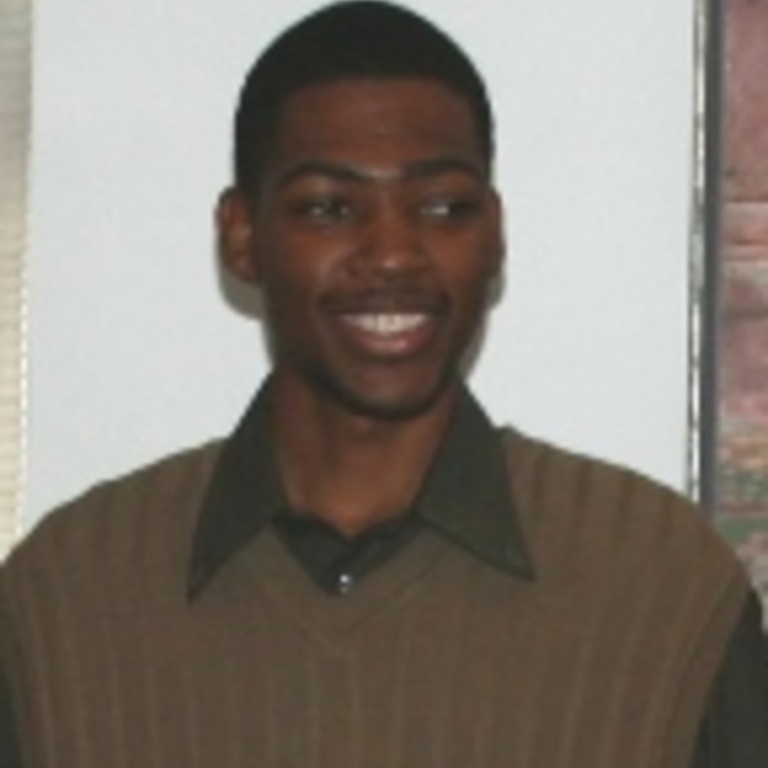 There is a major gap between what research has found to be effective and the interventions that are actually being put into practice in the heal care settings (Titer, 2003). TRIP is a multifaceted intervention that promotes the implementation of evidence based practices in health care settings. The ultimate goal of TRIP is to yield improvements in patient outcomes. For this study TRIP intervention will be used to promote the adoption of evidence based guidelines in assessing and managing cancer pain in elderly. To test the effect of a multifaceted TRIP-Cancer Pain Intervention on: 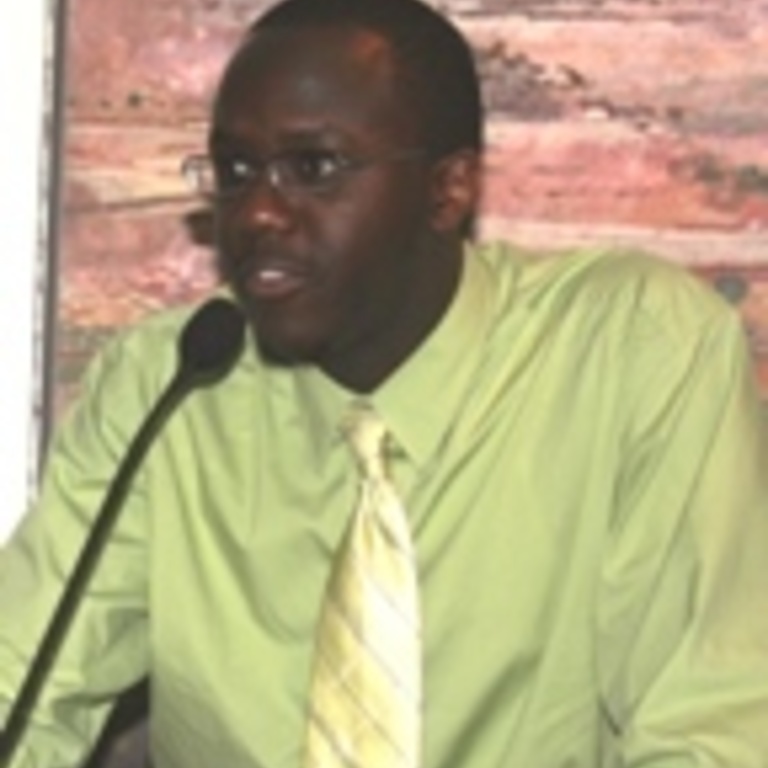 Investigating the isoprenoid pathway as a novel target for cancer therapies. Important facts and potential methods of investigation: 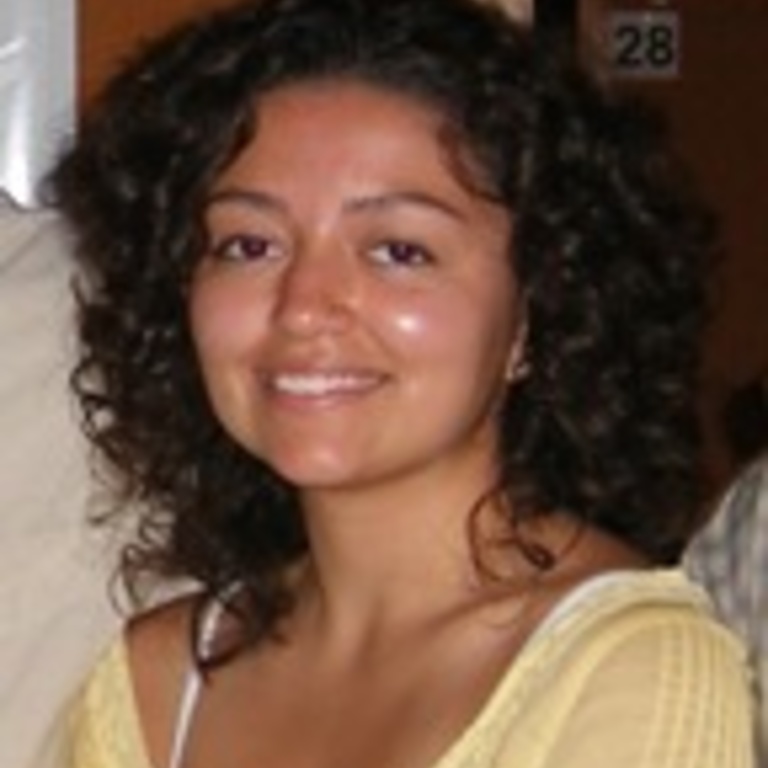 String Theory is a mathematically consistent description of all known forces of nature. it works in ten dimensions - space-time and a 3D compact complex manifold. This project lies in the attempt to find a manifold more general than that coming from the Calabi-Yau Theory. It combines the Courant Algebra with the Kac-Moody Algebra. 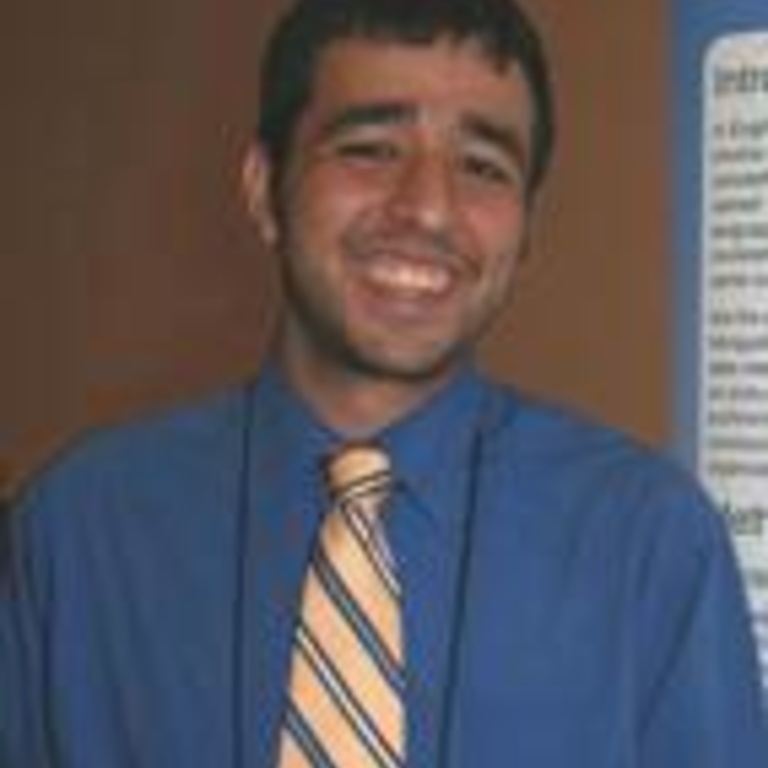 In English speakers, lexical retrieval has been found to involve partially segregated brain regions depending on the conceptual category (e.g. fruits, tools) of the object to be names. These regions are outside of the classical language regions, and are also separate from areas involved in the retrieval of conceptual knowledge for the same concrete entities. Are the neural correlates for lexical retrieval the same for bilinguals? Before this question can be answered, more data needs to be collected related to bilingual performance on picture naming tasks. 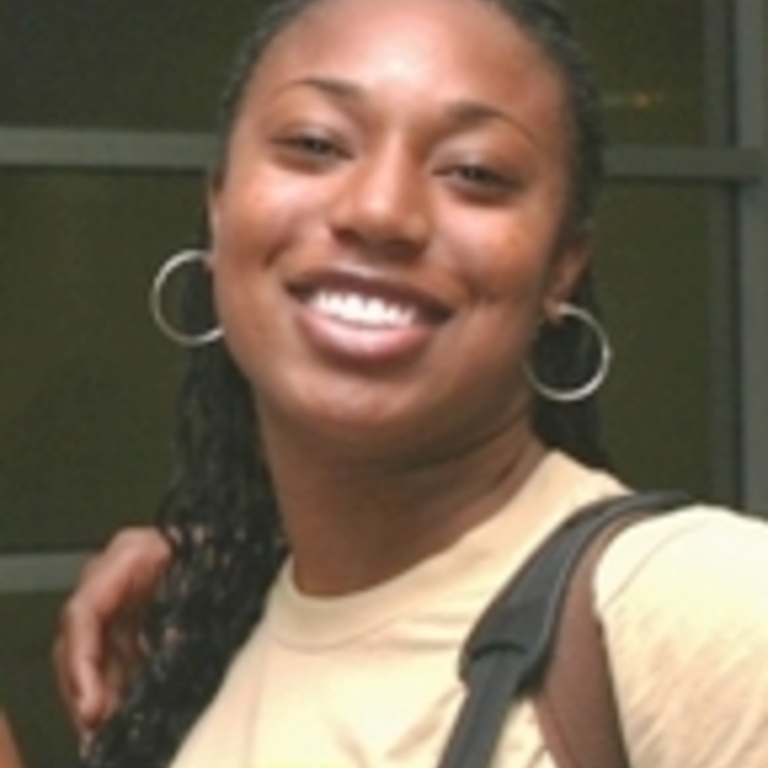 Patterson (1998) argues that the family structure of African Americans has been harmed by the legacy of slavery. As a result of slavery, males were not able to protect their families from the devastating effects associated with slavery nor could they prevent the break-up of slave families that occurred when members were sold to other slave owners. We test this argument by determining if the percent of African American households that are female headed, as measured in the 2000 census for U.S. Counties, is higher in parts of the South that had more slaves in 1850. 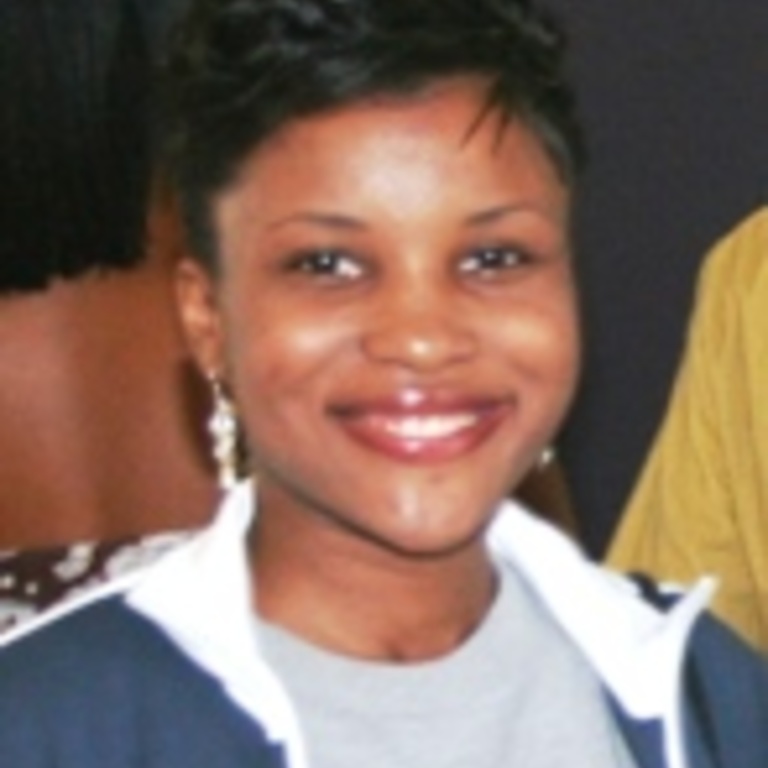 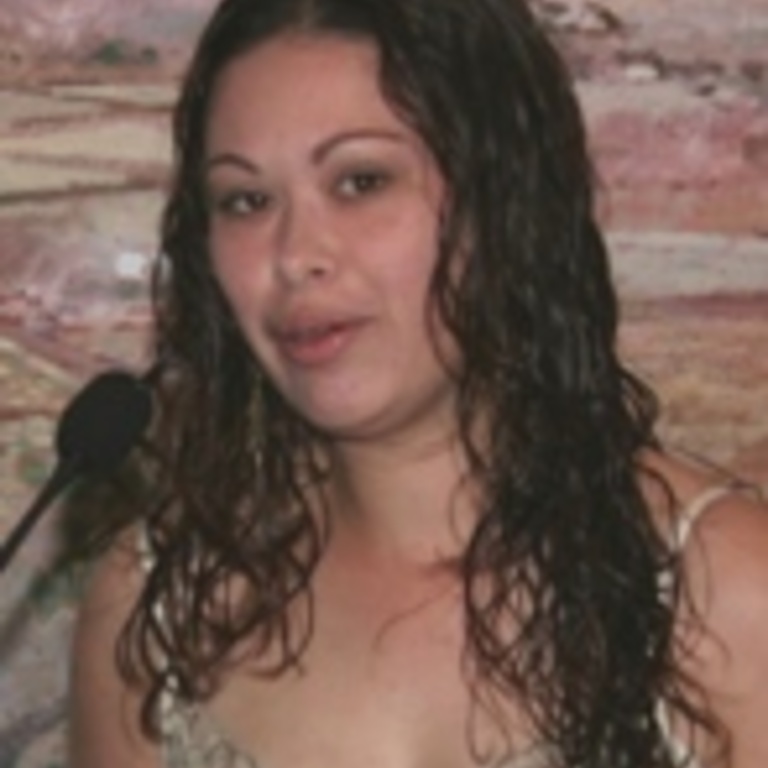 Salvinorin A neoclerodane diterpene is a non nitrogenous ligand for opioid receptors which are found in the central nervous system, site of drug action. Research is being performed in order to understand it's structure to produce a compound with the same ability to treat drug abuse as morphine (drug used to treat drug abuse but producer of tolerance and dependence) without its side effects. Croton californicus is recently under study since it possesses similar compounds to Salvinorin A. The molecule is tended to be modified to be more Salvinorin A like and produce new analogs. 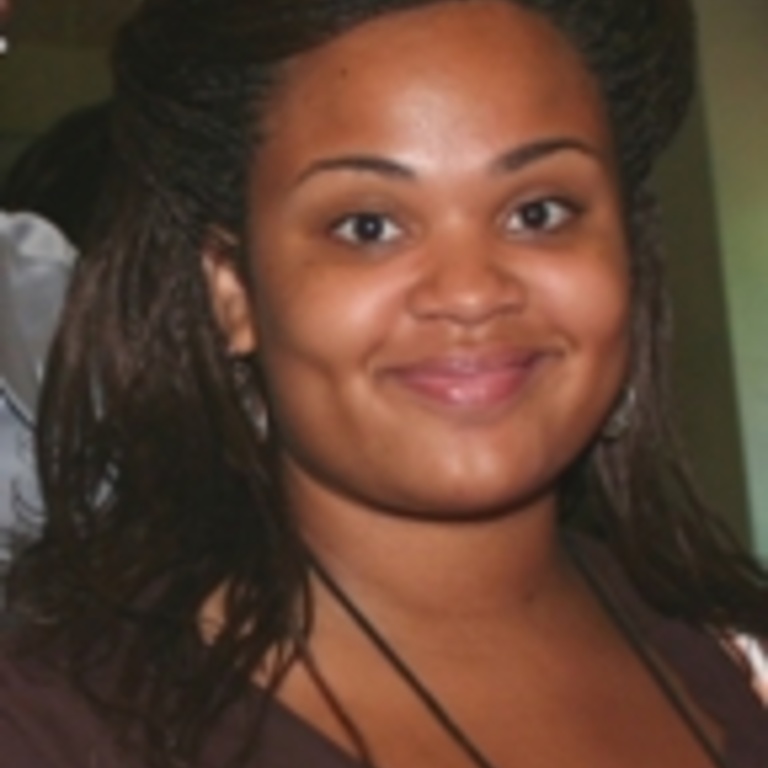 The Black church has been an institution that has traditionally taken on many different titles, jobs, roles, etc., in an effort to create an atmosphere where Black masses experienced a higher quality of life. It fairly lucid to identify those times in the American past that are indicative of the churches 'all comprehending' nature. I am interested in examining the Black church through this "traditional" lens (of being an all comprehending institution) in order to evaluate the church's contemporary function in society. 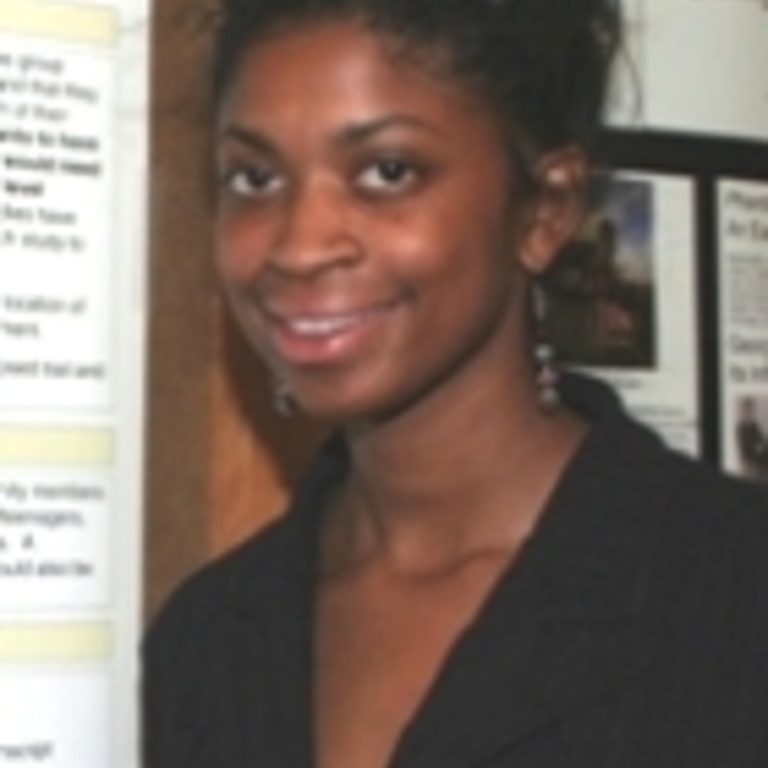 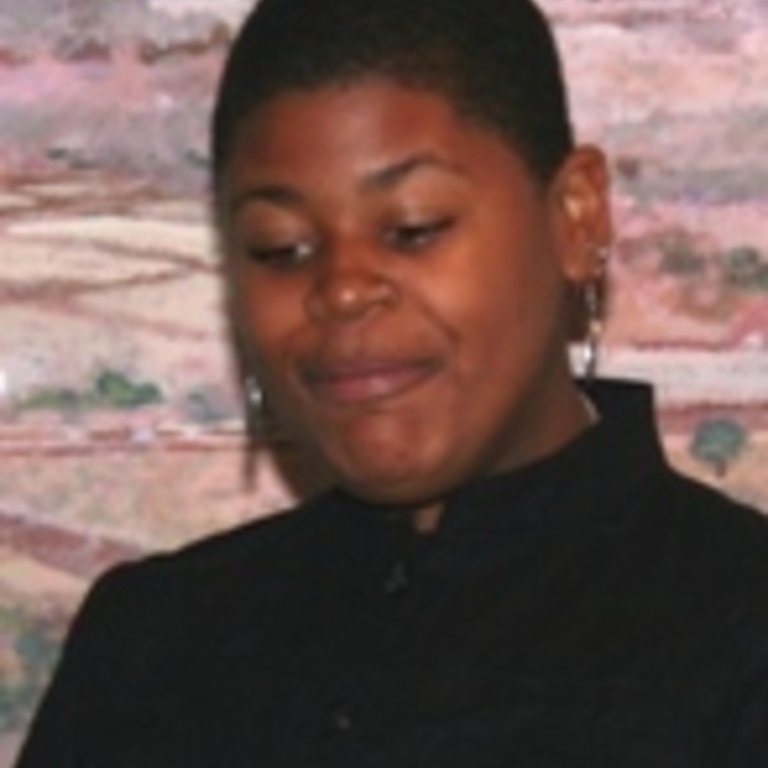 Self-handicapping is defined as "the proactive use of excuses and reduced effort by individuals prior to a socially evaluative event for the purpose of protecting their self-esteem (or status according to status characteristics theory) from potential negative feedback." Data already shows that males self-handicap while females do not and White males self-handicap more than any other group. 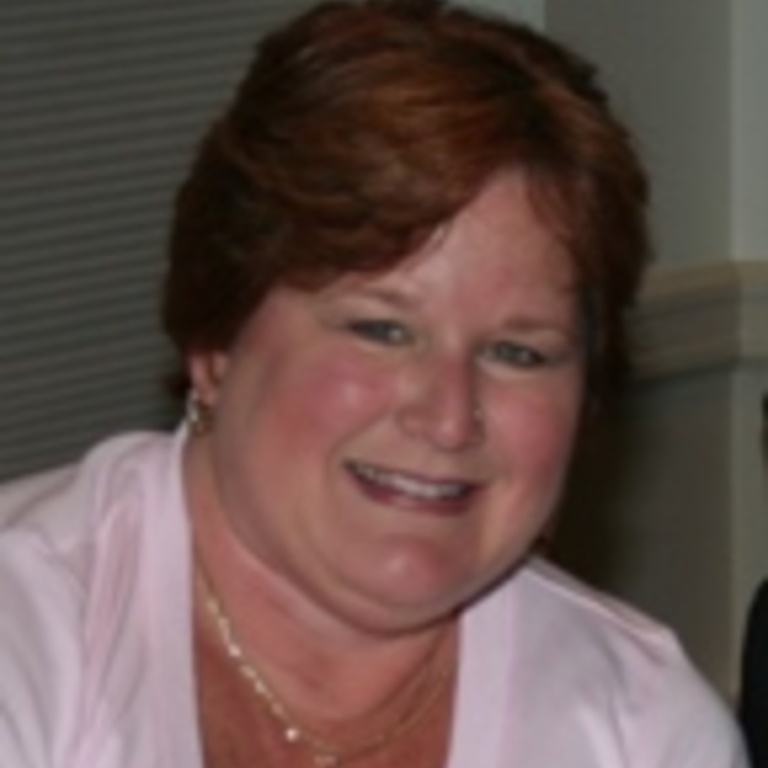 Many people may be familiar with the scandal surrounding the Enron Corporation. The Chief Executive Officer (CEO) and Chairman of Enron, Kenneth Lay, was recently convicted of illegal actions that cost many Enron employees substantial amounts of money through the loss of jobs, pensions, and other benefits. Fewer people may be aware that Kenneth Lay was born in Tyrone, Missouri into an impoverished background, with a father who was a minister and part-time salesman. 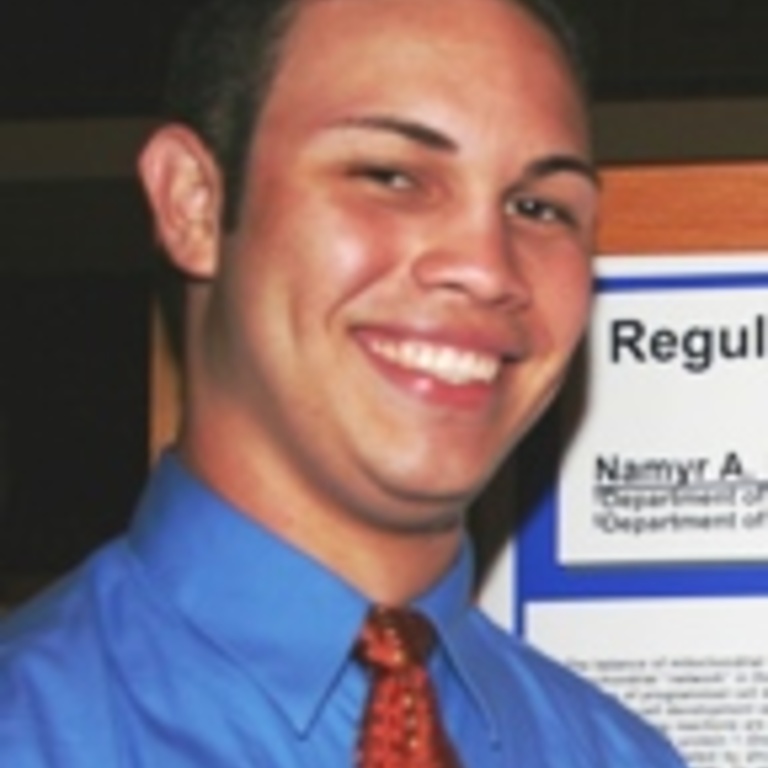 The balance of mitochondrial fission and fusion (MFF) determines the size and interconnectivity of the mitochondrial "network" in the cell and it's also crucial in whether or not certain cells should die in the process of programmed cell death. MFF dynamics is not only critical for apoptosis, but also important for proper cell development and physiology. Not surprisingly, mutations in the enzymes that carry out these opposing reactions are responsible for several human diseases. 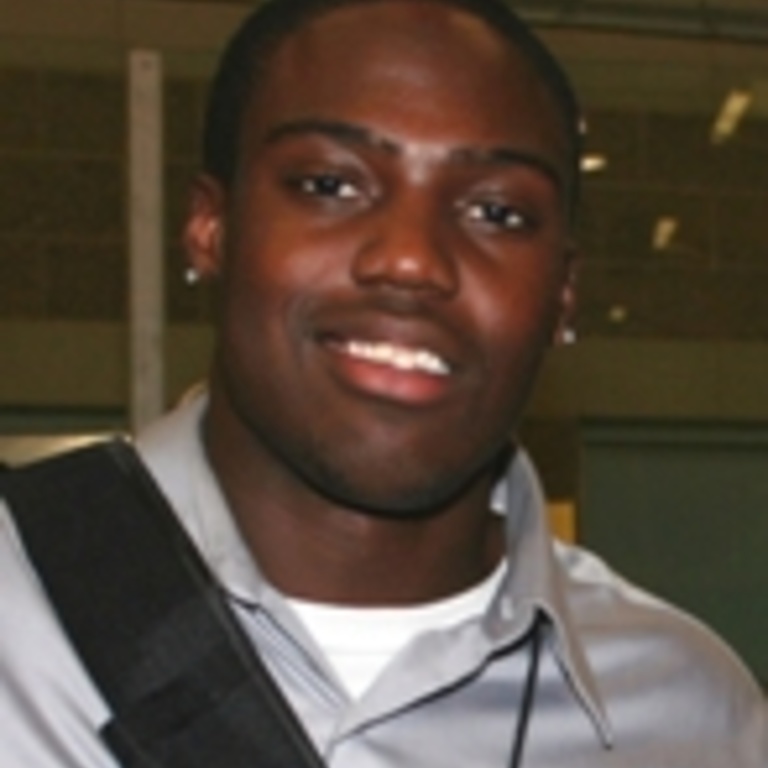 Adolescent substance use continues to be a problem that afflicts society. The relationship between organized sports and adolescent substance use is complex because of the many parameters that need analysis (Peretti-Watel, Guaglioardo, Verger, Pruvost, Mignon & Obadia, 2003). Some research posits that youth acquire a better sense of self and moral values through participating in sports (Gatz, Messner & Ball-Rokeach, 2002). Other research associates sports participation with higher levels of alcohol use (Caldwell & Darling, 1999). 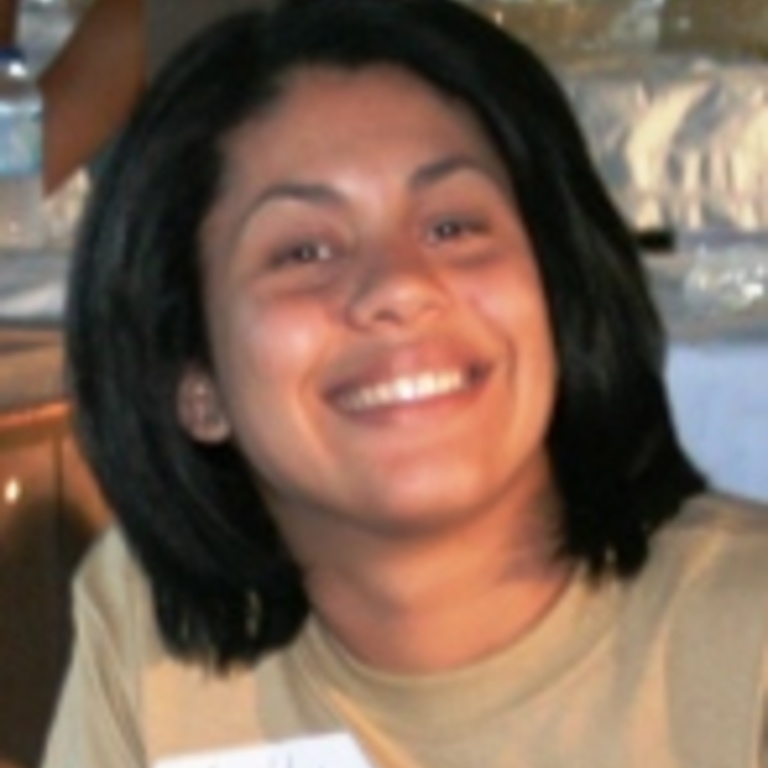 We propose that Mihelich's diastereoselective directed epoxidation of homoallylic alcohols can be extended to gamma-hydroxyenamides, resulting in efficient access to 1,2,4-trioxygenated synthons for natural product synthesis. To obtain the required gamma-hydroxyenamide for this study, N-allyl-N'-methyl-2-imidazolidinone was prepared, and its derived homoenolate anion was added to benzaldehyde. 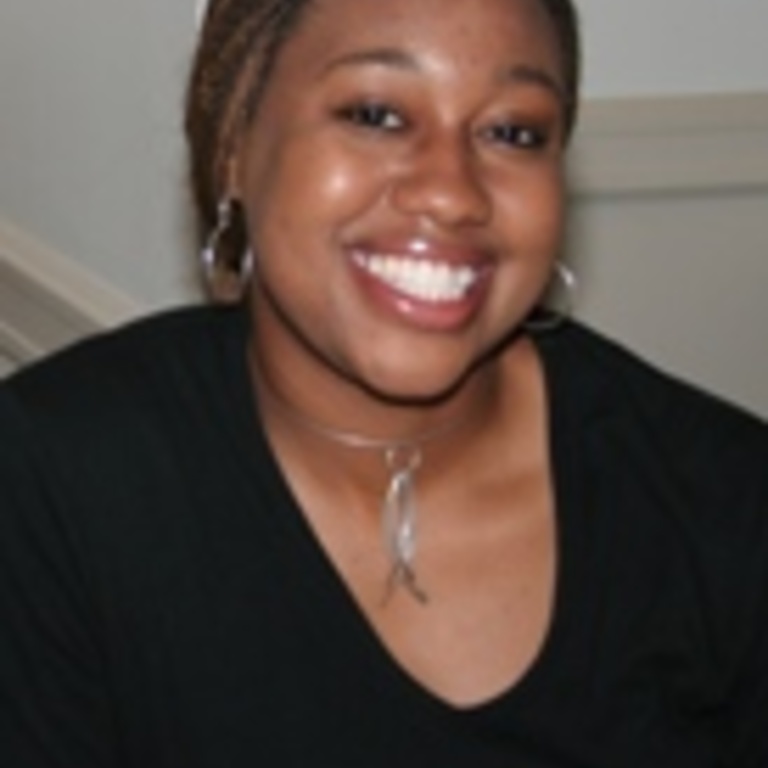 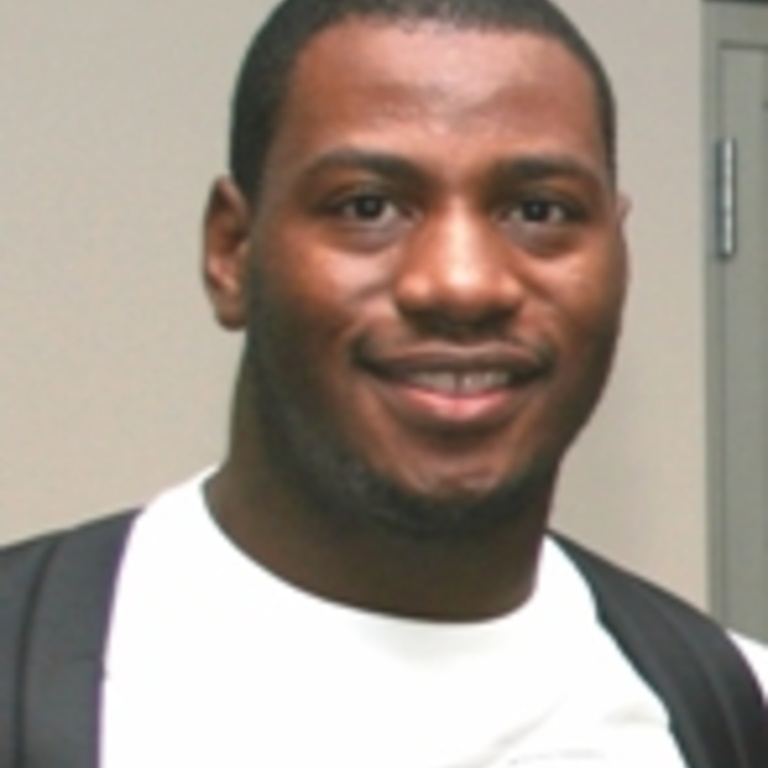 Butterfield (1995) suggests that the code of honor held by whites in the Old South may have diffused to southern African American and continues to generate honor-related or respect-related violence by contemporary African American males. We test this by linking 1850 census data to contemporary homicide data (1999-2001) at the level of U. S. counties. Census data for 1850 are used to measure factors that my have caused the code of honor to arise in the Old South, namely, herding economies, Scotch-Irish communities, and the absence of farming communities.

University of Iowa
Participation year
2006
Mentor
Dr. Michael Lovaglia
Project title
My Little Secret: Men That Sleep With Other Men on the "Down Low"
Abstract

Salvinorin A is the main active psychotropic constituent of the plant Salvia divinorum (diviner's sage, Mexican mint). Salvinorin A is a hallucinogenic compound and the most potent naturally occurring hallucinogen know to date. Salvinorin is a diterpene of the neoclerodane family. It acts as a kappa opioid receptor agonist and is the first known compound acting on this receptor that does not have a basic nitrogen. The psychoactive effects of salvinorin A are similar to those of other kappa opioid receptor agonists. 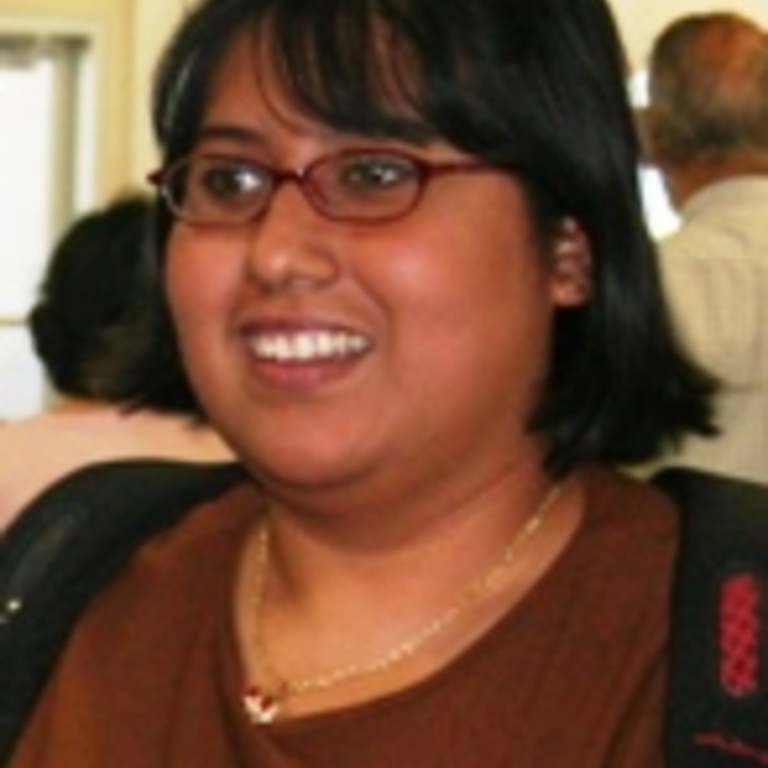 Hypothesis: Human Herpes Virus-8 is transmitted from the mother at birth and the virus remains dormant.

Significance: The research that the lab is conducting is important because positive results will help future generations so we are able to find an explanation or perhaps a vaccine. At least 80% of the population has Human Simplex 1 (Cold Sores/ Fever Blisters). 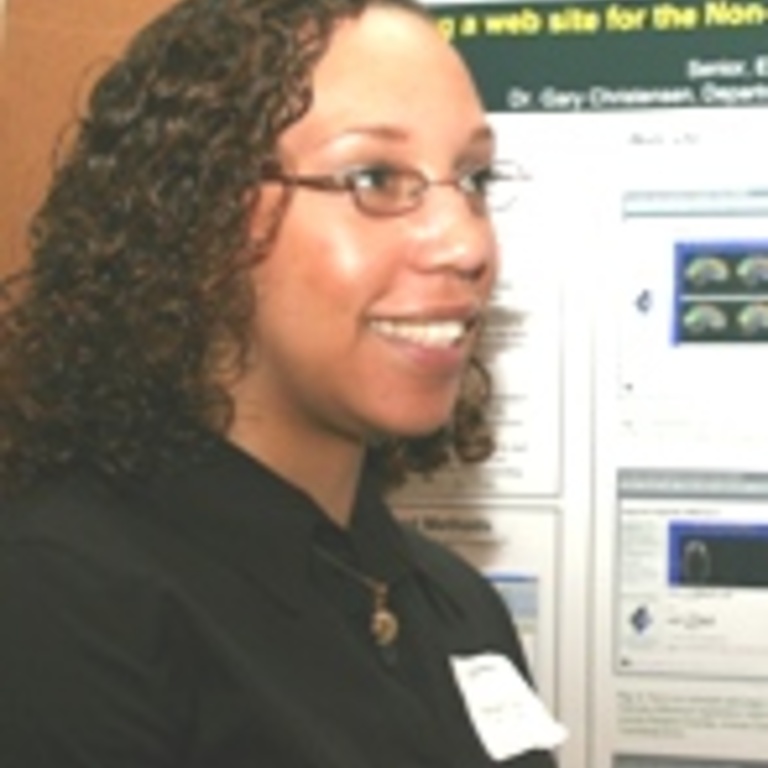 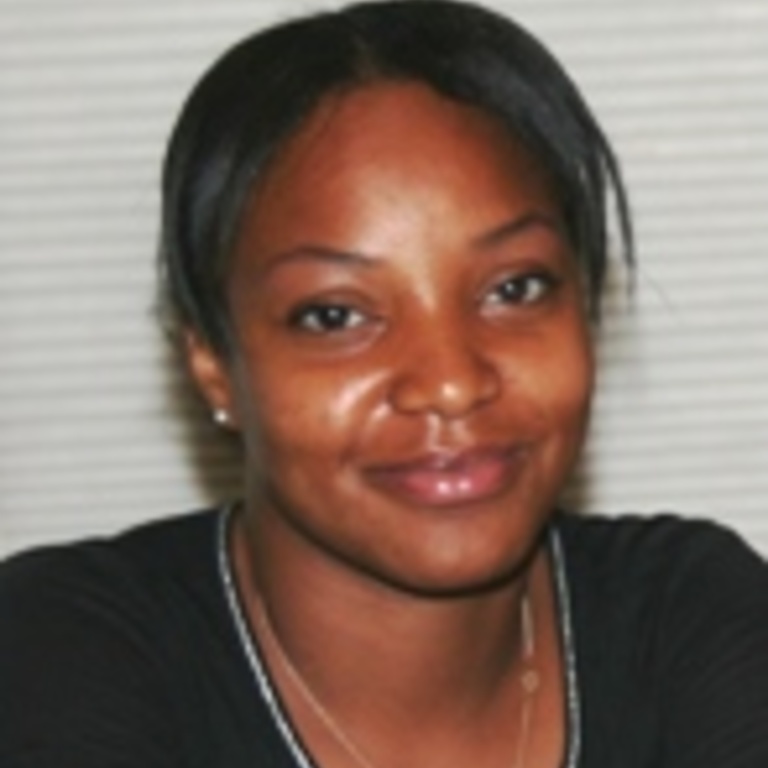 Cancer is a debilitating disease that results in long-term physical impairment and psychological distress. In this study, we examined the effects of three coping styles (instrumental coping, palliative coping and avoidant coping) and positive/negative affect on physical functioning and symptom interference in everyday life among 88 cancer patients. Participants completed study measures at baseline, and at 6 month and 1 year post-treatment. Results suggest that negative coping predicts reduced physical functioning and increased symptom interference. 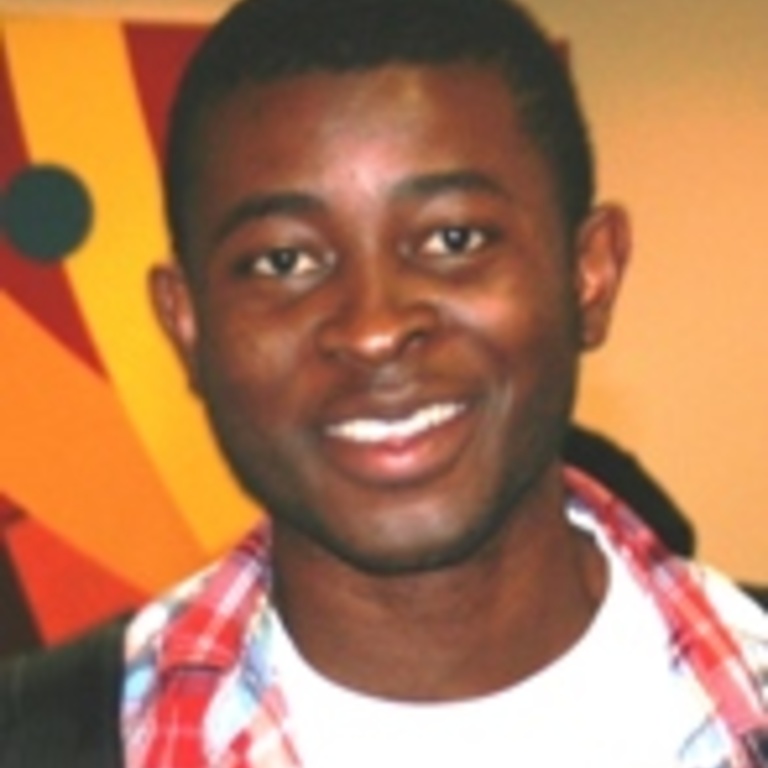 Hitherto, Cosmologists have been able to explain some observed facts about the universe such as the origin of cosmic background radiation, the formation of galaxies and the large scale structure of Universe. But some currently observed facts require a refined model to be adequately explained. One such fact is the 73% dark energy, 23% dark matter, and 4% baryon composition of the Universe. Theoretical physicists are making fervent attempts to explain some of these facts by introducing the idea of fields as a source of these newly observed objects such as dark energy.