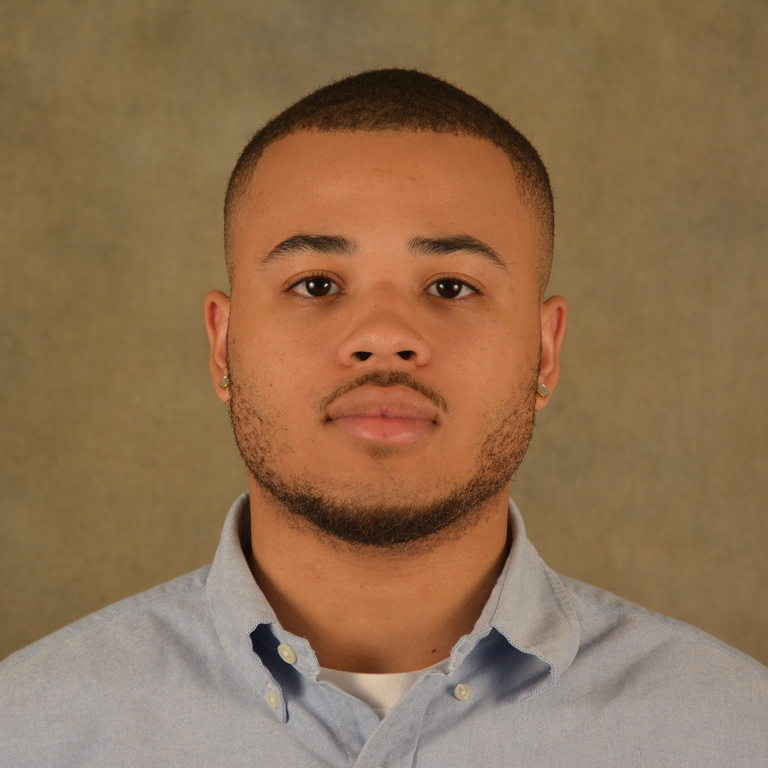 This research examines the school experiences of Black students in the Iowa City Community School District. The study uses data from a school climate survey that was administered to all 6th, 8th, and 11th grade students in February 2016. The study focuses on teacher relationships and mentorship, inclusive communities, and the discipline environment to understand what aspects of the school environments are experienced unequally. 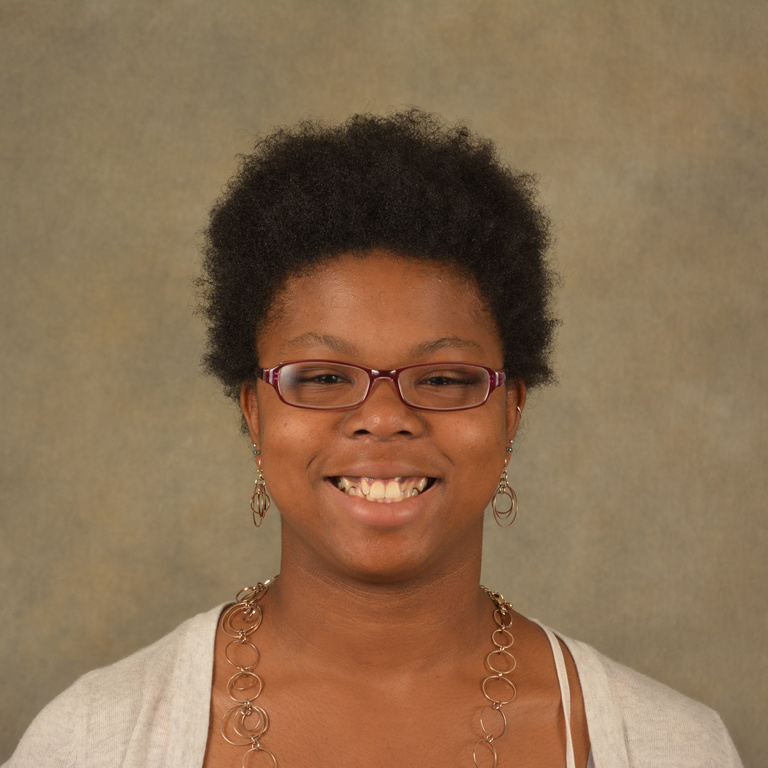 Goal of the Study: The goal of this study is to use optical stimulation of the BLAà mEC axon terminals to determine if this activation can alter the consolidation of cued-response learning. 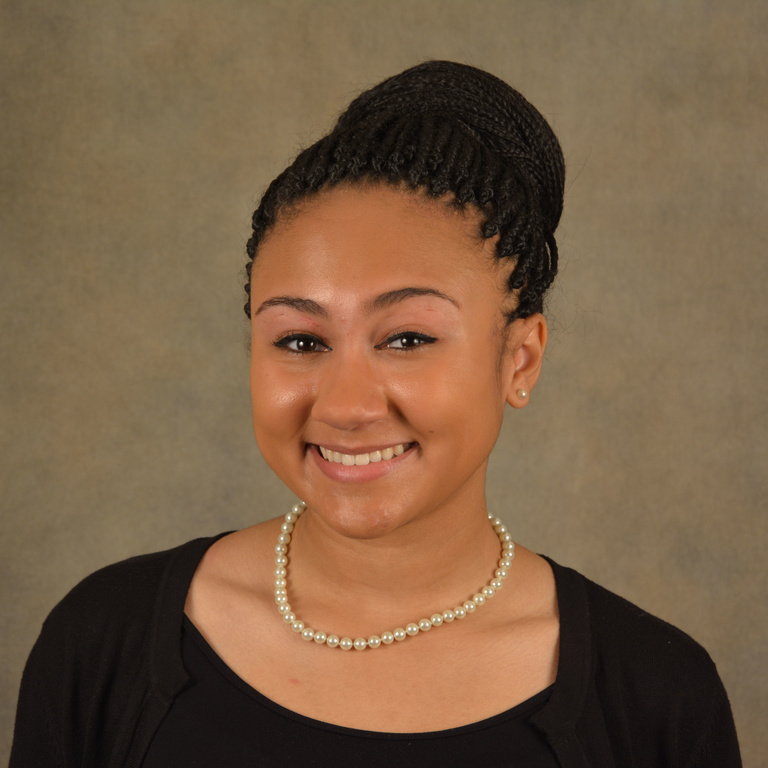 Doxorubicin is a drug used in treatments for cancer patients during chemotherapy.  However, due to whole body side effects such as killing fast growing cells, causing hair loss, and damaging the heart, doxorubicin is primarily of interest for targeted drug delivery.  By loading doxorubicin in porous nanoparticles with iron oxide cores, the magnetic properties of the nanoparticles can be used to direct the drug to the target area within the body.  This summer I worked in the lab of Dr. 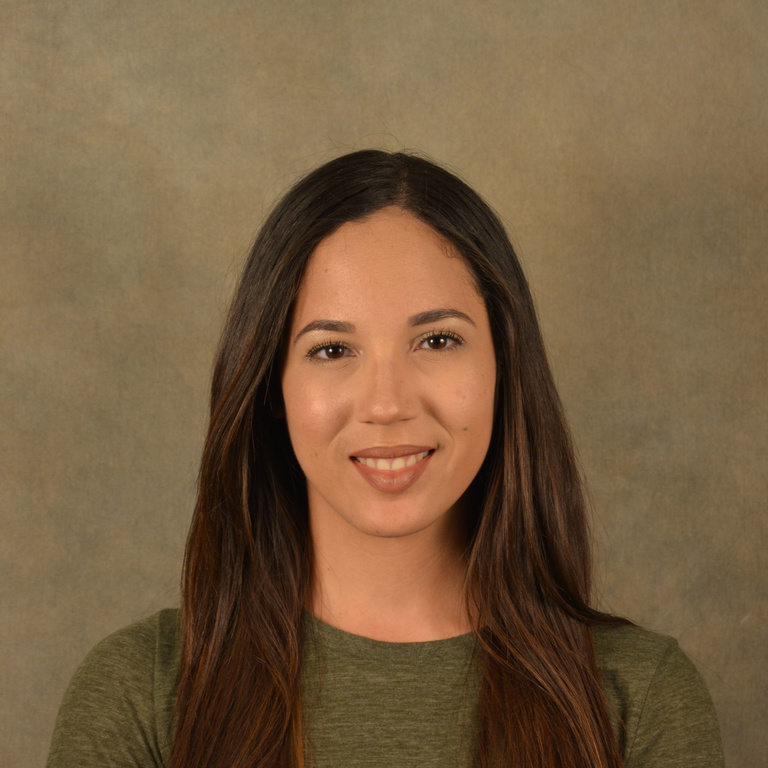 Parkinson's disease (PD) is a neurodegenerative disorder characterized by a progressive and selective loss of dopaminergic neurons in the substantia nigra pars compacta (SNc). All cells use calcium (Ca2+), among other ions, to produce signals that regulate cell function. Ca2+ signals in neurons alter electrical activity and stimulate release of neurotransmitters. 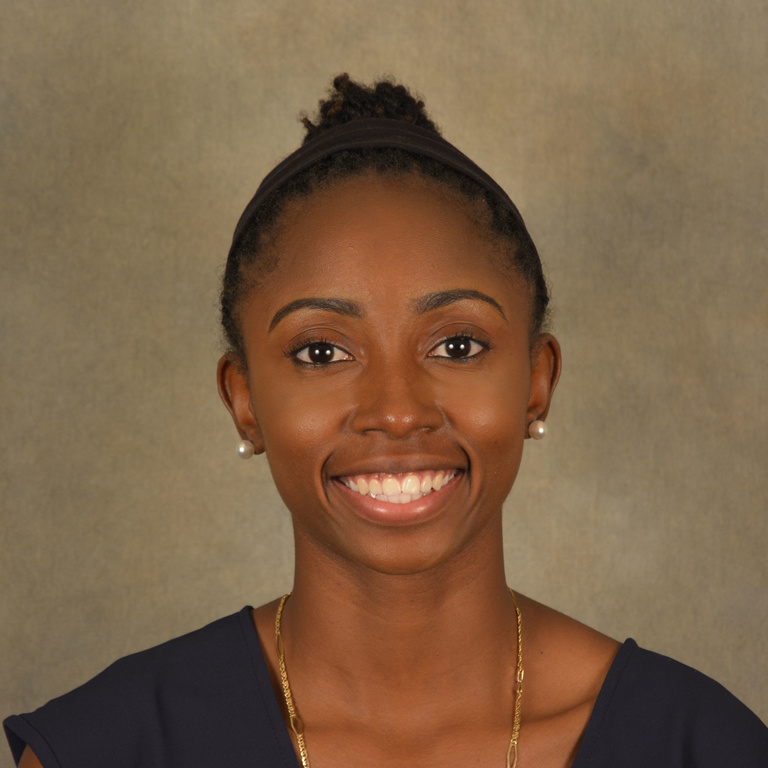 Every individual reacts differently to pain and as a result, pain is different to treat. Pain can erupt from damage to any tissue and persist even in the absence of tissue damage. Previous literature suggest that people move differently in the presence of pain, before the pain has begun and after the resolution of pain. Pain can cause physiological barriers in individuals with chronic pain, this can put a negative effect on everyday activities. 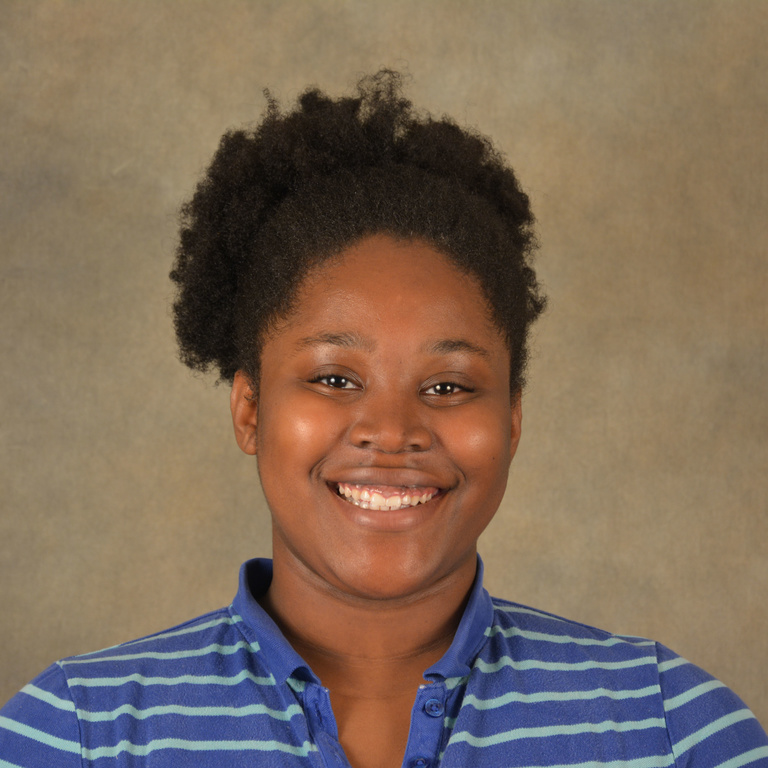 Approximately 3 to 5 percent of women in the United States are affected by preeclampsia. Due to this fact we have decided that studying the embryonic brain is a good method to see how infants may be affected during and after preeclampsia. Using an animal model, we will implant a pump, releasing vasopressin (AVP) into a pregnant mouse, to stimulate an increase in high blood pressure to mimic a human mother during preeclampsia. 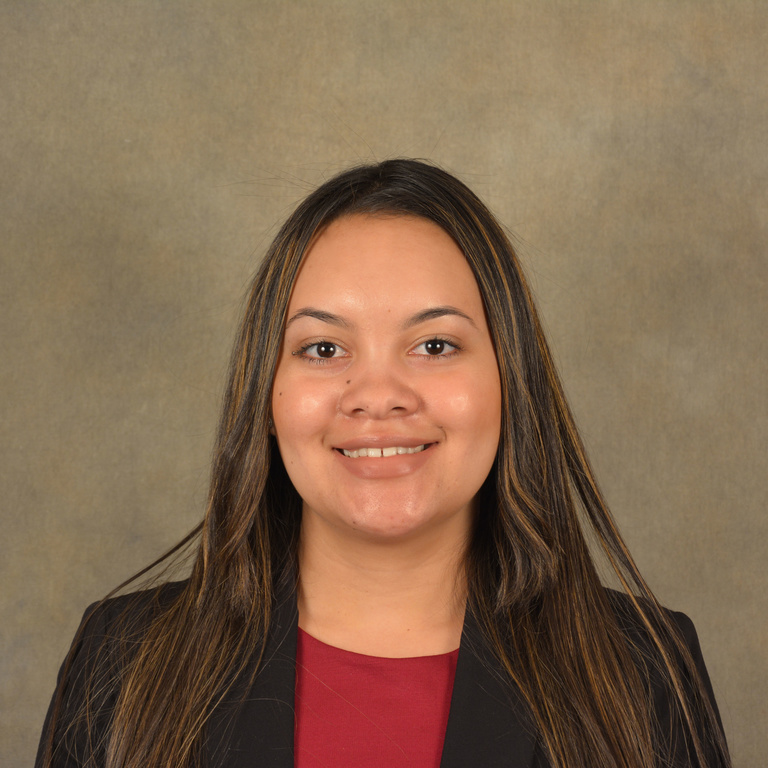 Previous work investigating the neurobiology of reward-seeking behaviors have indicated a connection between the dorsal agranular insular cortex (Ald) and cocaine-seeking behaviors, as blocking neuronal activity in the AId reduces cued reinstatement.  However, there is very limited research about how specific receptors within the Ald contribute to this regulation of drug seeking. Thus the current study investigated how D1 receptors in the Ald influence cocaine-seeking behaviors during reinstatement testing in rats. 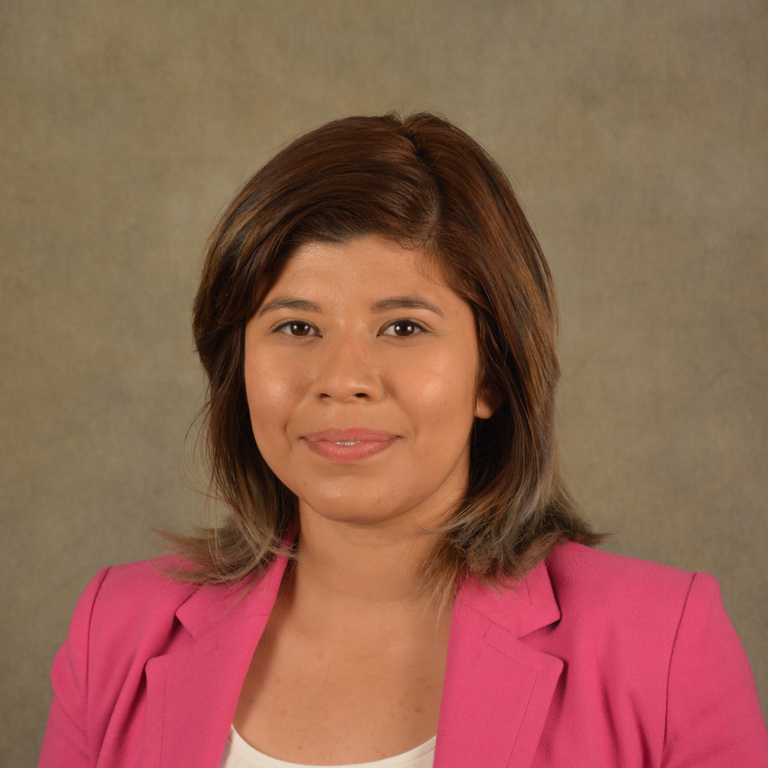 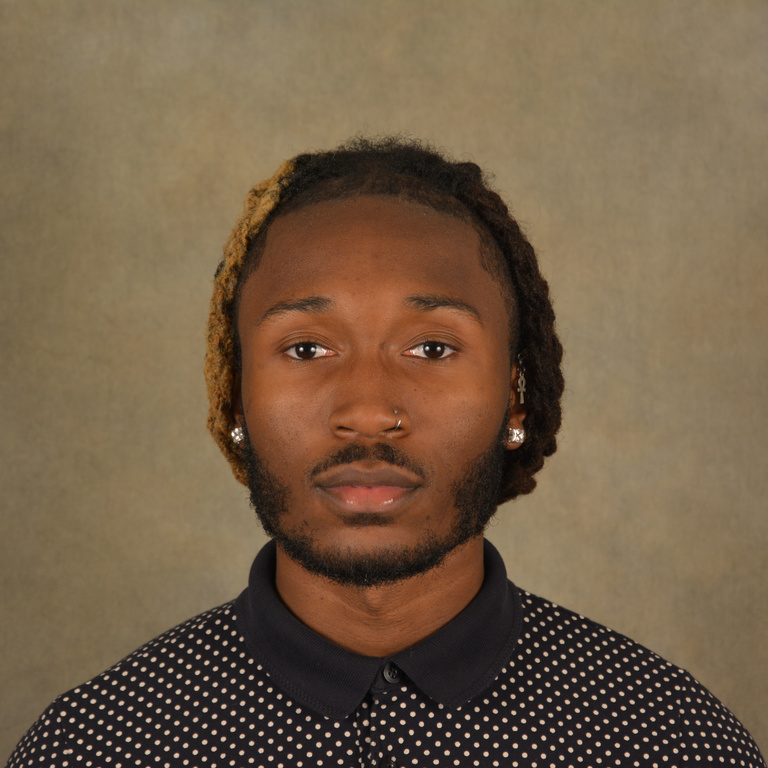 In society today there are many underlying social problems such as injustice, a bad economy, or a need for cultural improvement amongst citizens. Oftentimes this is the thrust that inspires people to rediscover their sense of people power. This is where community based arts is imperative. A healthy community depends on engaged citizens who engage productively.  Communities and residents have the ability to work hand and hand to find common ground on tough issues and enhance cultural development. 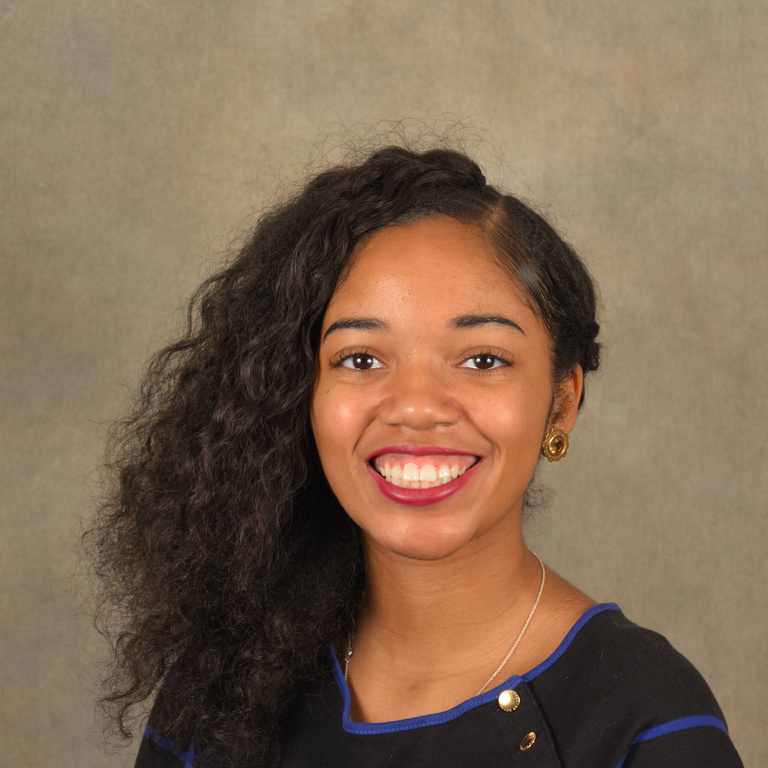 Purpose: We asked whether improvements in finite morpheme use would be observed in the narrative retells of children with specific language impairment (SLI) after receiving intervention focused on past tense. Half of the children began with highly frequent, telic, simple to produce verbs (aka easy first); half began with low frequency, atelic words with complex phonology (aka hard first). 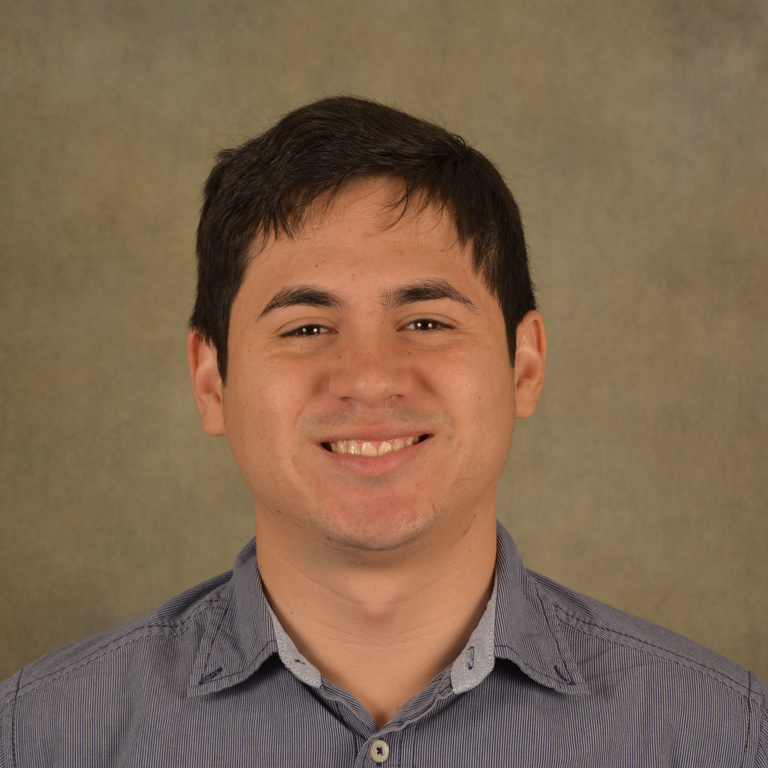 What influences an individual's support for terrorism? One important factor is how much an individual benefits from a terrorist group, including receiving social services. There is an extensive body of literature that has documented how Islamic groups such as Hamas and Hezbollah have set up extensive networks of social services, the latter of which is often recognized as far superior than that of the Lebanese state in terms of organization and resources. 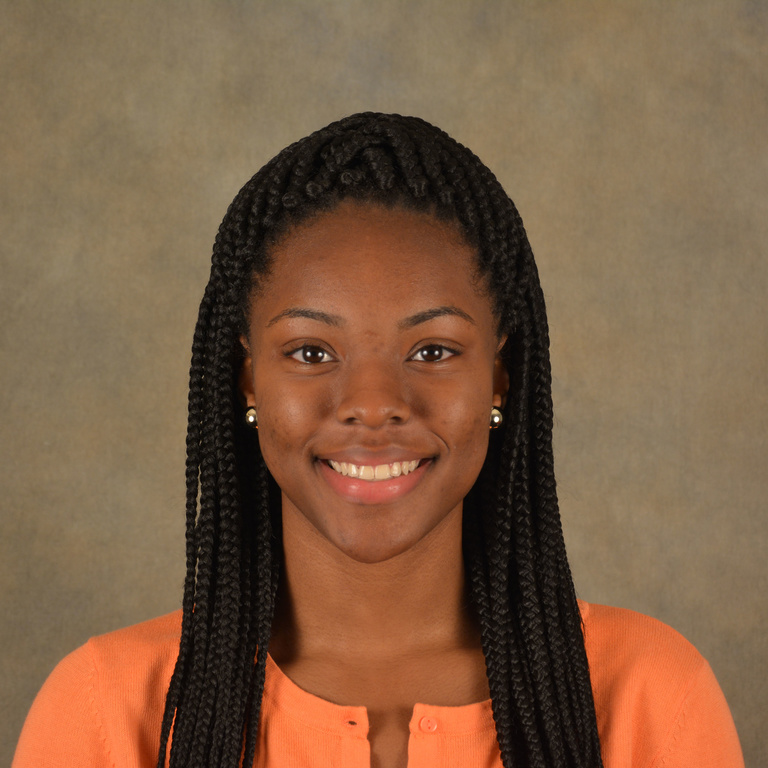 During the period of adolescence, individuals are in the process of developing an identity for themselves, which involves taking risks and exploring the world for new perspectives. Substance use among adolescents stems from peer pressure, the need for an outlet from stressors related to family, school, or personal problems, and yearning to experience new things. Commonly, marijuana is the most prevalent illicit drug used in America according to the National Institute on Drug Abuse. 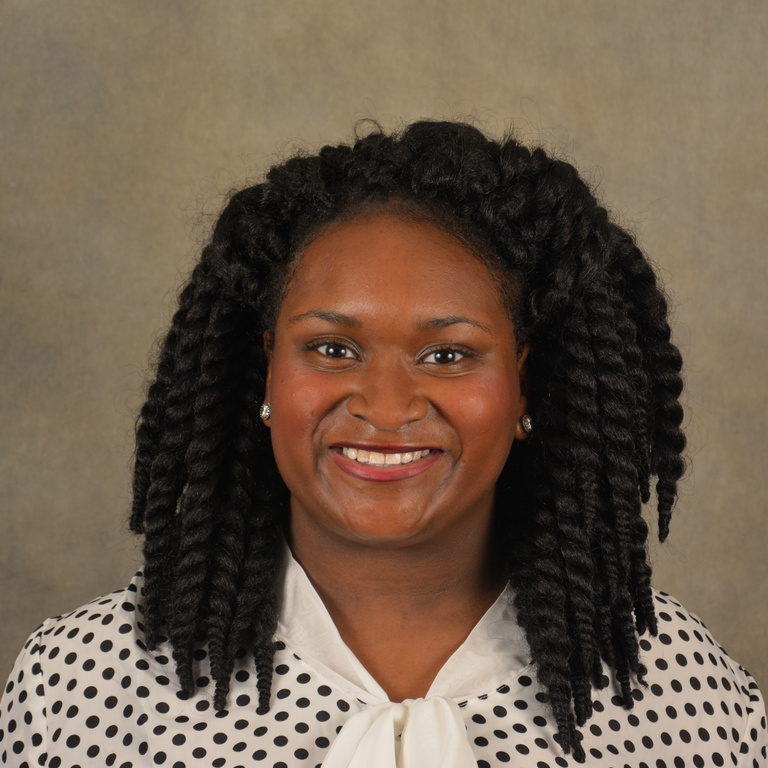 Ross, Mirowsky, and Pribesh (2001) developed and tested a theory of trust, which asserts that mistrust develops in neighborhoods where resources are scarce and threat is common, and among individuals with few resources and who feel powerless to avoid or manage the threat. Since deindustrialization, black residents in Detroit, Michigan have been forced to deal with poor fiscal conditions, public services, and schools. The lack of resources in Detroit has led to an influx of crime and neighborhood disorder. 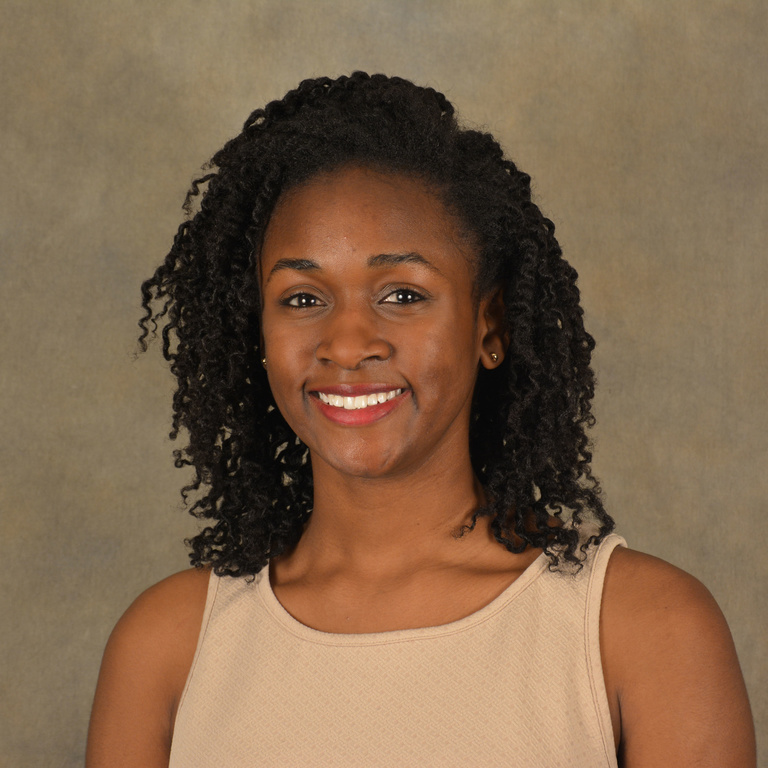 There have been conflicting reports about the relative prevalence of maternal depression in African American vs. Caucasian mothers. Not only is available evidence dated, these epidemiological studies did not include the assessment of stress, a known risk factor for depression.  The current secondary analysis of data made available by the Iowa Department of Public Health addressed these limitations. 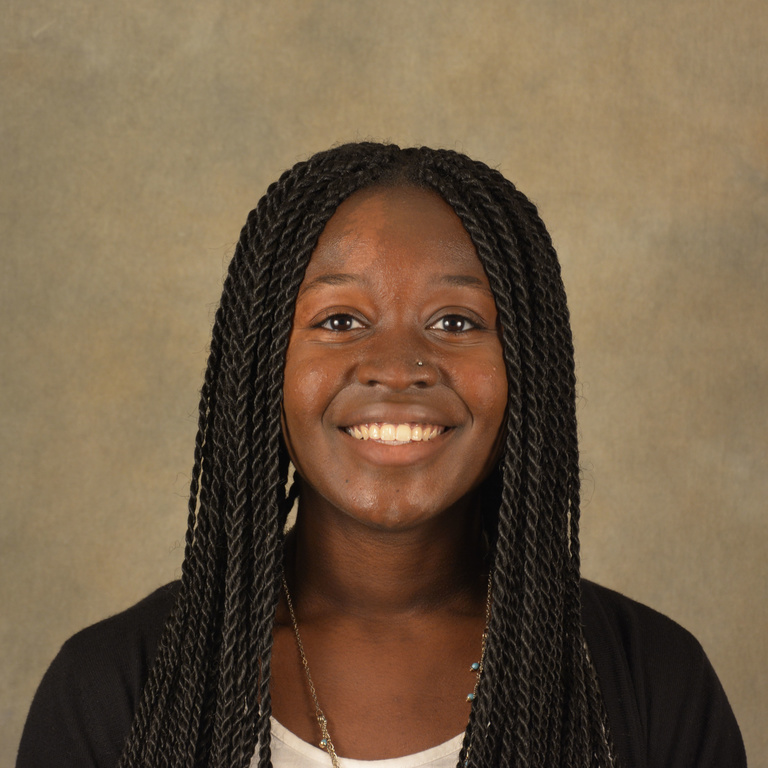 Investigating both maternal psychopathology and maternal health behaviors is imperative to our understanding of perinatal health. While the existing literature documents the marked effect of perinatal depression on maternal psychopathology in the postpartum period, perinatal anxiety, specifically perinatal PTSD, has received less attention. Thus, the current study aims to investigate the maternal health behaviors in the prenatal period that are predictive of postpartum PTSD and depressive symptoms. 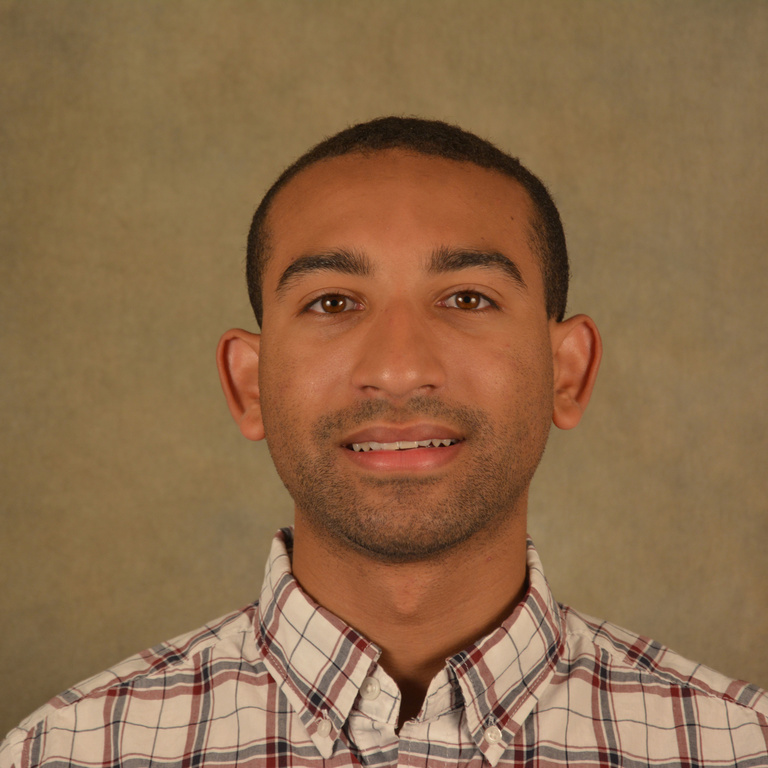 This study centers on two children from the CHILDES database, Naima and Ethan, whose language development between ages 2 and 3 is characterized by pronoun reversal errors: pronoun ‘you’ was used as if it were ‘I’ and ‘I’ as if it were ‘you’. Interestingly enough, Naima was a normally developing, precocious speaker while Ethan was diagnosed with Asperger Syndrome (AS). 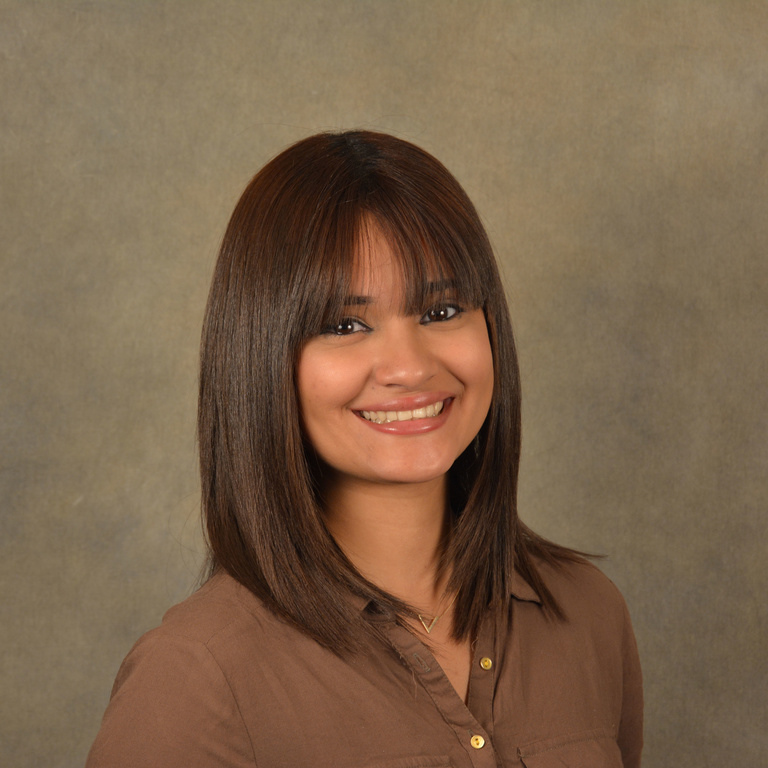 This study evaluates the accuracy of two free speech-to-text (STT) software programs that could be used with Spanish-speaking students diagnosed with learning disabilities. Puerto Rico’s Department of Education uses Spanish as the official instructional language in the learning process in public schools, given that the first language in Puerto Rico is Spanish. 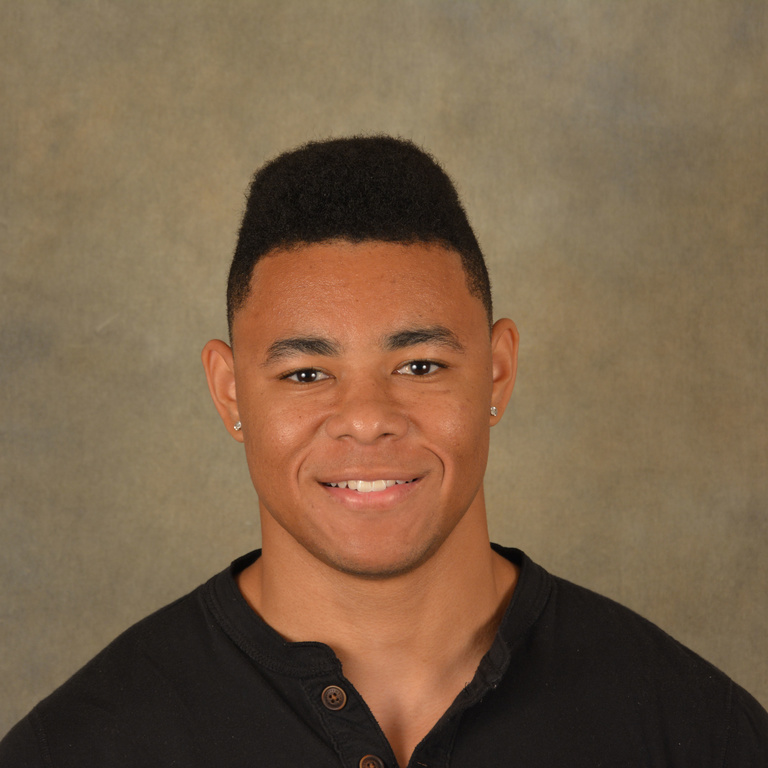 Preeclampsia is a gestational disorder affecting 4-8% of all pregnancies.  It is characterized by mid-gestational onset of hypertension, proteinuria, and multi-organ system failure leading to increased maternal and fetal morbidity and mortality.  Currently, there are no practical screening tests or treatments for preeclampsia.  Indeed, the only “cure” for preeclampsia has been and remains to be the delivery of the fetus and placenta.  Recently, our group has discovered that arginine vasopressin (AVP) secretion is elevated as early as six weeks gestation i 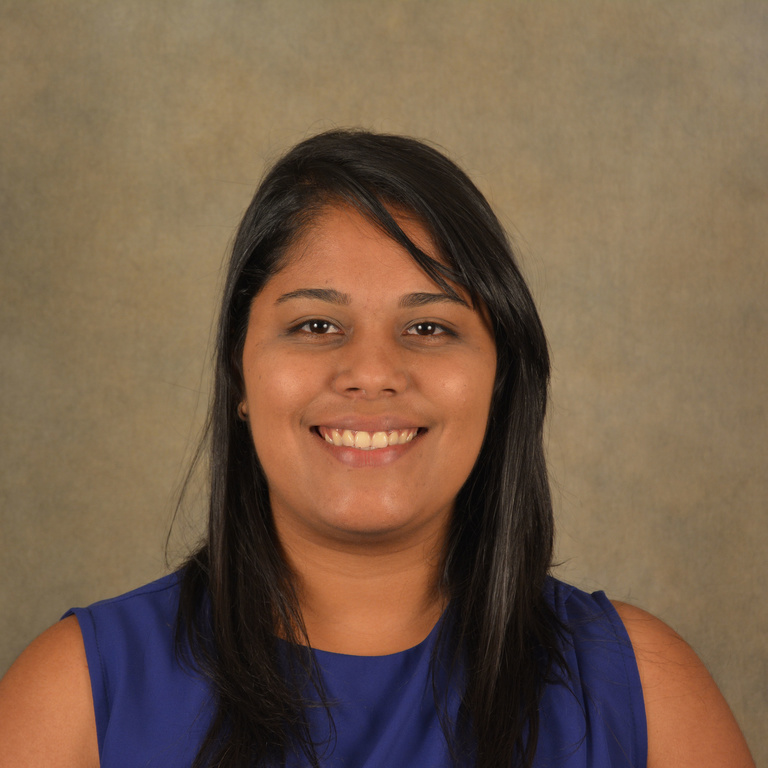 The focus of this project is :1) investigate the relationship between the party control and the distribution of public funds in the Federal Qualified Health Centers. 2) identify any relationship between the political ideologies of states with the funds that are distributed in the country with the exchange for political favors. 3) observe the evaluation criteria that consider the allocation of funds among underserved areas that receive more aid than others. 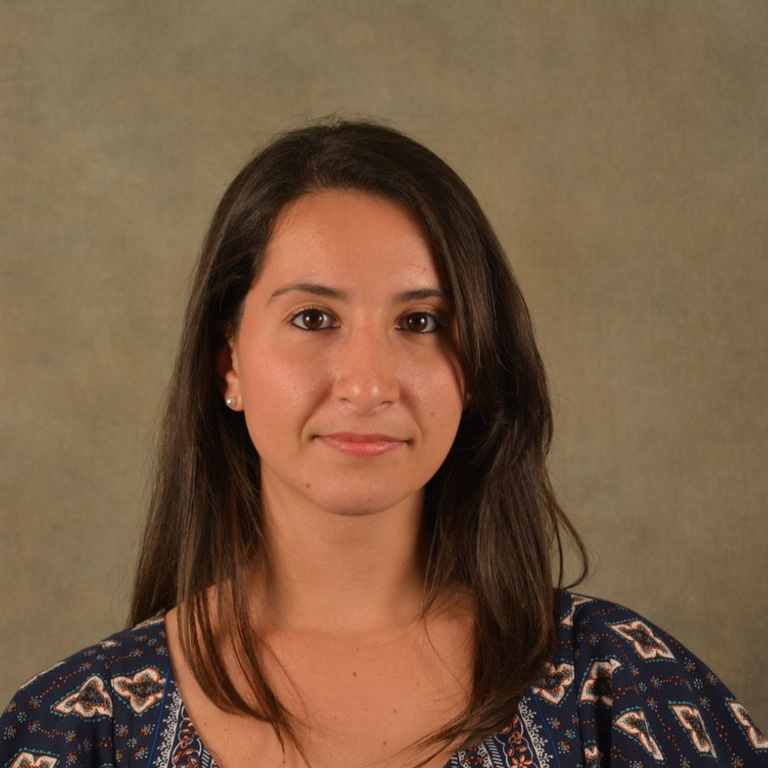 The aim of this research was to correlate the levels of depression in adolescents with noncompliant behaviors. A sample of 216 sophomore students, 41.7% male and 58.7% females, was collected from urban and rural Iowa high schools. Eligibility criteria included the student being currently enrolled in tenth grade, either fifteen or sixteen years old, and, as an indicator of a possible risk factor, that the student have at least one friend who smokes cigarette. 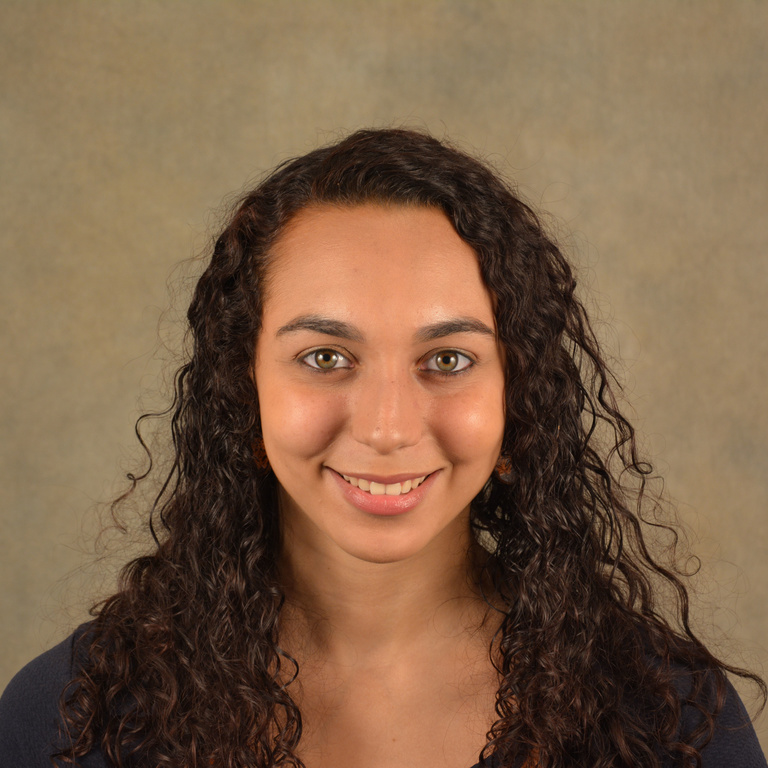 The medieval romances Richard Coer de Lyon and The Roman de Melusine or L'histoire de Lusignan present women who are simultaneously mothers and monsters. These contradictory figures embody a crucial tension found in depictions of maternity in medieval literature. 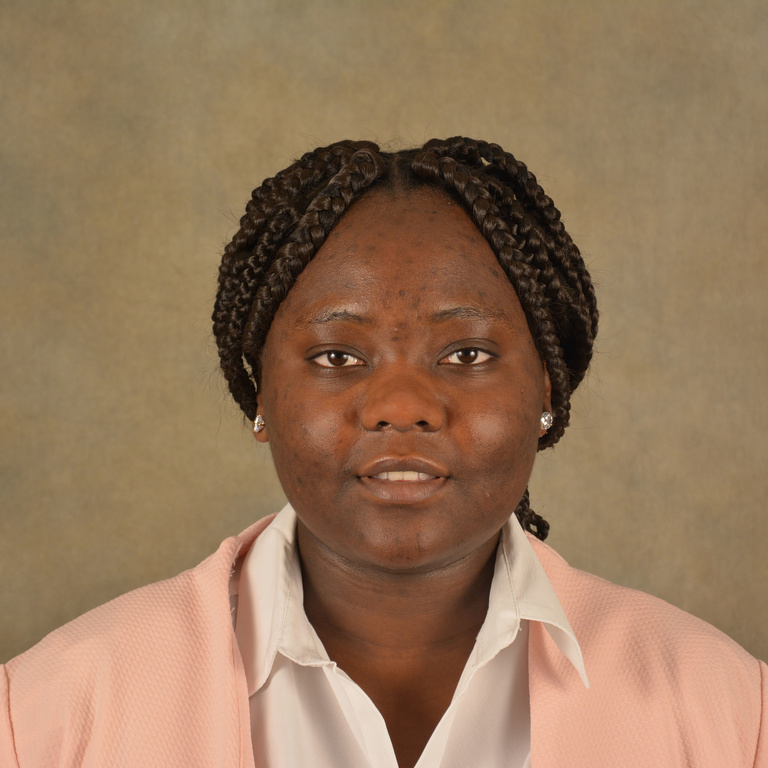 Exosomes are extracellular nanovesicles secreted by a variety of cells that contain cargo that can be delivered to recipient cells, leading to their physiological roles in regulating the host cell. Exosomes are found in many biological fluids such as semen. 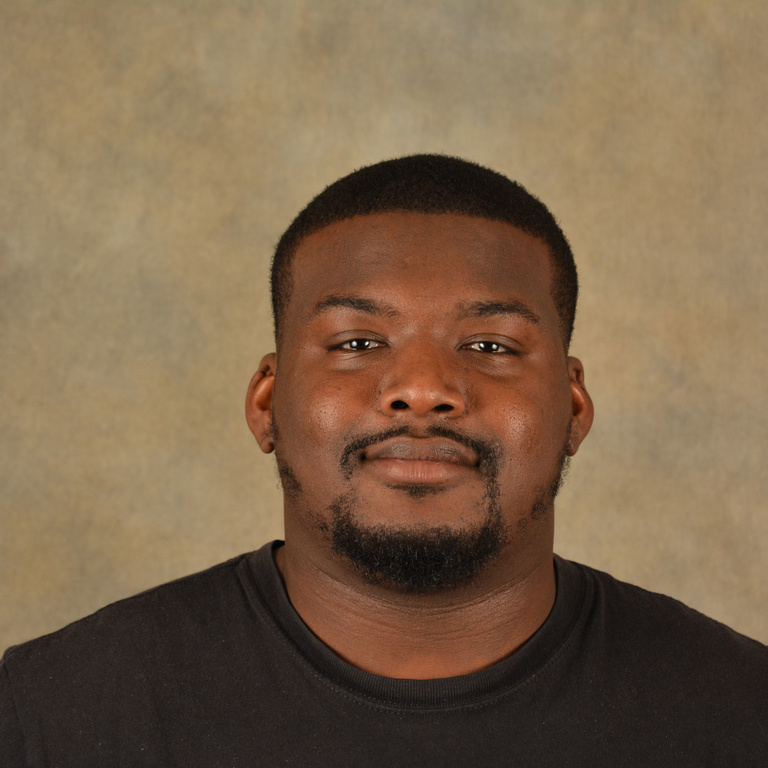 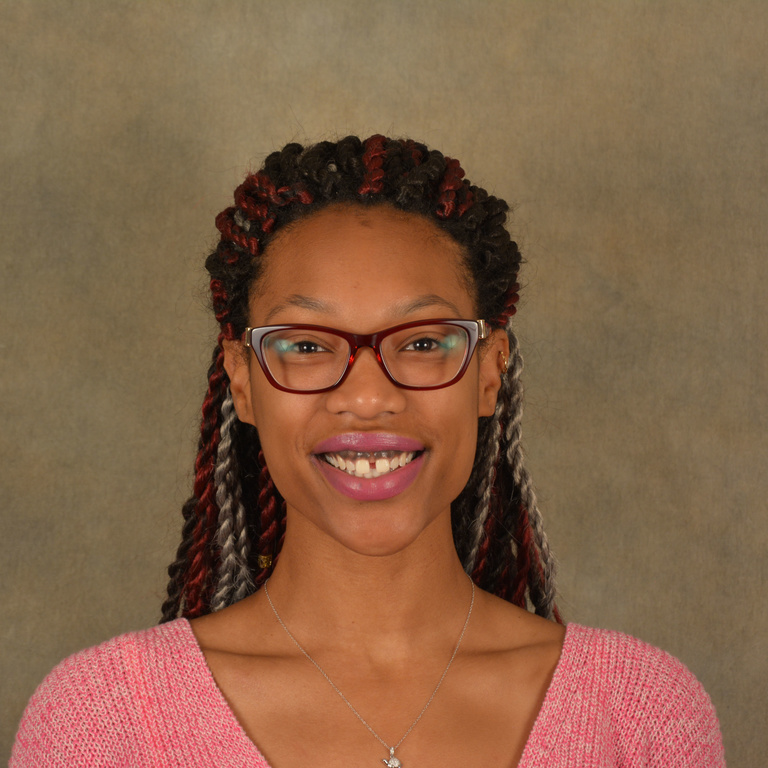 By all accounts, cannabis use among older Americans is increasing. While much of the growth has been attributed to the entry of a more tolerant baby boom cohort into older age, recent evidence suggests the pathways to cannabis are more complex. Older persons are responding variably to changing social and legal environments. They also are experiencing an increase in age-related health conditions, many of which may be amenable to medical cannabis. 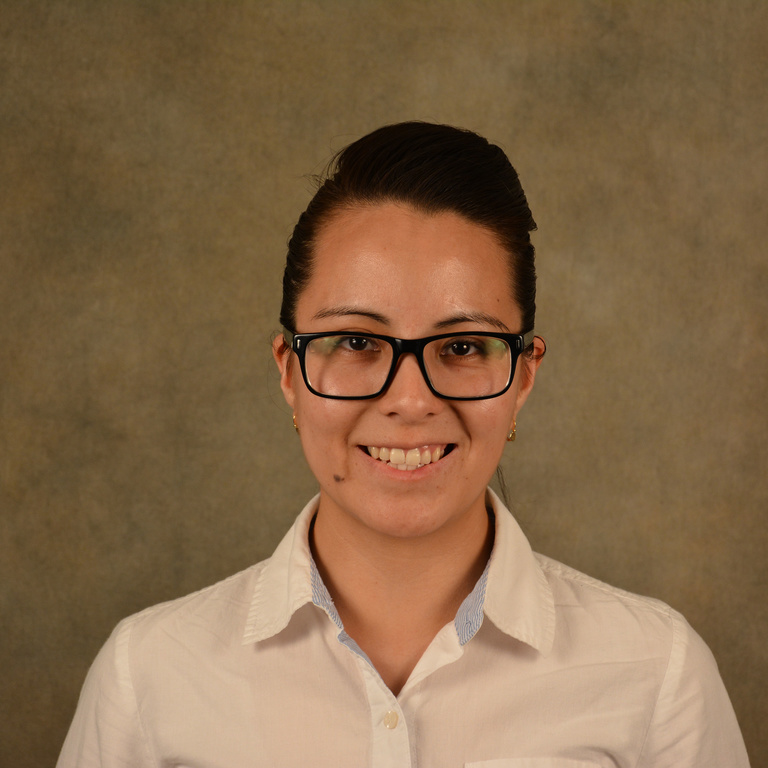 Parasites are often able to manipulate their host behavior by either manipulating its host physiology or interrupting its molecular process.  Behavior alterations benefit the parasite as passing to its new host, will allow it to complete its lifecycle. In previous studies Microphallus sp. has been showed to affect Potamopyrgus antipodarum a New Zealand freshwater snail behavior in its foraging behavior (1). 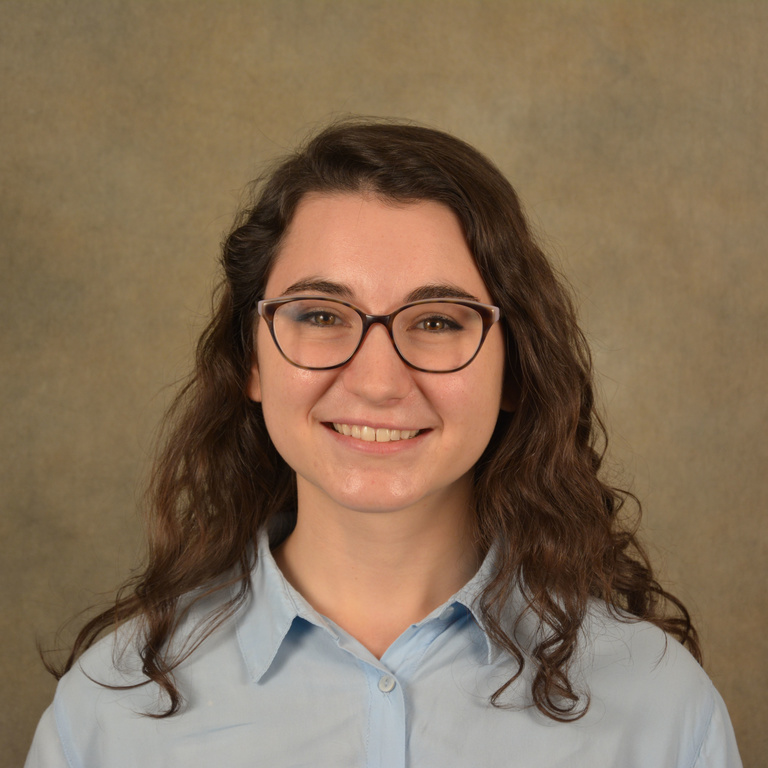 Permeation into the skin from topical drug application favors highly lipophilic drugs due to the low water content and intercellular lipids of the stratum corneum (outermost layer of the skin). However, many lipophilic drugs are BCS Class II or IV with low water solubility that limits their bioavailability in the hydrophilic dermal environment. Thermoreversible poloxamer gels are well tolerated topical delivery systems that can concentrate drug in the epidermis and dermis.