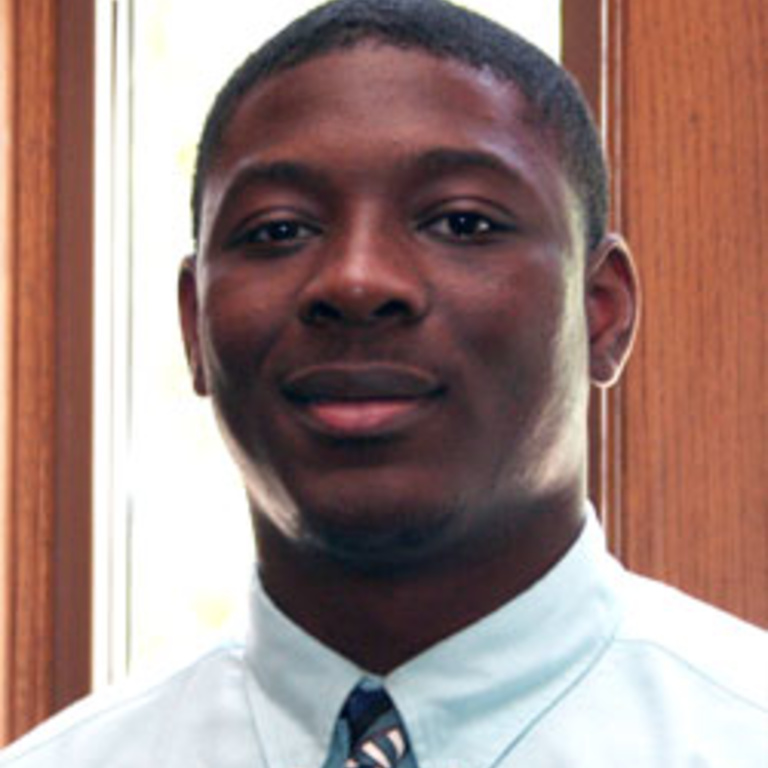 The objective of this study is to test neck strength by analyzing the maximum torque that can be produced from the neck. The marines are experiencing neck pain/injury which could possibly be due to the helmets and night vision attachment design. The goal of this study was to create a normative data set of neck muscle strength. Healthy individuals between the ages of 18-45 were collected through the University of Iowa and the surrounding area population. Strength test were performed using a Biodex System 3.0 Isokinetic dynamometer (Biodex Medical Systems, New York). Mental health is, ""a state of well-being in which the individual realizes his or her own abilities, can cope with the normal stresses of life, can work productively and fruitfully, and is able to make a contribution to his or her community (Center for Disease Control in Prevention, 2011)."" The number of adolescents with a mental health disorder is on the rise. A recent report showed that roughly 1 in 5 children have a diagnosable mental disorder (U.S. National Library of Medicine, 2013). 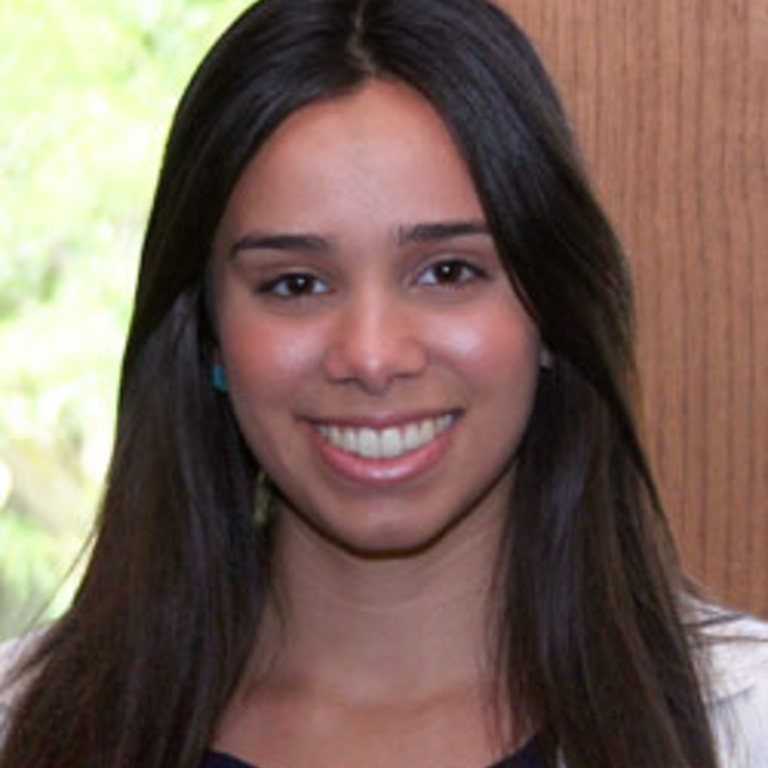 Emotions are fundamental factors driving human behavior. Understanding how one's subjective experience of emotion translates to behavior is one of the central goals of cognitive neuroscience. Previous research has revealed differences in the expression and experience of emotions between racial groups. For instance, previous research has shown that African Americans are more emotionally expressive compared to individuals from other racial groups (e.g., Caucasians, Hispanics, and Asians). However, more research is needed to clarify these differences. 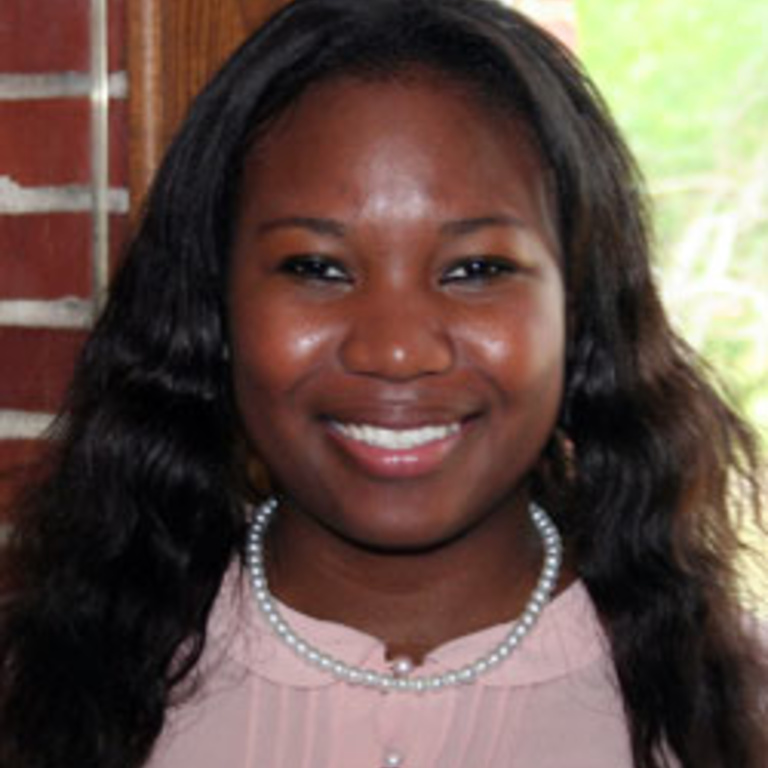 The purpose of this study is to assess the relationship between academic success and adaptive functioning among high ability children with autism spectrum disorder (ASD). Academic success was measured by the Woodcock Johnson Tests of Achievement (3rd Edition) on broad reading, math, written language and oral language scales, and adaptive functioning was measured by the Vineland Adaptive Behavior Scales, 2nd Edition, on communication, socialization and daily living skills scales. Upregulation of epidermal growth factor receptor (EGFR) signaling is observed in most head and neck squamous cell carcinomas (HNSCC) which makes it an attractive candidate for molecular targeted therapies. EGFR inhibitors have demonstrated clinical effectiveness in a subset of patients, however, many HNSCC tumors respond poorly to EGFR inhibitors leading to local recurrence and distant metastases. The purpose of this study is to determine if the glycolytic inhibitor 2-Deoxy-Glucose (2DG) enhances response of head and neck squamous cancer (HNSCC) cells to the EGFR inhibitor erlotinib (ERL). The idea of consciously re-designing the structures of living spaces has been a recurring yet dynamic practice in the United States. Beginning with the invasive efforts of 19th century social workers and reformers, the application of Urban Redevelopment has been overall deficient at addressing the needs of local areas with respect to heterogeneity. 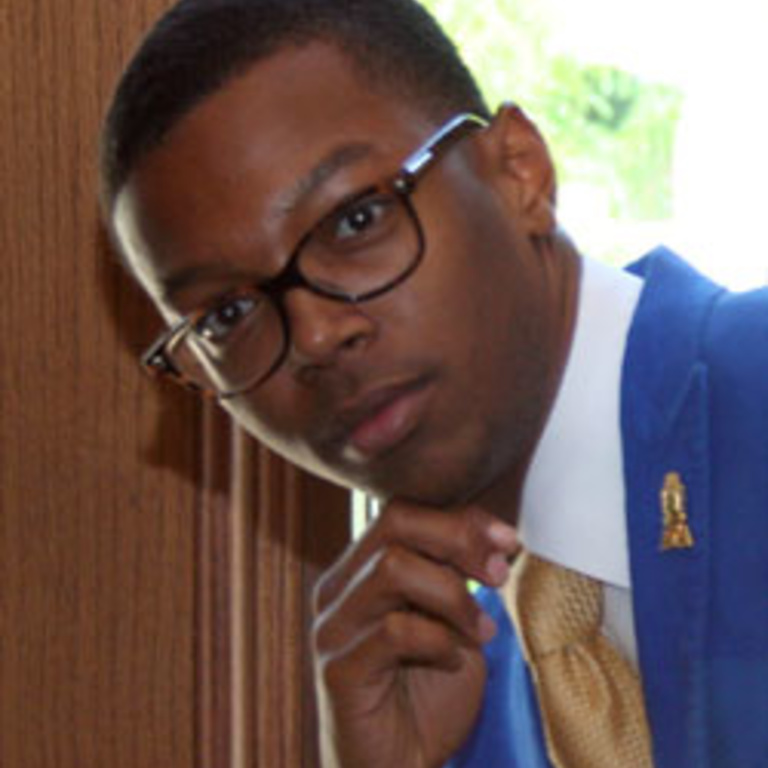 Meta DuEwa Jones states it best in his article on hip hop entitled “HIP_HOP NOW: An Introduction” published by John Hopkins University Press “In order to do competent and compelling hip_hop scholarship, one must be present and active in the places where hip_hop happens.” In an interview that Jones with Dr. Michael Eric Dyson, explains how rap artist such as Tupac, Nas, and Jay-Z are “rhetoricians” whose linguistic skills are essentially overlooked based upon the morality of how rap is displayed. Disaster vulnerability is typically assessed in physical and economic terms, with social dimensions largely ignored. However, there has been growing demand among disaster planners and stakeholders to incorporate social vulnerability, which measures the sensitivity of population groups to hazard impacts. The dominant approaches for measuring social vulnerability generalize it across all environmental hazards, but there also is a need for hazard-specific indicators.

Renewable energy and alternative fuels have become key areas of interest as a result of depleting fossil fuels. Among these is gasification of biomass; a process that converts biomass material into a rich fuel. Gasification relies on thermochemical principles, which break down the biomass into its basic constituents: producer gas, ash and tar. The presented study focuses on gas composition through a comparison between a mathematical simulation and experimental results. Microbial biofilms are significant in a variety of settings including the human microbiome, infectious disease, industrial processes, and environmental remediation. Due to the ubiquitous nature of biofilms, there is a great interest in understanding cellular activities within the biofilm matrix. Within a biofilm cells are able to better withstand environmental stress, experience increased horizontal gene transfer, and live longer. The purpose of this research is to grow pseudomonas sp. The Centers for Disease Control and other leading public health organizations have declared adolescent obesity a growing epidemic in the United States. Rising adolescent obesity rates coincide with the growing epidemic of stigmatization and teasing based on weight and size among adolescents. Several studies on weight-based teasing have found slight differences in reporting rates across racial and ethnic groups. Recent research about the common belief that sound patterns of words and their meanings are only arbitrarily related has been put to the test. The study we performed on participants was a self-paced reading of sentences appearing one word at a time to test the relationship between (sound patterns and word meaning. Participants used the space bar to advance through the sentences. The primary words of interest were classified as either “nouny nouns” or “verby nouns” embedded in noun-biased contexts. The purpose of this study is to investigate the relationships between substance abuse and academic achievement of adolescents in the United States. Previous literature has shown that adolescence is a period of increased substance use (Johnston, O’Malley, Bachman, et al., 2011) and that individuals who use substances describe themselves as poor academic achievers (Bergen, H.A., 2005). Data from epidemiological surveys highlight the tendency of adolescents to ignore the negative risks associated with underage drug use (Johnston et al., 2008). 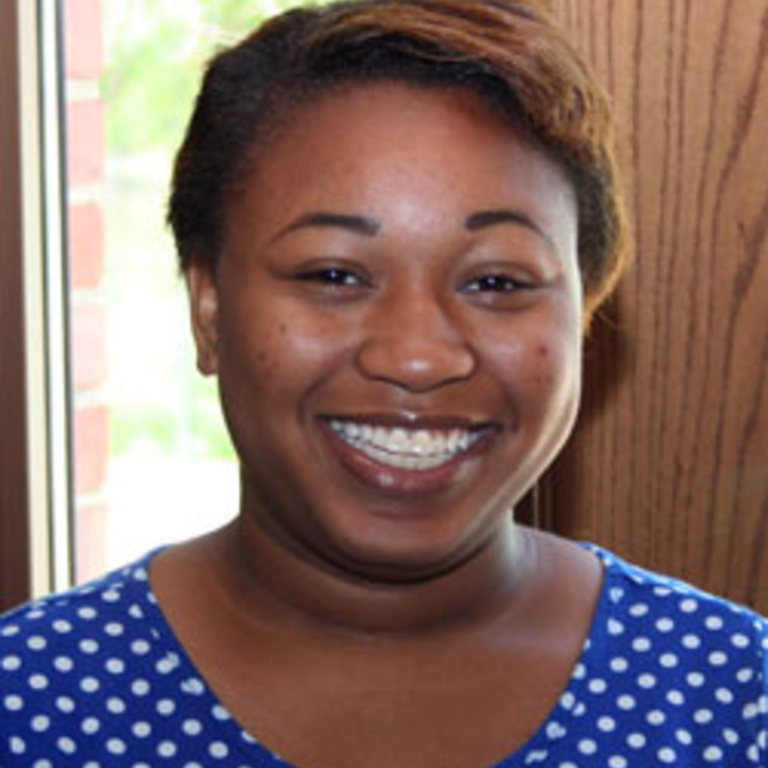 The world becomes more diverse from day to day. One problem that currently presents itself is educating people on cultural differences and diversity. The purpose of this study was to examine a training session conducted by the NCBI to improve a Residential Assistant’s knowledge, skills, and awareness of cultural competency. The training session discussed and examined a variety of topics such as internalized oppression, externalized oppression and effectively communicating with people of other backgrounds. The Resident Assistants were from the University of Iowa. 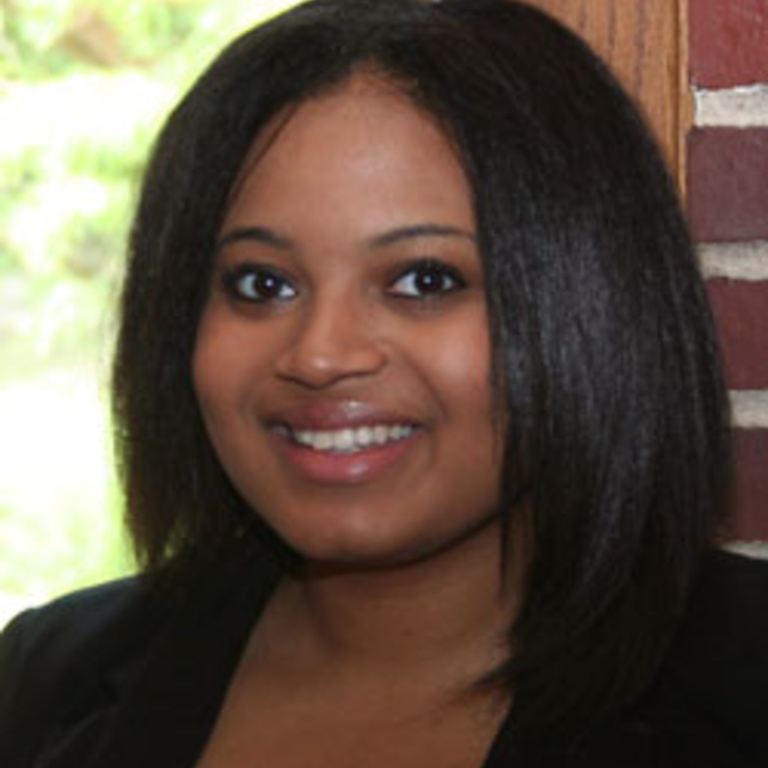 Hair cells (HCs) are the sole afferent input to SGNs. Following HC death due to aminoglycoside exposure from postnatal day 8 (P8) to P16, rat SGNs degenerate and die over a period of ~3 months (Alam et al., 2007). The reason for SGN death is not clear. Possibly, SGN death is an indirect outcome of HC loss, due to degenerative changes in the cochlea initiated by HC loss. We used immunofluorescent labeling to verify changes in the spiral ganglion (SG), as identified by gene expression profiling, during the SGN death period and gain insight into why SGNs die. 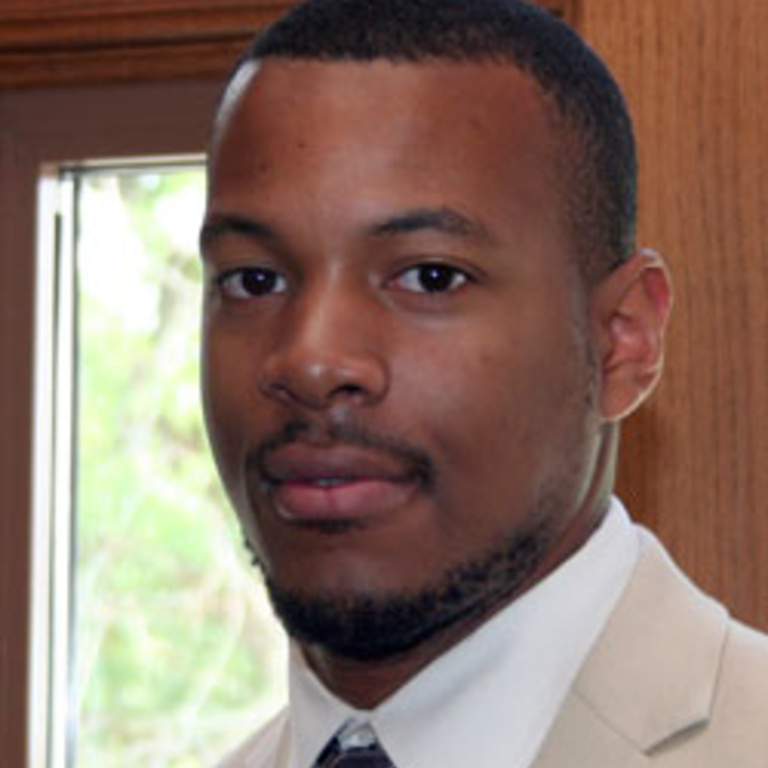 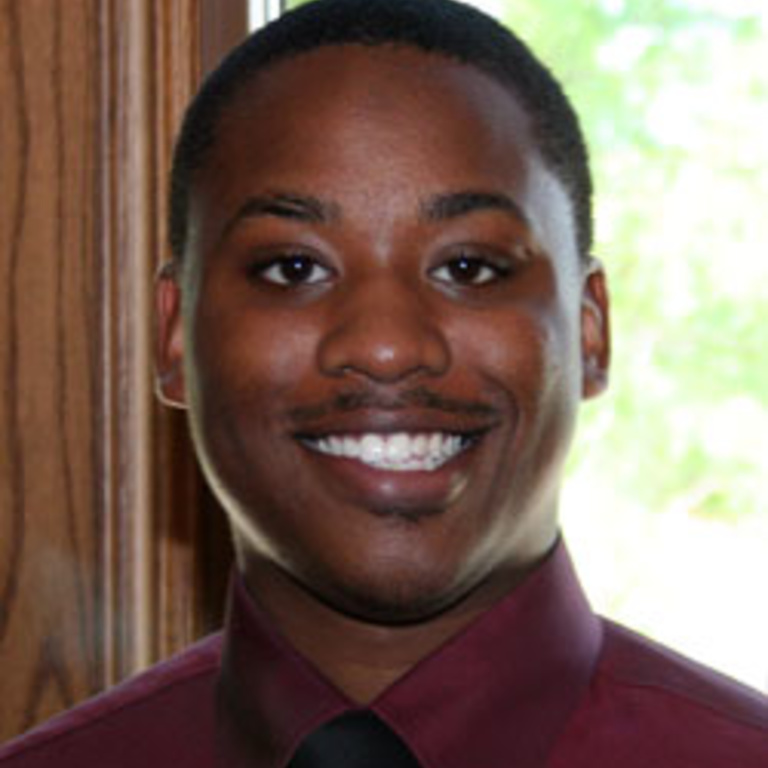 Previous research has found that African Americans continue to experience explicit forms of racism in their daily lives. In addition, it has also been determined that black males have been subjected to extreme prejudices due to sub-conscience racially biased attitudes held by members of other races. However, very little research has explored subtle racism amongst black students in K-12 educational settings. This qualitative study explored the interactions of black female middle school students and their perceptions of experiences with racial microaggressions. The objective of this survey study was to identify exercise barriers that are most strongly associated with motives to exercise to develop health promotion intervention strategies. Physical Inactivity is a major problem that has been associated with chronic diseases such as obesity, diabetes, and cancer. Research suggests that low levels of physical activity leads to a greater risk of a heart attack or stroke to occur than smoking, obesity, hypertension, or high cholesterol levels (Blair, 2009). The Metabolic Syndrome (MetS) is a multi-faceted disease that is prevalent in an estimated 25% of the United States population. MetS presents itself as a chain of disorders encompassing obesity, dyslipidemia, hypertension, and insulin resistance, which collectively increase an individual’s risk for cardiovascular disease and diabetes. PRCP (angiotensinase C) is a protein coding gene that we have identified as having a possible causal relationship to MetS. Health literacy is a complex set of skills that allow individuals to obtain, understand and act on health information and services. In addition, health literacy is an interaction between an individual’s skills and the demand that are placed upon them. Health Information on the internet is often written at high literacy levels above the skills of the average person. The purpose of our study is to determine the usability, readability, and audience targeting of three popular websites designed to provide information about anxiety. 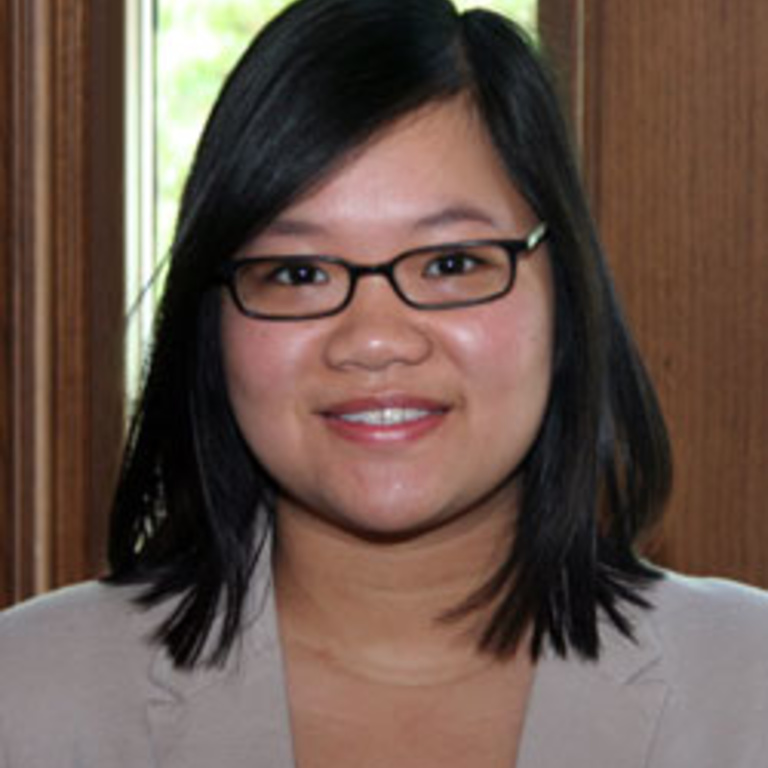 Depression in adolescents has been strongly associated with enduring behavioral and health effects (Kashani et al., 1987). Depressive symptoms experienced by children and adolescents are not reported uniformly across different racial/ethnic groups. Specifically, there is a strong indication that Hispanics and American Indians report higher rates of depression and anxiety than other populations (McLaughlin et al., 2007; Saluja et al., 2004). However, previous studies are still limited by ethnic and age representations within the sample. 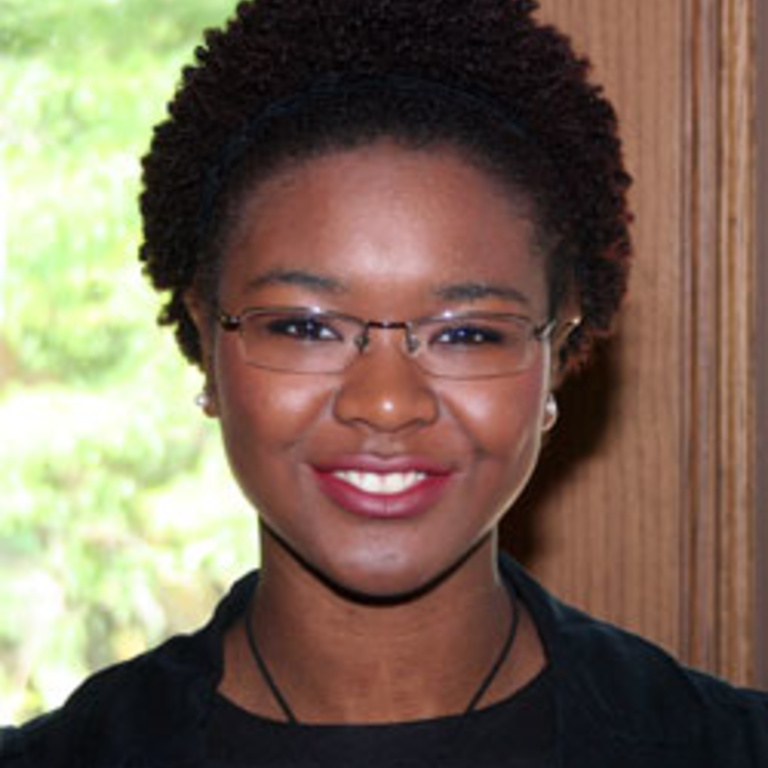 There has been a long history of anecdotal evidence that music is strongly connected to emotional, vivid autobiographical memories. Despite the widespread popularity of this belief, there has been little experimental evidence to support this claim. Clinically, it has been shown that music benefits autobiographical memory retrieval in patients with memory disorders, such as Alzheimer’s disease. However, it is unknown whether music is a better memory-inducing stimulus than other stimuli.