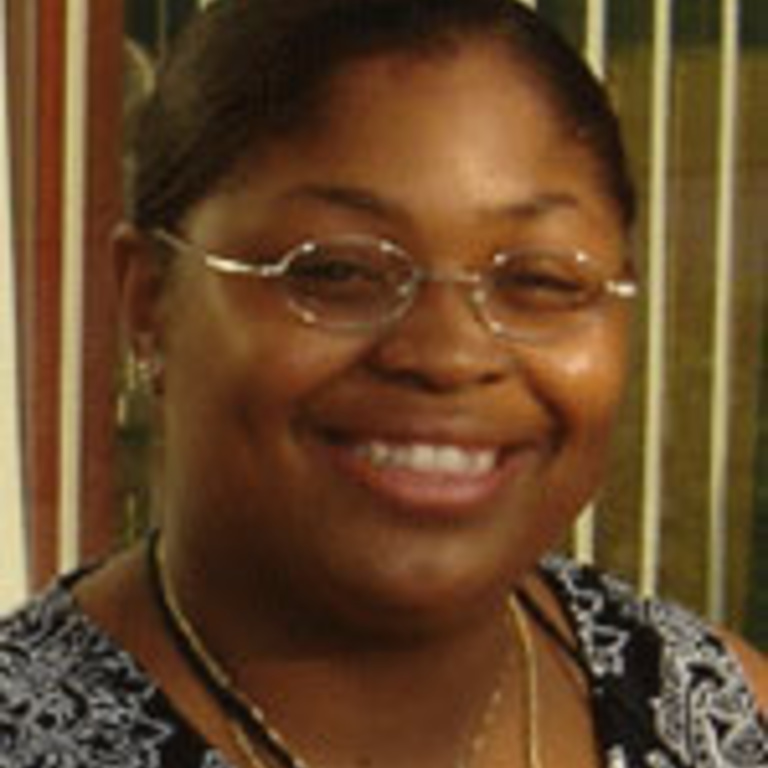 This study investigates the social class, racial, and masculine identities of African American men in graduate and professional school using a qualitative methodology. Three research questions were examined: (1) how do Black men approach race in American society; (2) how do Black men look at masculinity; and (3) how do they see themselves as middle-class Black men? the participants were collected using the snowball sampling technique. Fifteen African American men in professional or graduate school, on a predominantly White campus, participated in the study.

Throughout Toni Morrison novels there appears to be a concern with the function of young women, perhaps because of their peculiar station in terms of their often inherent marginal position within the hierarchies of sex, age, and race. More specifically, within Toni Morrison's first two novels, The Bluest Eye and Sula, the main characters Pecola and Sula respectively, both occupy a space on the margins of society. Through the occupation of these liminal social positions both Pecola and Sula serve as a type of healing agent or activating element for others within the story. 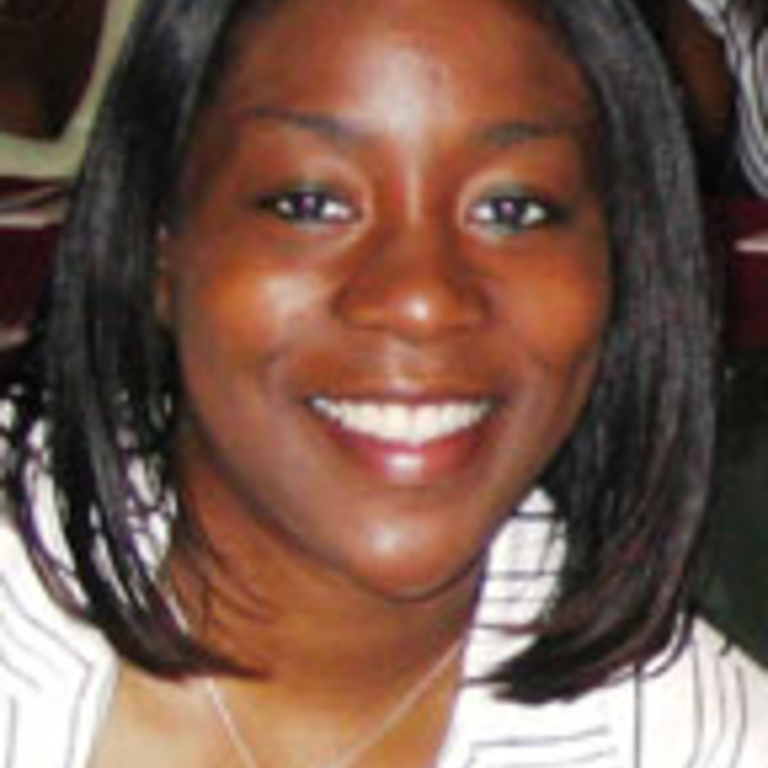 Many researchers have investigated adolescent substance abuse and its increasing prevalence. More recently, substance abuse has emerged as a major public health problem that puts millions of adolescents at increased risk for alcohol related and drug related traffic accidents, the ill effects of sexual practices, poor academic performance, juvenile delinquency, and a stunted developmental process. Although several national surveys indicate that teen use of most illicit drugs has held steady during the past few years, adolescent drug abuse remains alarmingly high. 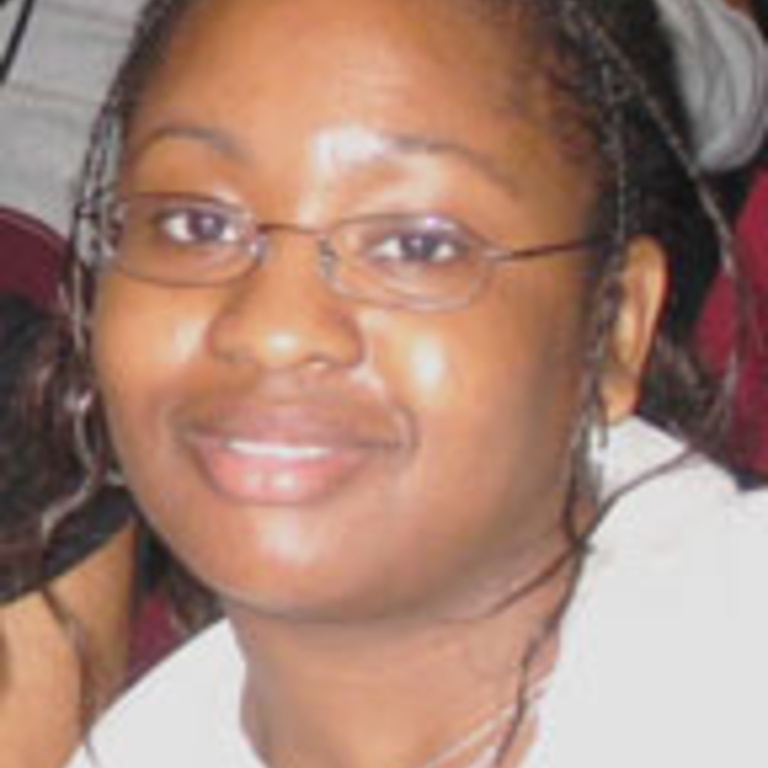 Children whose home life is mirrored in their school life always seem to excel by far greater standards than students who live completely separate home and school lives. The children who succeed more often than not are not minority children because from its induction, the American school system has been a white middle class institution. But because the face of American school children has changed over the years, so must the monocultural system that is supposed to support the multicultural society. 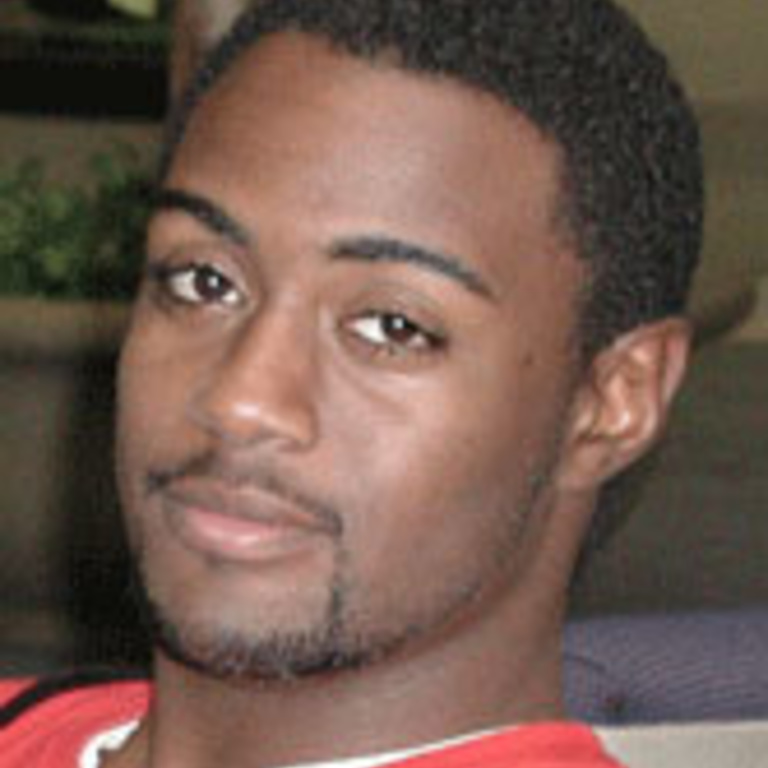 The specific aim for the Iowa Depression and Clinical Research Center at the University of Iowa is to develop up to four items for the PRAMS, (Pregnancy Risk Assessment Monitoring System), Core Questionnaire that will serve as reliable and valid indicators of depression during the postpartum period. This study consists of three phases. In phase one, we conducted a focus group and had a total of ten women to participate from five different areas, including ethnic minority women. During that time, we (the focus) thoroughly reviewed 44 potential items for the PRAMS. 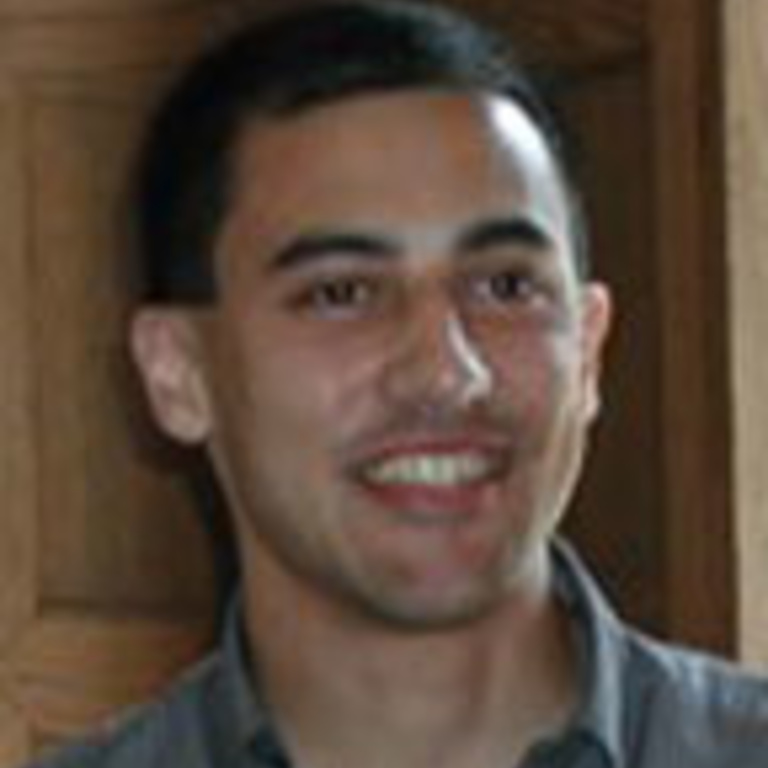 The overall hypothesis of our study is that ACE2 is an important element of the brain RAS, modulating the levels of central Ang-II available to stimulate neuronal AT1 receptors localized in cardiovascular control centers; inhibition of ACE2 may be involved in the pathogenesis of hypertension. We are using genetically-engineered mice and molecular, physiological, and pharmacological techniques to investigate the role of ACE2 in the regulation of blood pressure. 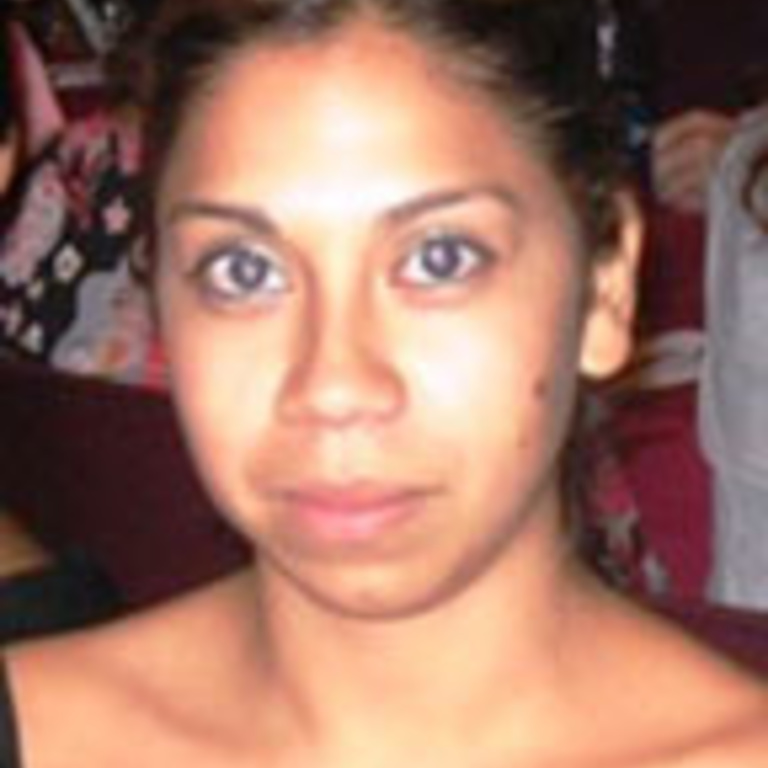 Cancer is a stressful experience and produces detrimental effects such as the loss of physical functioning and psychological distress. However, a growing body of literature defines the possibility of positive growth through traumatic events, including victimization, war combat and serious illnesses. Recent studies have examined positive outcomes from illnesses and have found that people not only search for positive outcomes, but their attempt to find meaning could led to increased psychological adjustment and improved physical health. 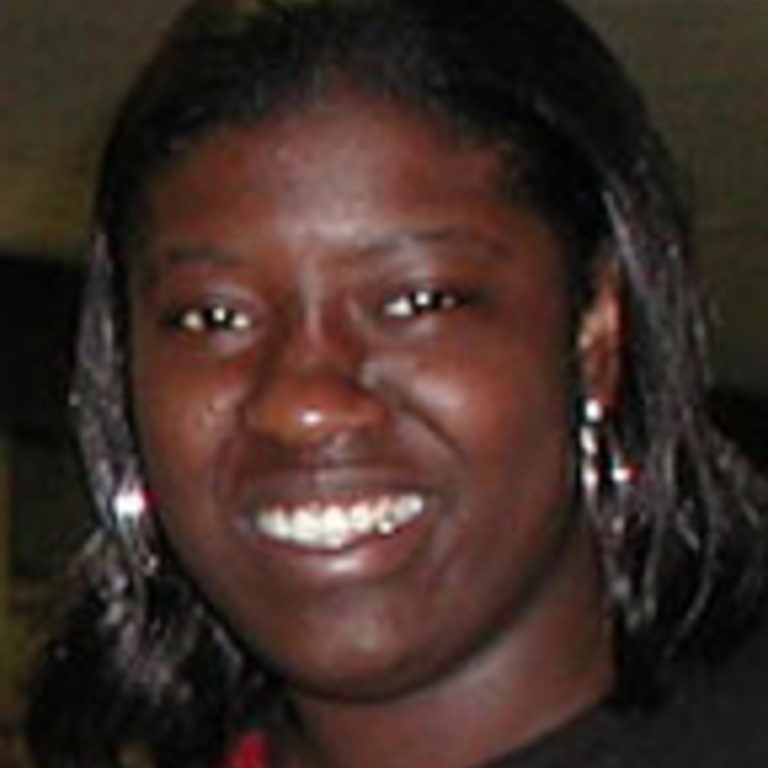 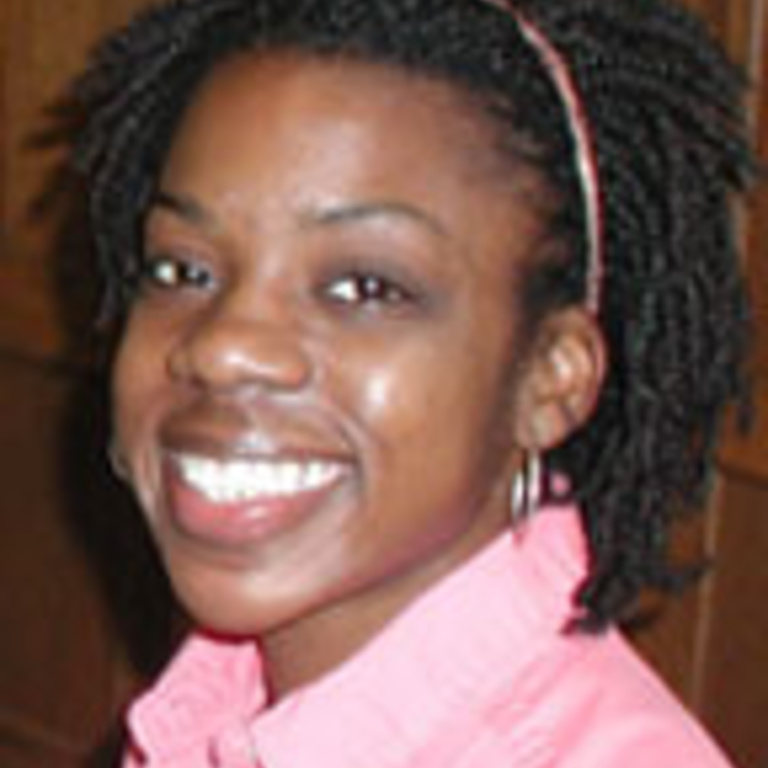 Drivers ages 15-20 were responsible for 14% of fatal crashes in the US and alcohol is estimated to be involved in 41% of all fatal crashes. The relative risk of being involved in a drunken driving crash is greater for young people than it is for older people. The purpose of this study is to find out what would qualify as an effective message against drunk driving directed toward adolescents. Method: Two focus groups, male and female, age range from 15-19 in Pullman, Washington. The students were selected to participate via snowball sampling and the groups were conducted in May 2004. 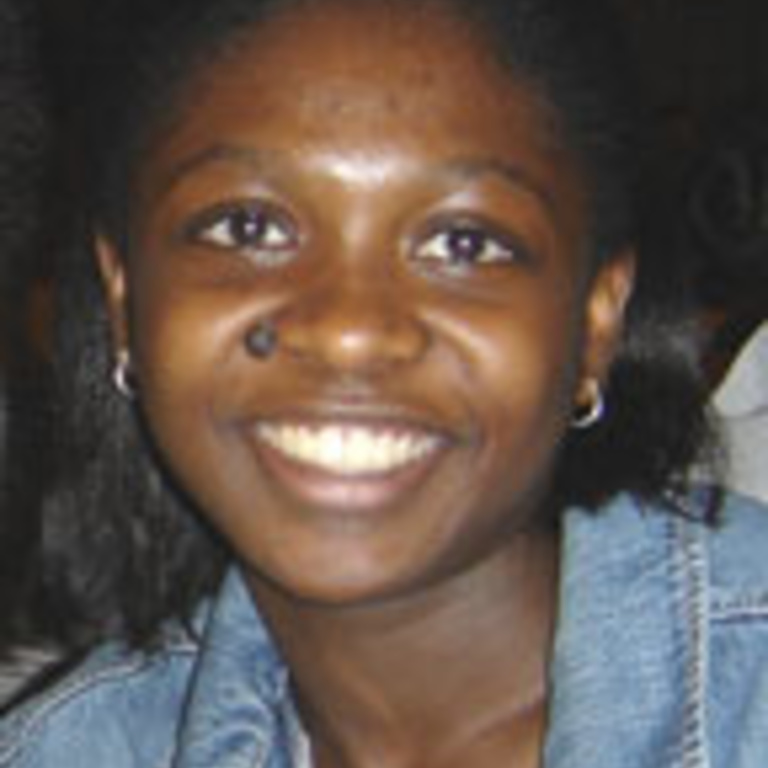 Political science literature has shown that black politicians help make governments more responsive to blacks across such dimensions as equal employment, fair housing, and reductions in police brutality. To date, however, little research has investigated the impact of black official in reducing racial inequality in education. This is unfortunate given that blacks have long struggled for educational equality and because education serves as a main vehicle for upward mobility (e.g., employment). 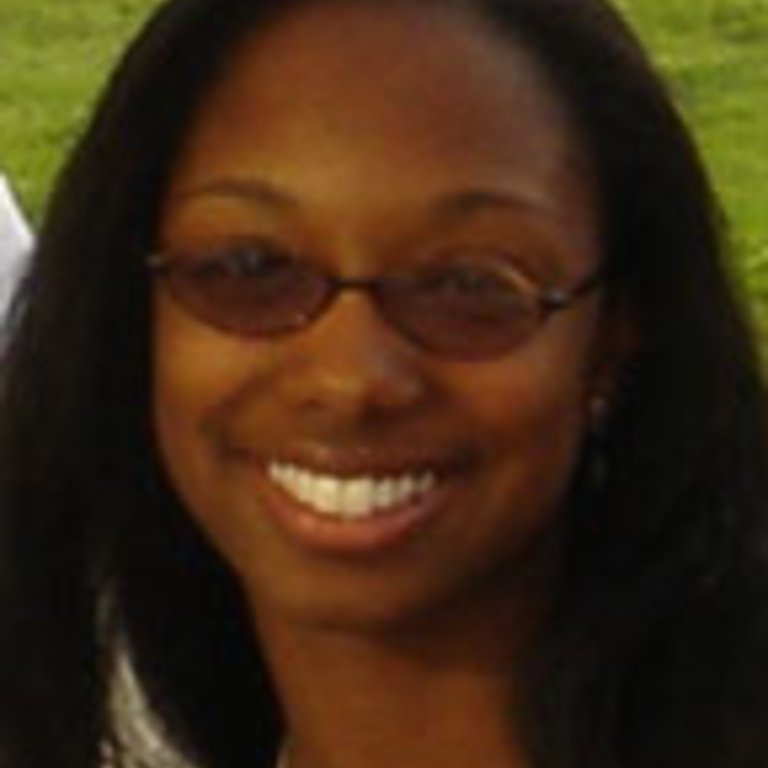 Black female characters in contemporary, popular fiction break away from several traditionally negative stereotypes of black women, such as the mammy and the Jezebel. The image of the black woman as the "welfare queen," more recent than the other two caricatures, is most strongly dispelled by these characters, referring specifically to characters in Terry McMillan's Waiting to Exhale (1992), Bebe Moore Campbell's Brothers and Sisters (1994), Benilde Little's Good Hair, and Omar Tyree's For the Love of Money (2000). 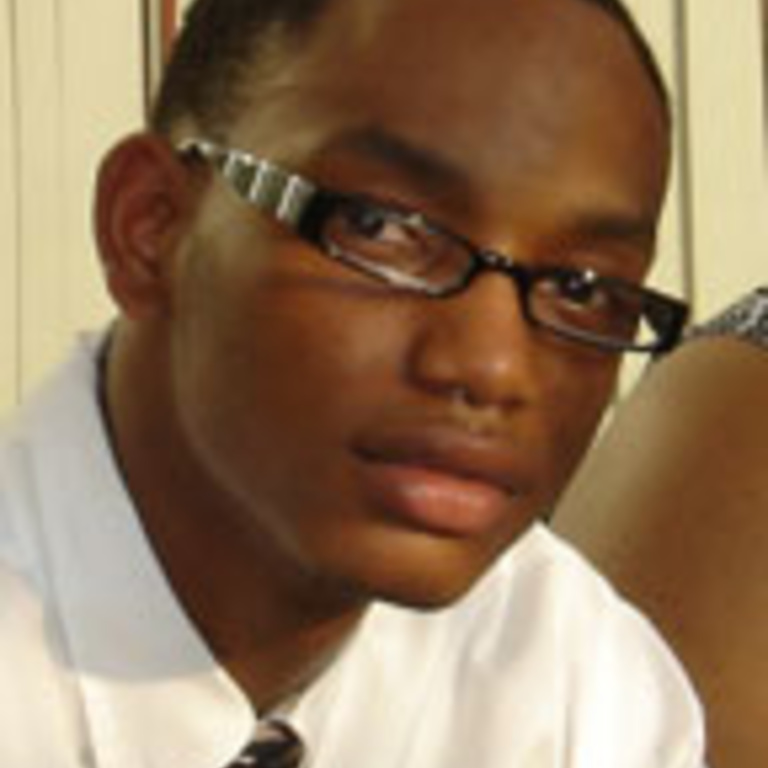 Problem solving in complex domains often involves multiple agents, dynamic environments, and the need for learning from feedback and previous experience. In order for robots to assist humans in tasks such as disaster search and rescue or national security defense, they must be able to collaborate autonomously (without the aid of humans). Soccer is an ideal test domain for developing new theories of collaboration and cooperation. We must be able to design and create new theories of robot teamwork to make progress in this area. 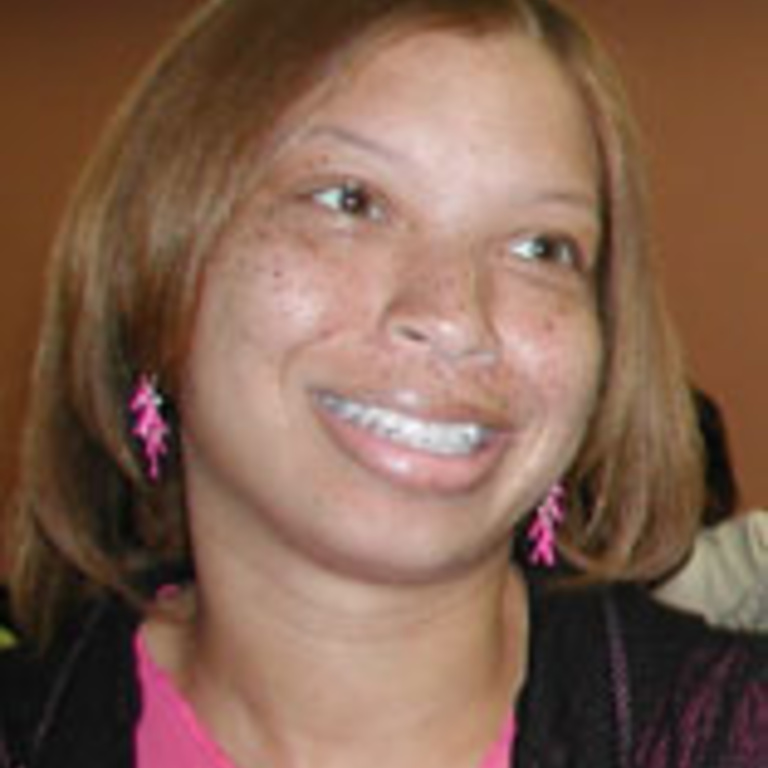 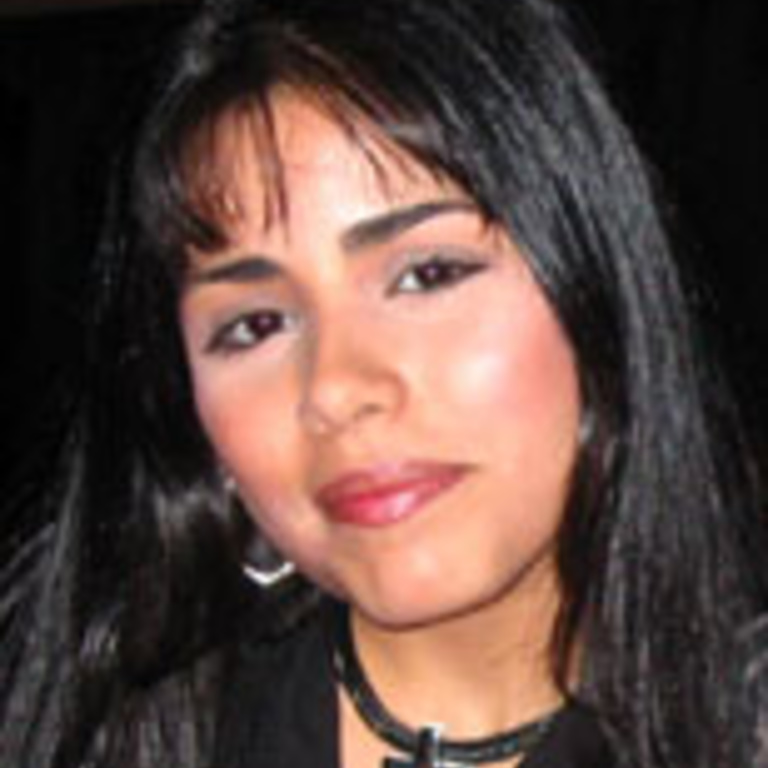 During the past few decades, research that has been done on action naming and recognition has used primarily static pictures stimuli. Through this approach, left premotor/prefrontal area have been identified as neural structures related to action words retrieval. On the other hand, studies have identified other neural structures that may play an important role in action naming performance. Such structures may be related to the comprehension of action stimuli. 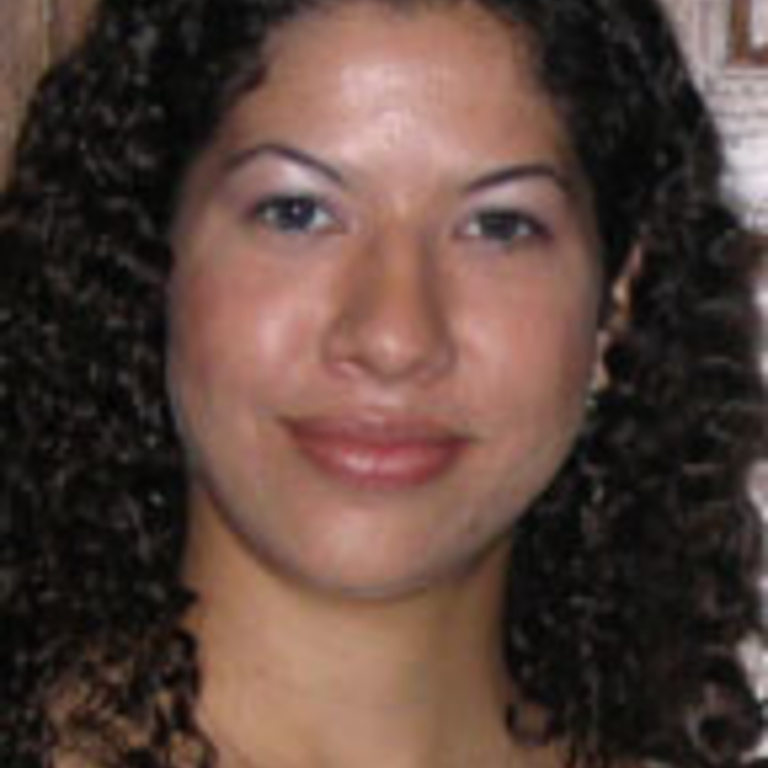 It has been reported that during the third trimester of gestation, one of the most prominent features of fetal behavior is the organization of behavioral states. After birth, rapid eye movements (REM) are one of the defining characteristics of active sleep. Because very little is known about how REM develops before birth, the objective of this study is to describe eye activity in the fetal sheep during the third trimester. Data was obtained from existing archives of recordings from fetal sheep and was analyzed using the time-series decomposition technique. 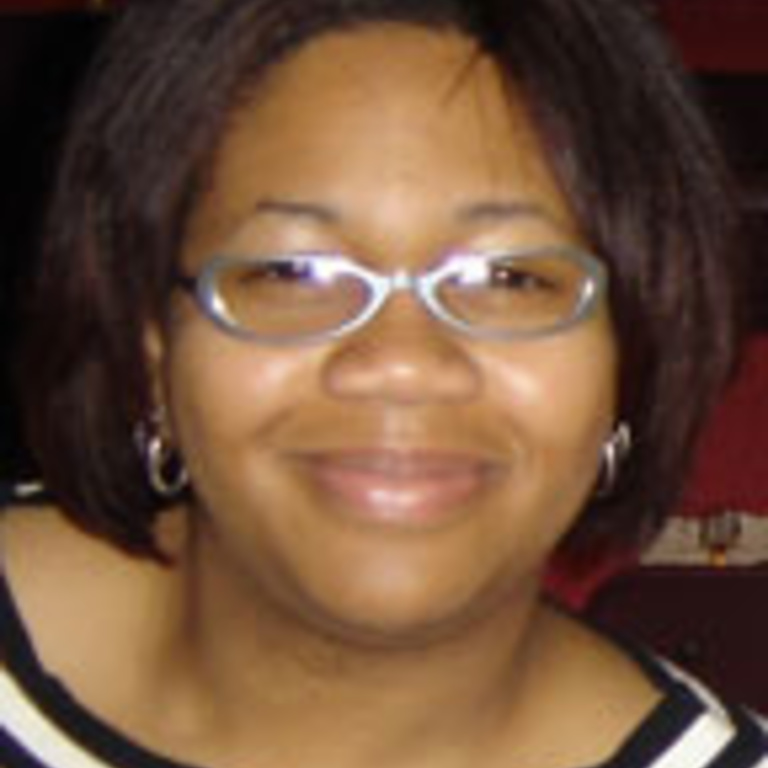 Education
Xavier University of Louisiana
Participation year
2004
Mentor
Dr. Katherine Tachau
Project title
The Image of God as an Architect in the Biblia Moralisee of San Luis: Who Gave the Creator a Compass?
Abstract

Throughout history, art has successfully mirrored the period in which it was created. Social change, political upheaval, the dissatisfaction of a particular class, or a cultural revival is definitely going to be reflected in the artistic creations of the time. There is not an abundance of written information concerning God's image as the Creator prior to the 13th century or depictions of the same; however, some scholars note a significant change in the portrayal of God in paintings, mainly originating in France, beginning at the turn of the 12th century. 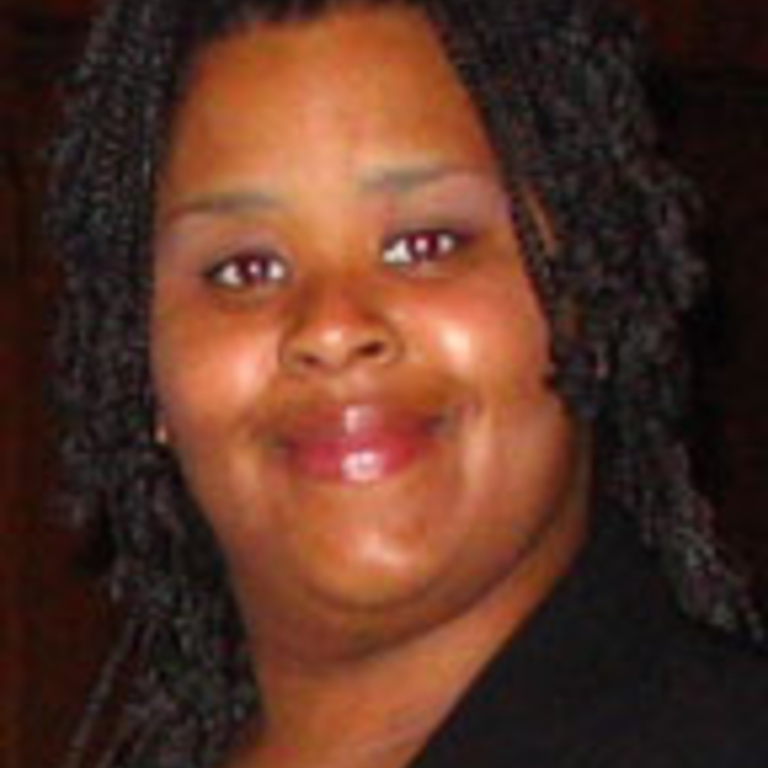 The purpose of this research was to find the correlation between substance use and co-occurring psychiatric issues that are associated with prolonged or severe substance use. The ideal belief is that prolonged use of any substance will result in some form of abuse or dependency. Once the substance of preference has been used for a prolonged period of time the user will start to show characteristics or meet criteria for psychiatric disorders. 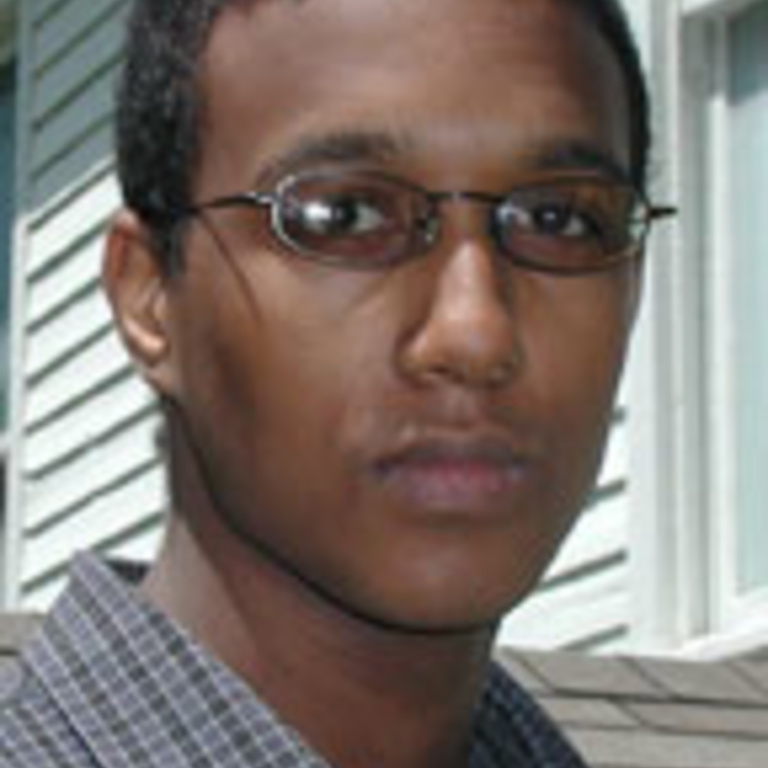 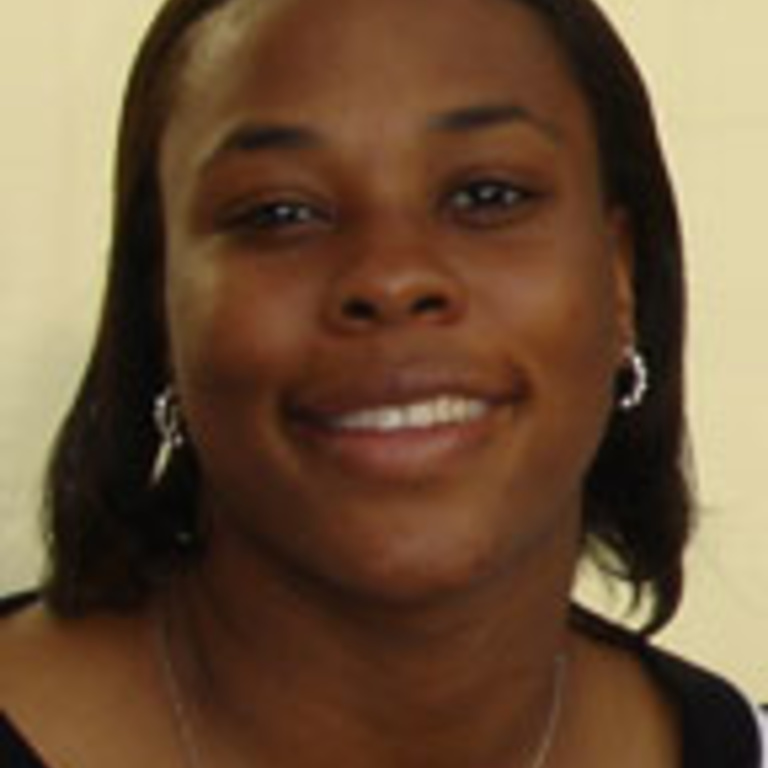 Bullying is identified as a significant psychosocial problem with important consequences for child physical and mental health. Between 7% and 34% of school-aged children are involved in bullying occasionally during the school term in both the capacity of bully and as victim. Despite the efforts of schools to prevent or stop bullying, it still occurs worldwide. Research suggests that bullies attempt to seek or gain power or to ward off attacks from others by appearing tough. Due to an increase in peer victimization in schools, bullying has become the focus of much psychological research.