Eichmann Retires as Director of SLIS

After more than two decades with the University of Iowa’s School of Library & Information Science (SLIS), Dave Eichmann is retiring from his role as director. He leaves behind a legacy of interdisciplinary work and a rich career history of applying information science to a variety of disciplines and professional pathways. 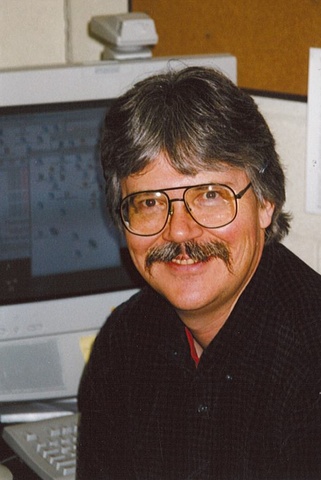 Over the years, Eichmann has repeatedly found himself back at the University of Iowa. In 1973, he arrived on campus as a freshman, completed his bachelor’s and master’s degrees in computer science before moving to Seattle to assume an instructor position. While there, he recognized how much he enjoyed teaching and ultimately decided to return to Iowa City to complete a doctoral degree in computer science.

Eichmann subsequently accepted a position teaching at the University of Houston-Clear Lake and began working with NASA, leading a team that designed a software system to catalog and store the agency’s software assets. Their efforts garnered a nomination for NASA’s Software of the Year Award.

After these early professional successes, Eichmann returned to Iowa in 1997 as a professor in the School of Library and Information Science. It happened to be a tumultuous time when the program was down to just two faculty, enrollment was low, and university leaders were discussing shuttering the school altogether. It was ultimately decided that SLIS should remain and Eichmann was recruited to be the school’s new director.

In this new leadership role, Eichmann hit the ground running. One of his first priorities was to better connect the field’s two main components — library science and information science.  Eichmann understood the importance of interconnections in the field and the need for Iowa’s program to balance these disciplines.

“One thing that strikes me about Dave is that he has always respected the interdisciplinarity of library science,” says Lindsay Mattock, associate professor and incoming director of SLIS. “One of the things he taught me was to think of how I can reconcile the traditional, archival background I have in library science with the technical [informatics] side. He taught that across the curriculum for students, demonstrating how many of the digital methodologies coming from the informatics part of the field can enhance the more traditional skills and help push the field forward. He recognized the value of interdisciplinary work and focused on bringing those skills together to create innovative practices in the field.”

Another challenge Eichmann took on was to improve the accessibility of the program for students. While the school offers an accredited master’s program – which all public librarians and teacher-librarians are required to complete – many of its prospective students are unable to relocate to Iowa City to attend in person. Not wanting to compromise live instruction and interaction with students, Eichmann led SLIS to become an early adopter of the Iowa Communications Network (ICN), a system of closed-circuit televisions and classrooms that students could access at different venues across the state. This allowed faculty at Iowa the ability to reach more students while ensuring they received the same high-quality instruction from the program.

“Because we’re firmly in the camp of synchronous instruction, the ICN allowed us to project our program out to these students across the state. While we’ve gone through a number of technologies since the ICN, we are probably the poster child on campus for adopting this technology and reaching distance students,” says Eichmann.

Eichmann’s early investment in promoting the benefits of distance learning not only helped reach more students in its early stages, it meant the school was well prepared for virtual instruction during the pandemic. Every class already had students across the state participating through the Zoom process, so they simply asked the campus cohort to join the virtual instruction as well. The school’s smooth transition made it a great example of effective online instruction for other programs making the switch during the Covid-19 pandemic.

“What SLIS has done really well under Dave’s leadership is getting into the game early with virtual instruction,” says John Keller, interim president of the University of Iowa and former dean of the Graduate College. “The completely-online option for their master’s program has reached many people over the years that it’s been implemented. It has essentially been a precursor in many ways for how the university had to pivot into virtual instruction this past year. They already had the ability to implement their program very successfully online, so it’s great to see how well Dave has advanced the school in this way and built up a thriving program.”

In 2006, Eichmann stepped into the role of informatics lead for the University of Iowa’s Institute for Clinical and Translational Science. On top of spearheading major research projects and working on grant proposals, he was known to collaborate often with other colleges and universities. These partnerships inspired him to become an original author of a proposal to create the interdisciplinary graduate program in informatics, which he then led as subprogram director. When returning to SLIS in 2013, these interdisciplinary efforts were top of mind. 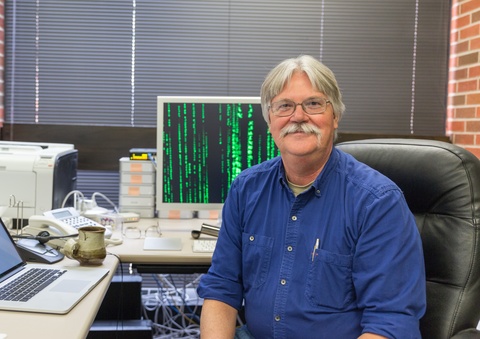 Several decades of successful leadership and program growth is in turn leading to an increased number of graduate admissions. US News & World Report ranked its master’s program as one of the best in the country in 2021. By many measures, Eichmann has led the school onto firmer footing in his time as director.

“I think we’ve taken the school to an extremely strong position,” says Eichmann. “The school has become well-positioned under the new budgetary models, student-faculty ratios are optimal, and we’ve been able to recruit some really strong faculty over the years. The success we’ve had in recruiting strong faculty and strong students into the program – and what they’ve done in their careers subsequently – is a great indicator of the school’s achievements.”

Eichmann’s contributions to SLIS over the years have made a huge impact on the school and those around him. While his focus has been on improving the school and helping others over the years, his retirement this year is shifting a spotlight onto his efforts and his sense of altruism throughout his career.

“Dave has always been a selfless contributor to the library science program, the Graduate College, and the University,” says Keller. “He has never really done things for himself – he’s done them for the betterment of his departments and many of its young faculty. His goals have always been to be a good teacher, to help the school grow, and to work on his research. The approach he has taken is admirable.” 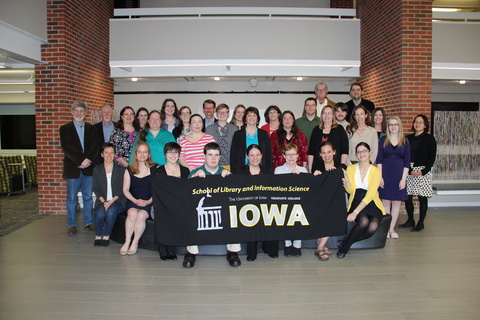 While Eichmann is leaving the school on good footing as he retires from his role as director, he will remain with the university as he continues his research. He will also be there to offer guidance to his successor as she takes the reins.

“There have been a lot of changes during the past seven years in the program,” says Mattock. “Dave has always been able to hold onto opportunities for the school, provide that optimistic outlook, and find ways to navigate changes so that there’s always a positive impact on the department. Even in those moments where it seems like there are big things happening across the field, he has always been able to see that path forward and ensure the school benefits. I don’t think the school would be where it is today without Dave.”