You are someone who values impeccable moral character in a spouse, yet you proceed to marry someone convicted of multiple felonies.

Researchers at the University of Iowa suggest that brain damage to the ventromedial prefrontal cortex (vmPFC) may lead to this kind of inconsistency between one’s thoughts and actions in real-world decision-making. 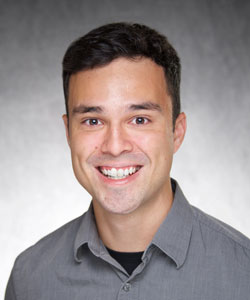 “Making important decisions on the basis of social information is something we do regularly as humans, and even neurologically healthy individuals will sometimes show inconsistencies between what they say and what they actually end up doing. However, our study demonstrates that patients with vmPFC damage exhibit this type of inconsistency significantly more often than we would expect,” says Mark Bowren, a doctoral student in the department of Psychological and Brain Sciences and co-first author on a study published in April in the American Psychological Association’s journal Neuropsychology.

The paper is titled “Choosing Spouses and Houses: Impaired Congruence Between Preference and Choice Following Damage to the Ventromedial Prefrontal Cortex.”

This study contributes to a large body of work attempting to understand and characterize the role of the vmPFC in decision-making. Years of research, including seminal studies conducted here at the University of Iowa, suggest that damage to this brain region impairs a person’s ability to use emotions during decision-making.

“We think our results indicate that this deficit can lead to reduced consistency between preferences and choices during social decisions, reflecting the importance of emotions to our ability to make advantageous decisions,” Bowren says.

“When you are deciding who to get married to, you want your emotions to be operating full force,’’ says Daniel Tranel, professor of Neurology and Psychological and Brain Sciences, member of the Iowa Neuroscience Institute, and senior author on the study. “The importance of emotion for good decision-making becomes even more important in social contexts when you’re interacting with other people in the moment and trying to make good decisions about how to steer your behavior.”

Individuals were presented with information about several groups of hypothetical people or houses, with each described by various positive and negative attributes. For person choice trials, after reading the attributes, participants selected the person from each group of three who they would choose as a spouse or partner. For house trials, after reading the attributes, they selected the house from the group that they would choose to live in for the rest of their lives. They then completed preference ratings to indicate how much they liked each potential option, and each associated attribute. Internal consistency was calculated as agreement between the most positively-rated option and the option that was actually chosen.

The results of the study indicated that internal consistency was significantly lower for the vmPFC group relative to comparison participants, but only in the social condition (potential spouses). 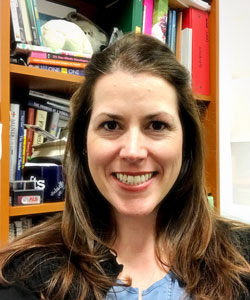 "Thinking about different aspects about a person, weighing them, and trying to sort out what you could live with and what you couldn’t – that’s a difficult thing to do,” says Katie Croft,  co-first author on the study. She earned her Ph.D. in Neuroscience at the UI in 2009.

“And we already know that vmPFC patients struggle with making these kinds of decisions in the real world. What’s so interesting is that they seemed challenged by the social information in particular."

This study also raises awareness about the vulnerability of certain populations to manipulation. For example, it is possible that older adults with prefrontal cortex atrophy may show deficits in internal consistency in a manner similar to that of patients with vmPFC damage. The suspect internal consistency in the decision-making of these individuals might render them susceptible to being tricked into making decisions that do not align with what they desire.

“These people are intelligent, but when they start dealing with undue influence and scams, they can be vulnerable to manipulation,” Tranel says.