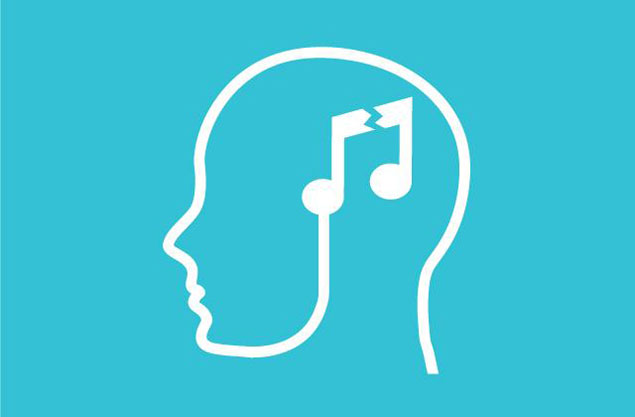 Ever had one of those moments? You’re joyfully humming along to a song, but you can't remember its name. Why is the title slipping your mind?

A University of Iowa study suggests that it could be more than simple forgetfulness. It could be due to damage to the brain’s left temporal pole. Damage to this region, the study says, is associated with difficulty in remembering the titles for songs, famous or otherwise. Previous research has shown the left temporal pole is important for recalling proper names, including names of famous people and landmarks. The UI study advances that knowledge, because it is believed to be the first to address musical melodies. While faces and landmarks are visual stimuli, musical melodies are auditory.

“The left temporal lobe is a convergence zone that is not devoted to a single stimulus modality,” says Amy Belfi, a graduate student in neuroscience at the UI and first author on the paper, published this month in the print edition of the journal Neuropsychology. “This finding supports the theory that the area is an important region for naming unique items, regardless of stimulus modality.”

Belfi and her mentor, UI neurology professor Daniel Tranel, who has a joint appointment in the UI Carver College of Medicine and in the College of Liberal Arts and Sciences Department of Psychology, enlisted 30 participants from the Iowa Neurological Patient Registry in a “famous melodies naming task.” The participants were further divided into 10 patients with left temporal lobe (LTP) damage, 10 brain damaged comparison patients, and 10 participants with no brain damage.

The task included listening to 52 famous melodies—some with and some without lyrics—ranging from 8-15 seconds in duration. After hearing each melody, participants were asked to rate their familiarity with the melody and identify it by name. Participants heard songs like “Pop Goes the Weasel” and “Somewhere Over the Rainbow.”

Recognition of melodies did not differ significantly between groups. Recognition of the song is different from remembering its title; the former refers to information that confers knowing, while the latter refers to a proper name, the UI researchers note.

The researchers also contend that recalling names ­– especially proper names – is difficult, because there is only one right answer. Recognizing something—such as a melody—is easier, because it is more general, and the brain can draw upon other avenues to come up with the right answer.

“LTP patients would recite the lyrics of the song, but had no idea the name of the song,” says Belfi, a Presidential Graduate Research Fellow in the UI’s Graduate College. “I expected a deficit, but I wouldn’t have been entirely surprised if there wasn’t one. Music transcends what we know about the brain. People who stutter can often sing without a deficit.”

The group plans to further its work using melody and song-title recognition to investigate which brain regions are associated with isolated deficits in melody recognition. These deficits could be independent of naming defects.

“We’re going to study patients with damage to the right temporal lobe, with the expectation that they might not recognize the melodies,” Belfi says.

The National Institute of Neurological Disorders and Stroke (grant number: (P01 NS19632) funded the study, which was first published online in December.