University of Iowa neuroscientists have launched a registry to track and study traumatic brain injury, a condition that affects 1.7 million Americans each year, including people hurt in various kinds of accidents – from car wrecks or falls to concussions sustained during military service or athletics.

“We learn the effects of traumatic brain injury on behavior and how the brain reorganizes and recovers, but we want to know more about who’s going to get better, how can we help them get better, and what we can do to put all brain-injury survivors on a better life trajectory,” said Melissa Duff, assistant professor of communication sciences and disorders in the College of Liberal Arts and Sciences and faculty member in the neuroscience interdisciplinary graduate program. “We’re aware of some of the ways we can help them recover, but at this point we’re really only scratching the surface.” 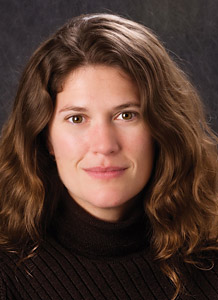 In April, Iowa Gov. Terry Branstad signed a bill aimed at protecting student-athletes who have suffered concussions and other brain injuries. The law, which took effect July 1, requires coaches and contest officials to immediately remove a student from an extracurricular athletic activity if the athlete shows signs of a concussion or other brain injury. The player can’t return to participation until he or she is evaluated by a licensed health care provider and receives written approval to return to the team.

More than 95,000 Iowans are living with long-term disabilities resulting from brain injury – a number greater than the population of a city such as Iowa City, Sioux City or Waterloo.

Lauer said the Iowa Traumatic Brain Injury Registry assists brain injury patients in a different way than the state’s Iowa Trauma Registry, which is administered by the Iowa Department of Public Health.

“The UIHC Iowa Traumatic Brain Injury Registry focuses on research, while state registry has a surveillance component,” Lauer said. “There isn’t a long-term system of care that helps people learn to live well with brain injury, so this new registry is exciting stuff.”

According to the Centers for Disease Control and Prevention, three main groups are most likely to sustain a traumatic brain injury: children aged 0 to 4 years, adolescents aged 15 to 19 years, and adults aged 65 years or older. But, as Duff points out, anyone could suffer from a traumatic brain injury caused by common mishaps like slipping on the ice or falling down the stairs.

Duff started the registry with the help of Daniel Tranel, professor of neurology and psychology and director of the neuroscience interdisciplinary graduate program, and Rupa Gupta, a Ph.D. student in neuroscience. 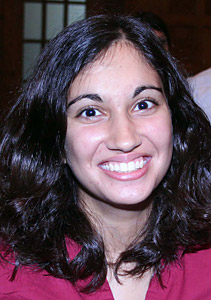 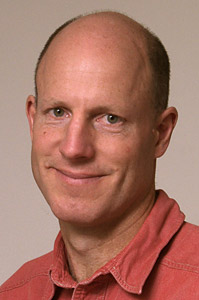 “The really interesting thing about this is every case is different,” Gupta said. “We just don’t understand enough about how the brain recovers from this type of really diffuse injury.”

That makes it difficult to predict the future of these patients.

“Take two teenage boys who were in car accidents, and whose injuries look identical on paper ­­– their neuropsychological tests reveal the same kinds of deficits, and their brain scans show the same site of injury,” Duff said. “One might recover well enough to go to college and have meaningful relationships, while the other won’t. Right now, it’s hard to explain why. The registry could help shed some light on a mystery like that.”

The new registry has about 15 participants, and increased participation is needed for it to succeed, given the wide range of ages and medical conditions of patients with traumatic brain injury. Those interested in participating in the registry should contact Duff at TBI-Registry@uiowa.edu or 319-356-8532.

The traumatic brain injury registry will be modeled after but separate from the UI’s world-renowned Iowa Neurological Patient Registry, which was established in 1982 and has 525 active members with selective forms of damage to one or two specific regions in the brain. This new registry will allow researchers to study brain injuries that are more global, and, in some cases, more complex.

“This is one of the reasons why traumatic brain injury is so complex and treatment of it so challenging.”