Flu and seasonal allergies are common illnesses that plague many Americans each year. Yet despite their familiarity, a lot is still unknown about their effect on the lungs.

Kevin Legge researches the delicate balance of immune function in the lungs, which play a key role in the body’s immune system.

“If there is not enough of a response by the immune system, the pathogens win. But too much response can result in immunopathology. Immunology in the lungs is on a knife’s edge,” Legge said. 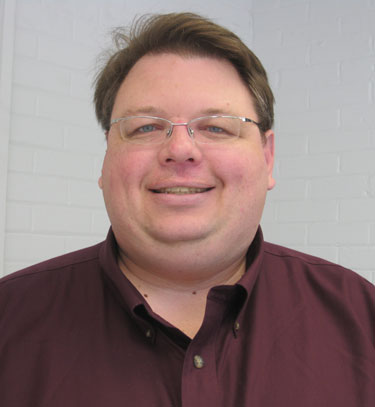 Legge, an associate professor in pathology and a faculty member in the Interdisciplinary Graduate Program in Immunology, studies the lung’s regulatory dendritic cells (rDCs).  These cells check the quality of air entering the body. Our lungs serve as a filter, screening impurities from the air we take into our bodies. Over time, rDCs help the body recognize non-threatening substances. Upon detecting problematic pathogens, rDCs travel to the lymph nodes, where signals are sent to T-cells. T-cells are a type of white blood cell that fight infection.

Legge said researchers began to notice an accumulation of rDC cells in the lungs that would remain there after the necessary amount of rDCs went to the lymph nodes to pass along their information to the T-cells.  Unsure why, they conducted tests, removing the DC cells from the lungs.  When researchers discovered the effect caused sub-lethal infections to become lethal, the cells were very important in whatever was occurring. Once the extra rDCs were placed back in the lungs, the immune system returned to normal.

Unlike other areas of immunology, the lungs are organs in which a lot of uncharted territory remains, Legge said.  The complicated process of working with an organ like the lungs has left much of this anatomy a mystery. Researchers in the field are able to quickly play catch-up as technology continues to improve.  The importance of understanding what goes on in the lungs is essential to being able to treat complications that arise in the region.

“Understanding the mechanism will allow us to be able to titrate that immune response to hopefully get that right where it needs to be to help fight off pandemic as well as seasonal infections,” Legge said.

Understanding what happens in seasonal infections can lead to more effective approaches when addressing pandemic infections.

“If it’s the same mechanism as in a simple seasonal infection, we’ve already worked out ways to modulate with a run-of-the-mill flu infection that will, hopefully, be a way to modify the immune system in these instances,” he said.

The regulatory DC cells originally make contact with T-cells in the lymph nodes where they educate them to the type of pathogen present in the lungs. Legge and fellow researchers, however, have discovered a “second signal” a follow up connections occurring between the DC and T cells occurring in the lungs. This finding is important because it seems to increase the magnitude of the response.

This discovery has helped to redefine how researchers look at respiratory immunity. Instead of a response regulated only at a lymph node level, there is a possibility the local environment at the source of the infection could be contributing additional regulatory information.