The Association of American Universities (AAU) announced today that the University of Iowa Graduate College was selected to participate in a prestigious pilot cohort of eight AAU member campuses in Phase I of the AAU PhD Education Initiative, which aims to change the culture surrounding doctoral education.

The initiative’s mission is to promote more student-centered doctoral education by making diverse PhD career pathways visible, valued, and viable. During Phase I, the cohort of universities, representing 34 academic departments, will implement changes within STEM, arts, and humanities PhD programs. These innovations will address the culture, behavior, policies, and practices necessary to construct student-centered educational environments and successfully prepare doctoral candidates for careers both within and beyond the academy. 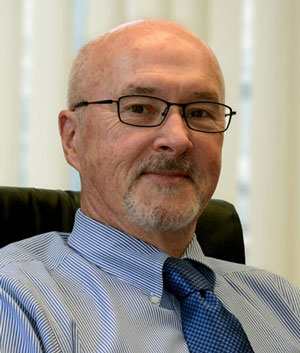 In addition, the college recently funded five of its other programs with Innovation in Graduate Education Challenge Grants. The goal of the grants is to prepare students for the knowledge economy, global challenges, and broader career options. These programs will incorporate similar changes learned via participation in the AAU initiative.

Data transparency is another major focus of the AAU project. Currently, the college publishes admission, enrollment, completion, and initial placement data for all PhD programs. Information collected includes demographics of enrolled students, number of applications received the prior year, number of admissions offers, and the number of newly enrolled students. The college’s short-term goal during Phase I is to increase the accuracy of initial placement data received from departments, and its long-term goals are to provide additional data to prospective student applicants and increase the utilization of data to inform continual programmatic improvements.

Additionally, John C. Keller, PhD, Associate Provost for Graduate and Professional Education and Dean of the Graduate College, is the only graduate dean to serve as both his institution's project leader and advisory board member for the AAU PhD Education Initiative. An enthusiastic advocate for graduate education, Dean Keller has overseen the development of more than 15 new graduate programs—including three interdisciplinary programs. He has served on two separate occasions as the chair of the Big Ten Academic Alliance Graduate Deans Group, as well as a term on the board of directors for both the Council of Graduate Schools and the AAU-Association of Graduate Schools.

“The Graduate College is extremely honored to have been selected to participate in the AAU’s inaugural PhD Education Initiative to grow student doctoral education. We are committed to student success at Iowa and are dedicated to making lasting, student-centered changes to our doctoral programming.” Keller states.

The AAU received grants to launch the project earlier this year. Funding from the Alfred P. Sloan Foundation and the Charles Koch Foundation supports the participation of the pilot cohort universities.