Dr. Darcy Diesburg’s research investigates a topic that most people don’t give a second thought. If, as she explained, you’re cleaning up after a meal and realize you’re reaching for a pot with a hot handle, something in your brain allows you to stop the action even though you’ve already started it, helping you to avoid injury. This is one example of inhibitory control in action. “Even though it’s a really simple, almost trivial ability, we don’t really understand the circuits in the brain that ultimately send signals down to the level of our muscles, that allow us to do that,” she clarified. Her goal is to change that. 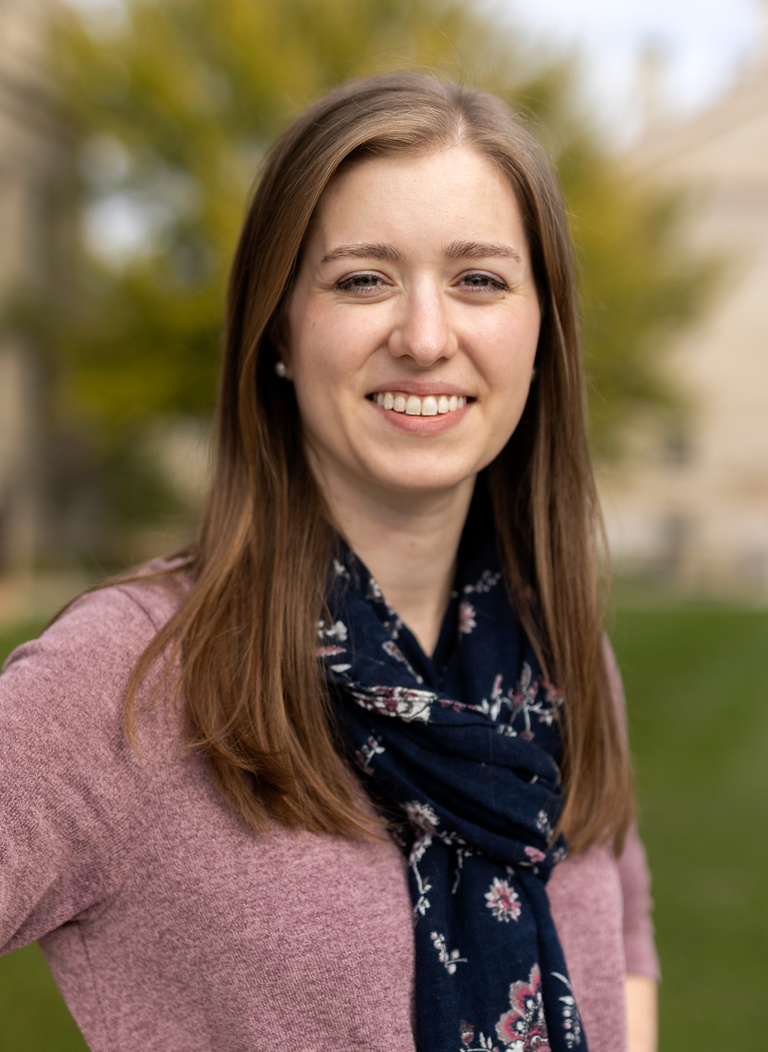 Diesburg, who earned her PhD in Psychology from the University of Iowa in spring 2022, has been fascinated by human inhibitory control since her days as an undergraduate student at the University of Tulsa. While volunteering at a lab in the Laureate Institute for Brain Research in Tulsa, she noticed that patients with mood disorders often had issues with executive function. In particular, she found herself wondering why certain patients with mood disorders struggled to make and follow through with plans when faced with obstacles that, for many people, would not be especially disruptive. She became interested in inhibitory control because she saw it as a “short-timescale model” of some of these problems.

Diesburg’s questions about short-scale inhibitory control lingered throughout her undergraduate career, ultimately becoming the focus of her graduate research at the University of Iowa. Under the guidance of advisor Dr. Jan Wessel, her attention shifted from mood disorders to the basic research of inhibitory control in healthy adults and movement disorder patients, but her question remained the same: what mechanisms underlie human inhibitory control, and why are some individuals so bad at it?

“There’s a clinical need for answers,” she shared. “It’s not only important to understand how these processes in the brain underlie normal behavior, but the hope is that by understanding these types of circuits in the brain, we’ll be able to better understand how they’re affected by disease progression and a lot of the disorders where we see problems in those abilities.”

So how, exactly, does Diesburg study something that we can’t see, and that we don’t yet understand? At Iowa, she began investigating a specific signature called “beta,” which is, in her words “a brain wave that cycles about 15 to 29 times per second.” Unlike a smooth ongoing brain wave, beta exists in short bursts, and it’s those beta bursts that she noticed occurring more frequently when someone is attempting to stop an action in both deep and surface regions of the brain associated with movement. Even more interestingly, these beta bursts are abnormal in movement disorders and potentially in other disorders of inhibitory control. One of Diesburg’s goals is to better understand how these signatures contribute to inhibitory control abilities.

Since graduating from the University of Iowa, Diesburg has relocated to Brown University for a postdoctoral research position. Although her research methodology has changed, her interests have not. “Now that we have beta, a signature that’s related to inhibitory control, I’m using biophysical computational modeling approaches to see if we can predict what’s happening in brain cells that produce these signatures. With simulations, we can explore what in those cells might create the brain waves we see on the scalp level.”

These methodologies also help Diesburg distinguish her work from existing research. “At least in humans, researchers tend to stay up on the higher level and recognize signatures like beta as correlates of our behavior, but we don’t really understand the mechanism that underlies them," she shared. "What I’m trying to do in my research is to take human inhibitory control down to a deeper mechanistic level, which you don’t often see in humans.”

Using these models, Diesburg hopes to gain more clarity about the lower-level mechanisms involved in human inhibitory control. As she explained, “If we can better understand how inhibitory control abilities work mechanistically in healthy people, then we can take those insights and apply them to clinical problems. Finding a better way to theoretically incorporate all these levels of analysis—behavior, the brain waves, predictions or recordings at lower levels—creates better frameworks that allow us to translate that knowledge and hopefully impact how we approach clinical applications.”

At Brown, one of her goals is to study predictors of transcranial magnetic stimulation (TMS) treatment response in mood disorders. TMS treatment involves applying a magnetic coil to the head to generate a series of magnetic pulses, which is then repeated over a number of sessions. New research suggests that beta bursts recorded before treatment begins may have characteristics predictive of which patients will benefit from TMS. By looking at brain data over the course of treatments, she explained, “we can use these biophysical modeling mechanisms to look at these brain waves pre- and post-treatment and see if changes in scalp-level signatures are meaningful and where they might be coming from.” Down the road, she hopes that this type of research will offer insight into why certain people respond well to TMS and even allow for researchers to predict what treatments may work best for each individual.

A recipient of the 2022 D.C. Spriestersbach Dissertation Prize in the Social Sciences, Diesburg described the “significant honor” of the award. While the monetary component aided in her cross-country move for her postdoctoral appointment, the public acknowledgement of her and her collaborators’ research carried even more weight. “Interdisciplinary collaborations and training are the things that allow folks to do the most cutting-edge science,” she shared. “I think that the presence of those types of interdisciplinary work and training programs at the University of Iowa are what allowed me to do the research and have the success I had in graduate school, and I think that’s a theme that’s going to continue to be important throughout the rest of my scientific career.”