When the program returned to the airwaves on Netflix in 2020, Moody and Yanes saw this as an opportunity to collaborate on a research project. The two friends collected original academic articles and interviews linking Hannibal to changes in television production, food culture, and pop psychology for the manuscript, Hannibal for Dinner, published Feb. 16, 2021 by McFarland & Company, Inc.

“I fell in love that show. There’s a scene where Dr. Lector prepares this good-looking piece of meat,” says Yanes, who earned his PhD in American studies at the UI in 2014. “He covers it in clay and bakes it. Once it's done cooking and he takes it out of the oven, the person who's eating the meal can see they've just had their leg cut off. The implication is that he cooked this person their own thigh muscle.

“But it's done in such a visually artistic way. In many ways, they stylized Hannibal in a cool sort of cultured fashion and you kind of root for him. I'm fascinated by that contradiction of knowing that he's this evil cannibal, but at the same time appreciating his work as an artist.”

Moody and Yanes first met in a quantitative methods course at the UI in spring 2010. Outside of class, they routinely watched weekly episodes of Hannibal. This creative collaboration between friends formed after graduation.

“We’ve been talking about doing more research projects together, both as friends and as professionals for a while,” Yanes says. “And then we were part of a small cult following with the TV show Hannibal. We were all emotionally devastated when the show was cancelled. I forget which one of us thought of the idea. At some point, we just said, ‘Why don't we just pick a book idea and just see if it gets accepted and go from there.’ And it was accepted.”

After having their book idea accepted, the editors sent out a call for original manuscripts to be included in their collection.

“We were looking for people just like us who were impacted by the show itself, but also had a critical lens to put onto the show, explaining why they had that worldview and what they could contribute academically to the book,” says Moody, who earned his PhD in journalism and mass communication in 2014.  “So that created a collection of essays that we're really proud of. Nick also went out of his way to get some killer interviews with producers and writers of the show.” 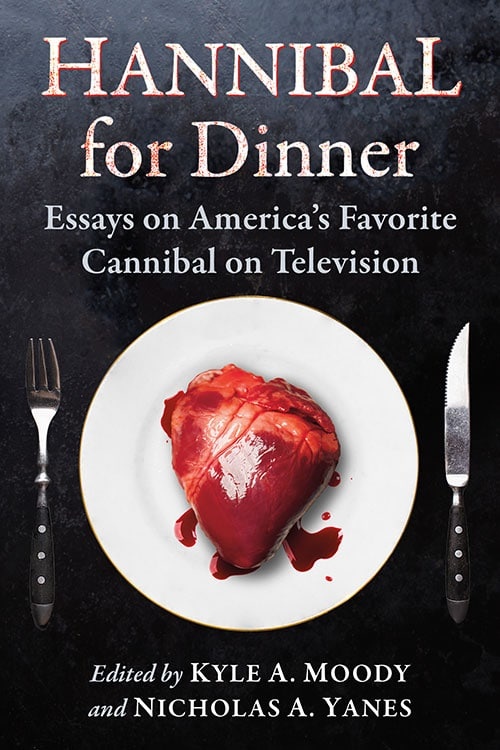 Moody and Yanes both have their favorite essays from Hannibal for Dinner.

“It was shocking, to be honest, to hear an executive producer say this show was not meant for the network, but instead for a streaming platform,” says Yanes, currently an academic and corporate consultant for the entertainment industry. “It’s a groundbreaking thing that most executive producers would never say, ‘We should have never made to the big leagues of the network.’”

Moody, an associate professor of communications media at Fitchburg State University in Fitchburg, Mass., has a hard time picking his favorite essay, but especially enjoys reading Simon Bacon’s piece, Stranger in a Strange Land: Hannibal as an Adaptation of Stoker’s and Browning’s Dracula.

“Simon Bacon’s chapter is an adaptation of Stoker's and Browning’s Dracula, which is all about the idea that this stranger comes to town and therefore changes the entire world and now you view the entirety of the series through his world,” Moody says. “That's one of my favorite things to go back and reread, but I will say all of the works in Hannibal for Dinner are equally deserving of your love.”

Moody and Yanes have maintained an ongoing discussion for a decade-plus now based on the many creative collaborations that began during their time as graduate students at the University of Iowa.

“We have a way of working that really focuses on taking a step back and thinking about the moment,” Moody says. “We are asking really interesting questions since that’s what our friendship was founded on, which translates really well to academic research. It’s been a really rewarding partnership working with my friend and bouncing ideas off him.”