Looking for Clues at the Scene of the Crime

Benton Purnell describes his work at the University of Iowa as “looking for clues at the scene of the crime.” When he was a graduate student in the Interdisciplinary Graduate Program in Neuroscience, Purnell studied Sudden Unexplained Death in Epilepsy (SUDEP), a diagnosis defined by a lack of answers. 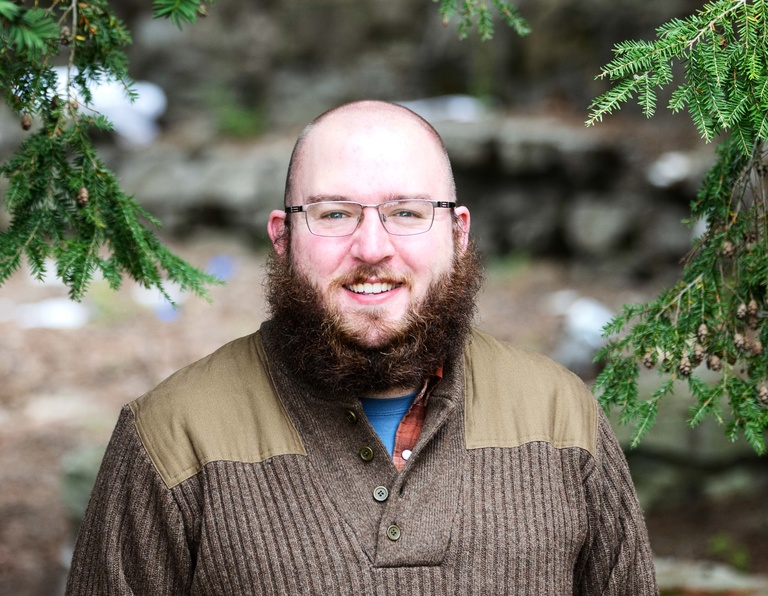 As Purnell explains, “One of the defining criteria for SUDEP is that when you do an autopsy, it comes back with nothing. That’s part of SUDEP’s definition. When you do an autopsy, there’s nothing to explain the death.” Despite the lack of explanations, there are a limited number of clues for what causes SUDEP, one of which is that it typically happens at night. “The end goal, the hope of my whole undergraduate work, was that by understanding when SUDEP happens, we might be able to grasp why it happens at all and what we can do to prevent it,” Purnell says. Considering that SUDEP is the leading cause of epilepsy-related death, a disease that affects 1 in 26 Americans, his commitment to finding answers is understandable.

In his graduate work, Purnell investigated how different times of day affected seizure outcomes in mice, and it was in this line of research that he made a revelation that defined his time at Iowa. People are diurnal, meaning we sleep at night, and rodents are nocturnal, sleeping during the day. Purnell describes his “core assumption” that, by extension, rodents would be more vulnerable to seizure-induced death during the day, the reverse of humans’ increased vulnerability at night.

Instead, his research revealed unexpected results: like humans, rodents are vulnerable to seizure-induced death at night. To confirm that this effect was not due to sleep-wake cycles or light conditions, Purnell induced seizures in complete darkness and during the animals’ wake times, recording EEG and the animals’ breathing to trace the seizures’ electrical and respiratory components, respectively.

Purnell’s discoveries suggest that seizure-induced death might be tied to circadian rhythms that are “conserved in terms of their pattern between nocturnal and diurnal organisms.” Rather than viewing this discovery as a frustrating setback, Purnell instead saw it as a “blessing in disguise,” a feature that added to the novelty of his research and helped him set his work apart from other researchers studying SUDEP.

Purnell clarifies, “Although the whole epilepsy community was more or less predisposed to think about the timing and cause of SUDEP through the lens of sleep, because sleep is so relevant to other aspects of epilepsy, my work is really forcing them to grapple with the fact that sleep and circadian rhythms are entirely different processes. It might actually be that circadian rhythms are really driving SUDEP as much as, or even more than, sleep/wake regulation.”

Purnell’s interest in circadian rhythms began years before he stepped foot on Iowa’s campus. During his undergraduate years at the University of Maine, he performed research on circadian rhythms in relation to a neurotransmitter called serotonin. He was drawn to the University of Iowa by the interdisciplinary Neuroscience program, which brings together graduate students interested in neuroscience research at different levels, from cells in a dish to human brains.

Along the way, he discovered that Dr. Gordon Buchanan was engaged in sleep-wake regulation research in relation to serotonin in seizure-induced death, and he reached out to see whether Dr. Buchanan had considered exploring the same constructs in circadian rhythms. Dr. Buchanan responded that he was hoping to find a graduate student interested in that area of research, and the rest is history.

As Purnell describes it, “my entire project in my PhD was trying to evaluate the possibility that time of day, aside from sleep-wake regulation, would alter someone’s vulnerability to dying of a seizure.” He attributes much of his success to Dr. Buchanan’s mentorship style, particularly his willingness to “unchain [Purnell] to run wild” in his research and investigate the questions that interest him.

Purnell defended his dissertation in late 2020, and in 2021, he received the Graduate College’s D.C. Spriestersbach Dissertation Prize, an award that recognizes excellence in doctoral research that is an unusually significant contribution to the awardee’s field of study. Today, Purnell is a post-doctoral research fellow at Rutgers University in New Jersey, still engaged in SUDEP-related research. He now studies how a transmitter called adenosine works in seizure-induced respiratory arrest, essentially working to understand how adenosine concentrations in human brains during seizures affect respiratory patterns.