Helping the Navy From a Landlocked State

How does a graduate student in a landlocked state come to study active sonar target classification, with the ultimate intention of helping the Navy identify foreign objects in the ocean? For Bernice Kubicek, it was the logical choice. After her sister joined the Navy right out of high school, Kubicek became interested in pursuing engineering work real-world applications for her sister’s branch of the military. 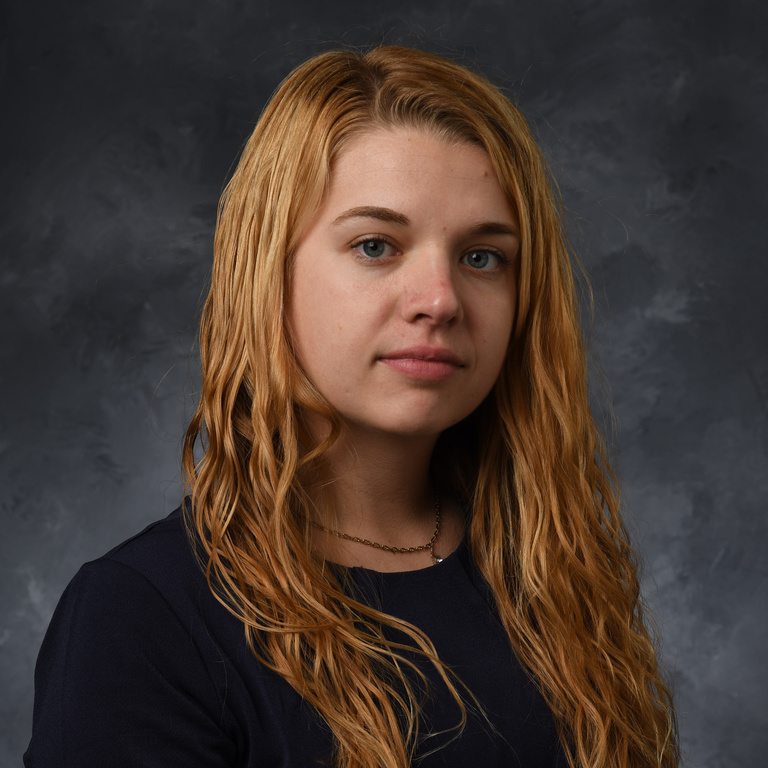 When she came to the University of Iowa to earn her PhD in electrical and computer engineering, Kubicek's graduate advisor, Dr. Sen Gupta, encouraged her to explore a number of potential projects. She eventually landed on active sonar target classification, driven in part by the potential of helping ensure her sister’s safety. Be it a “battle space scenario,” where the Navy identifies enemy submarines, or a way to safely clear out unexploded ordinances from swimming and boating areas, this research has an abundance of practical and protective uses.

When she was an undergraduate student at Milwaukee School of Engineering, Kubicek became interested in signal processing, a key component of her current research at Iowa. As she explains it, her work in active sonar target classification involves sending out a “ping” to a target, collecting the signal that bounces back via a microphone or hydrophone, and then “trying to figure out what that thing is that you just pinged, whether it’s a rock, or an unexploded ordinance left over from World War II, a shipwreck, or an enemy submarine.” In order to respond appropriately, the Navy needs to know what, exactly, they’re “looking” at, in real time.

It requires a great deal of math and modeling to make sense of the return signal’s distortions—anything from bubbles to the water’s salinity can alter them—but Kubicek finds that math “beautiful.” She spends most of her day working on this problem of signal distortions, trying to figure out how best to clean the data to figure out what, exactly, is being pinged.

Kubicek craves the challenging nature of this work, or as she explains it, “all of the complex problems for how the sound propagates through the ocean and how the distortion makes it so you can’t see what you’re pinging.” Another challenge is the lack of “a catch-all model for the ocean in general,” meaning that part of her efforts involves building models based on different circumstances and “cleaning” the data to identify a given object without a road map to rely on. 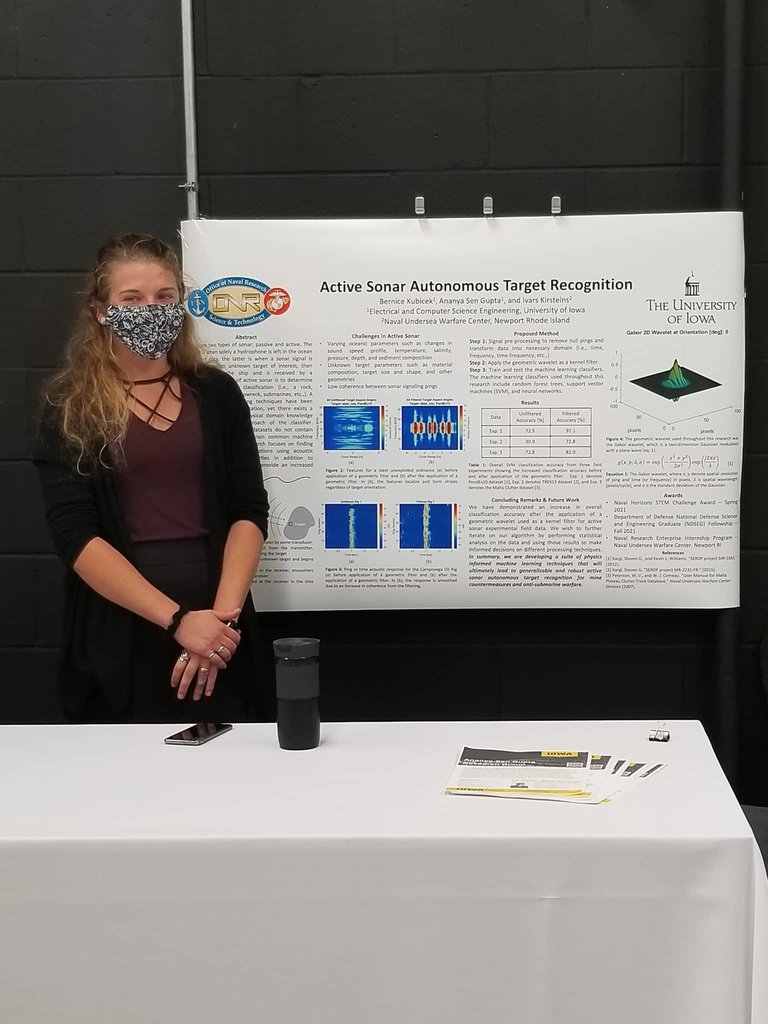 The real-world application of Kubicek’s work has real-world consequences, as she discovered when she was awarded the Department of Defense National Defense Science and Engineering (NDSEG) Fellowship. She describes the fellowship as giving her “complete freedom over what I’m doing.” She still communicates weekly with Dr. Sen Gupta, but she can pursue interests that may extend beyond the limitations of her advisor’s current grants. Kubicek credits Graduate Careers and Fellowships Advisor Brady Krien’s co-taught course on fellowship writing with helping her to discover the fellowship and to strengthen her application.

The grant not only funds her research, but it also offers a mentorship program, connecting her with a mentor in the Navy, in addition to a large number of experts working in various fields. Kubicek is treating this program as a way to build her network, which she hopes will prove helpful after she graduates. She plans to work at a Naval lab for one or two decades before turning her attention to teaching full time. After all, enthusiastic and attentive professors are responsible for introducing her to the concept of signal processing in the first place. As she recalls, “my professors helped me understand signal processing, they put it in layman’s terms, and they got me excited. So if I could be that person for a couple of students in a generation or two, that would be ideal.”

As much as Kubicek looks forward to where her research endeavors will take her next, she also looks back, acknowledging how far she’s come from her first few months on campus. One hurdle of graduate school was recognizing the necessity of “always reading and writing, especially academic papers.” As she quickly realized, the broad scope and the existing research on active sonar target classification meant that she needed to spend adequate time trying to “understand the problem” driving her research.

Alongside that reading was the task of developing her writing skills. “It’s all technical writing, and you would think it’s just conveying a couple of numbers and it should be pretty easy, but you need to be very specific in how you are conveying those ideas.”

With all of her reading, writing, coursework, and coding, Kubicek stays busy, but she tries to squeeze in regular walks around lunchtime because she finds the University of Iowa’s campus so pretty. Between the beautiful foliage and the abundance of professional opportunities, she’s found that this landlocked state has quite a lot to offer.