Finding Purpose at the Intersection of Activism and Academics

Caroline Cheung never intended for her activism and her academics to fully overlap. In college, her friends introduced her to prison abolition movements, sharing key texts and inviting her to participate in political organizing and community work. From there, she became actively involved in organizations like Black and Pink, a prison abolitionist group that supports LGBTQ and HIV-positive prisoners. Caroline started graduate school hoping to study, as she describes it, “the uses of political language and political abstraction and rhetoric.” She intended to keep her activism and her graduate work separate, motivated in large part by the sense that she didn’t want to risk “intellectualizing something that should be rooted in doing work outside of these institutions [like the university system].” Although this concern is still top of mind, the more Caroline progressed with her coursework and research, the more she sensed that she should engage with the resources available to her as a graduate student, resources that could make her “a more responsible abolitionist and activist.” 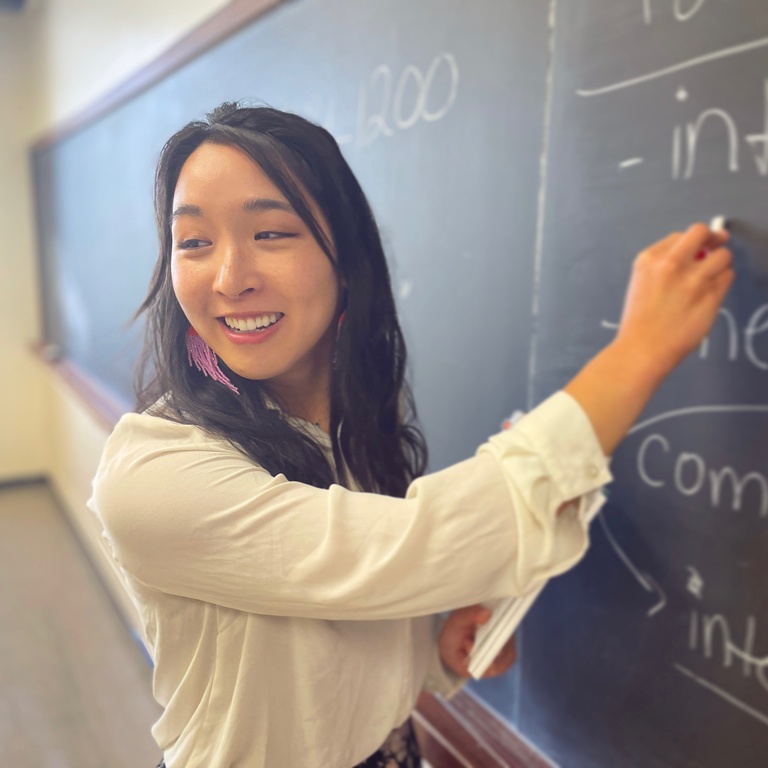 While in graduate school, Caroline became familiar with the concept of transformative justice, a movement and set of practices developed primarily by black indigenous people “who wanted to create different ways of responding to harm and preventing harm in society.” Transformative justice is in some ways an extension of restorative justice, a familiar term for prison spaces, but it pushes beyond restorative justice’s aims by attending to systemic harm and violence and the institutions that contribute to it. Fundamental to this work is the sense that we should respond to harm according to survivors’ needs, often by building and maintaining relationships. The movement endeavors to abolish punitive systems (including prisons) and replace institutions of violence with reparations, services, and harm-reducing policies.

Although Caroline strongly supports the prison abolition movement, given that prisons still currently exist, she is committed to teaching at prisons and/or teaching formerly incarcerated people. In a fortunate turn of events, as she connected with Dr. Rachel Williams as a mentor, she discovered that Dr. Williams was already teaching a course that involved co-facilitating a healthy relationships curriculum at the state’s “women’s prison” (which includes transgender men and gender nonconforming people, in addition to cisgender women). The almost two-hour commute inevitably became too much to manage on top of graduate school, so Caroline decided to join the University of Iowa’s LABB (Liberal Arts Beyond Bars) program, which offers higher education opportunities for students currently incarcerated in Iowa. Before COVID-19 halted LABB’s programs, she worked as a Teaching Assistant for a Rhetoric course, co-taught another Rhetoric class, helped create a writing center, and taught a General Education Literature course at the prison.

Teaching at prisons hasn’t just been a chance to help her students reach their educational goals. It’s also been an educational opportunity for Caroline, positioning her to reflect on her approaches to teaching and the classroom environment more broadly. “Teaching in the prison made me a better teacher,” she explains. “It forces you to be so hyper-aware of the unethical ways the prison works but also how education works,” such as the variety of student experiences, which can often be at odds with classroom expectations. These revelations are amplified in the prison system, where students live together and the teacher departs from the prison once class is over. Caroline’s awareness of this power dynamic made her even more thoughtful about implementing practices where students could leave conversations and had access to accommodations, from trauma-informed teaching to content warnings. It also pushed Caroline to think about classroom spaces outside of the prison and back on college campuses. “Why don’t we also give [our students on campus] the grace of understanding that if you didn’t complete a lesson, it’s not because you didn’t care?” she asks. “We shouldn’t expect that every student can come into the class with the same mentality or emotions every day, because everyone has different things going on. It’s that same idea that what happens in the classroom leaves the classroom. It will go into the community.”

Aside from teaching, Caroline has identified spaces to build relationships with likeminded graduate students. At the University of Iowa, she served as a member of the Mellon-funded Humanities for the Public Good advisory board. Working in a small team of graduate students, faculty, and staff members, they explored possibilities for a humanities lab engaged in issues of racial justice. Additionally, as one of Imagining America’s Publicly Active Graduate Education (PAGE) fellows in 2020-2021, Caroline joined a cohort of students involved in publicly engaged work. The community offered opportunities for support and resources alongside formal webinars and workshops in what she describes as “a good balance between meeting people, collaborating, and talking in meaningful ways and concrete opportunities for professional development, as well as the chance to learn practices and values for publicly engaged work.” As a co-director for this year’s PAGE fellows, she wants to continue contributing to a group of people “doing work that is grounded in community and liberation.”

Caroline is still navigating her relationship to prison teaching. As she notes, “while it’s important for people who are caged and incarcerated to have programs and things that allow them to make choices and form relationships again, it’s also important that we don’t just use those programs for an excuse for the prison system working and an excuse where formal education is this great savior.” She points out that in some cases, prison courses can put students in an environment with additional punitive authority figures, a dynamic further complicated when white instructors teach students of color. Caroline is continuing to fight for prison abolition, but in the meantime, she is processing the nuances of prison teaching and forming relationships with people inside of the prison system. Caroline explains, “No matter what, I just want to make sure that my work—and whether that’s academic or outside of academia—is somehow helping, and at the very least not hindering, liberation. People actually getting home.” No matter the setting, her scholarly mission remains unchanged.