An Optimistic Researcher and Educator

Victoria Müller Ewald is an optimist. A second-year Iowa Neuroscience Specialty Program in Research Education (INSPIRE) postdoctoral fellow, she earned her PhD in the spring of 2020, a moment she describes as “right when the world was shutting down.” Her graduate defense was online, a format that she understandably recalls as being “really tough.” Despite these frustrations, Dr. Muller Ewald has chosen to celebrate the highlights. In this case, the defense format allowed for her family in Brazil and friends around the United States to virtually attend and celebrate with her. 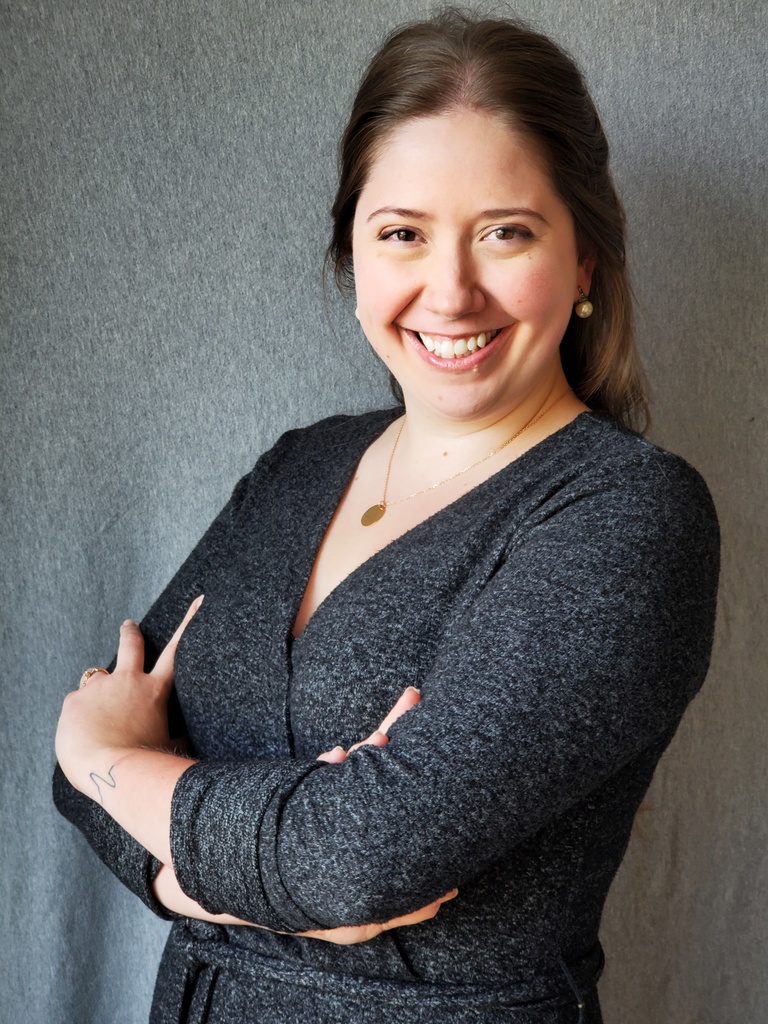 She maintains that same unfailing optimism in her approach to research, framing the lowest point of her graduate studies as, again, a highlight. At one point when Dr. Müller Ewald was working toward her PhD in neuroscience, she broke her electrophysiology recording rig, the instrument she utilized to measure brain activity. The tool was critical to her research and quite expensive, and it broke—or rather, she broke it. She recalls sitting on the laboratory floor late at night, surrounded by different hardware and, in her words, “simultaneously trying to figure out where to plug in different cords and crying.” But then, she says, “I fixed it.” She sent broken pieces back to the company. She learned how to solder. She wrote new software. Within months, she was up and running, and in the process, the lowest point of her graduate career became one of the highest. Through it, she problem solved, expanded her knowledge base, and gained new confidence in her abilities.

It might help that Dr. Müller Ewald’s research area lends itself to optimism, or at least exciting possibilities. She refers to it simply as “high-risk, high-reward research.” In graduate school, she worked in Dr. Ryan LaLumiere’s lab, using optogenetics, pharmacology, and in vivo electrophysiology to manipulate and observe neural activity and investigate how regions of the brain were engaged during drug-seeking behavior. As Dr. Müller Ewald explains, “I am really interested in understanding how certain brain regions can have an impact on behavior, especially during challenging situations where multiple behaviors are possible, but only one is preferred.” In her postdoctoral fellowship, she heads the human clinical population portion of Dr. Krystal Parker’s lab. By studying electrical activity in the brain in various patient populations, including people diagnosed with psychiatric disorders, the lab works to understand the importance of a brain region called the cerebellum. In their recent clinical trials, they can even investigate whether stimulating the cerebellum can help with cognition or mood regulation. Given that the cerebellum is conventionally understood to contribute to coordinated, smooth muscle movement—and not much else—this notion of an alternative function is groundbreaking, and the research’s potential implications are substantial.

The Importance of Mentorship

For Dr. Müller Ewald, the payoff of her lab work is twofold: it has made her a better researcher, giving her concrete skills in data analysis and practice working with patient populations, but it has also equipped her to be a better mentor. From her mentors at the University of Iowa she has learned rigorous research practices, grant writing skills, and how to lead fruitful collaborations with other scientists. She has also learned critical thinking skills that can be applied to experimental design and the evaluation of scientific literature. Now working with individuals in the department of psychiatry, Dr. Müller Ewald is realizing the potential of expanding research as much as possible, to include a variety of patient populations and to acknowledge how each patient is unique.

As she looks forward, Dr. Müller Ewald is motivated to mentor the next generation of scholars and researchers. A skilled coder, she aims to get more women into coding and continuing to mentor them throughout graduate school. As she phrases it, “I want to give people the mentorship they need, by helping people feel empowered and supported in graduate school so they stay. You need to know that you’re valued.” That commitment translates into her efforts to recruit undergraduate students and to mentor graduate students, but also her work with various organizations that help give individuals coding experience, including the Neuroscience department’s Hacky Hour, the regional organization Iowa Tech Chicks, and the national organization Girls Who Code. She explains, “You come into grad school, you think you have the basic biology down, and they’re like, ‘Now learn to code.’ Because I felt intimidated by coding and because I noticed a lack of other women writing code, it was really hard for me to understand that I could become good at it. So I decided, I’m going to do everything I can to bring other people in on this and help them as they go through their coding journey.” With the goal of empowering people of all backgrounds and skill levels to contribute to the advancement of neuroscience, Dr. Müller Ewald looks forward to where her career will take her and hopes to become a mentor and positive example to the next generation of scholars.