Abylay Zhexembay has been drawn to math since middle school, but actuarial science was nowhere on his radar. He first learned about the field as he left his hometown in Kazakhstan to pursue his bachelor’s degree in the United States. While he had little exposure to actuarial science growing up, his experiences with the field in college have led him to study it on an advanced level in his program now at Iowa. 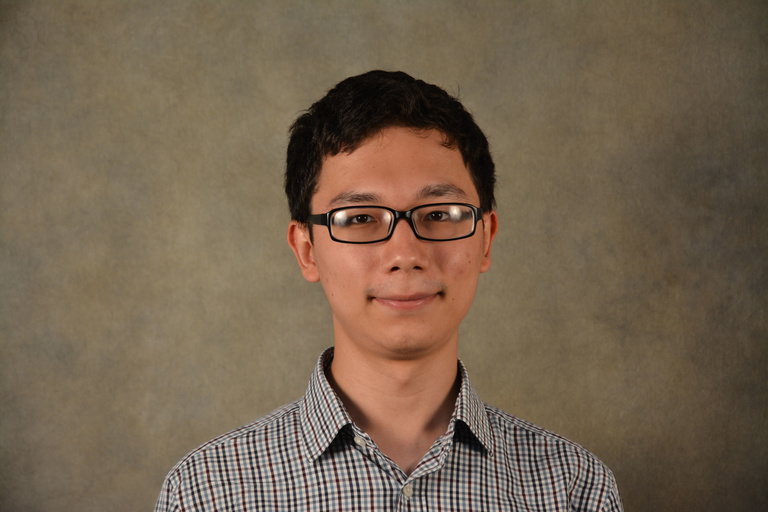 Zhexembay’s father is a mathematician, so he grew up learning about conceptual math but was always more interested in the problem-solving aspect of the discipline. As a high school graduate, he considered the different fields within applied mathematics as potential career paths, but learning about actuarial science in several of his college classes fascinated him.

Zhexembay earned a master’s degree in actuarial science at the University of Iowa in 2018. His professors there encouraged him to continue in the field with a PhD and he also notes how they helped him better appreciate the field’s interconnections with other areas of math and STEM professions.

“There were several classes in my master’s program that really influenced me,” says Zhexembay. “Prior to those, I didn’t fully understand how connected different areas of math were. For example, I used to see probability as a separate branch. However, when I started taking those classes and teaching for the department, that showed me how probability is closely connected to the other branches of mathematics. That was really eye-opening for me.”

Since then, Zhexembay has progressed into the actuarial science PhD program at Iowa. Working with his dissertation supervisor, Professor Elias S.W. Shiu, his research in the program focuses on barrier options, an investment tool that provides payoff at a certain time point if corresponding indices or stocks either continuously stay above or below a certain value. They can also provide payoff if they reach that value, depending on the terms of each contract.

Although it is impossible to completely predict future stock price fluctuations, actuaries can estimate the probabilities of certain events – for example, the likelihood of GameStop stock prices reaching $100. These probability values are then used to determine the premium amounts for the corresponding barrier options. Zhexembay’s research is focused on developing a new technique to accurately calculate the premiums for barrier option contracts. Although his goal is to derive a pricing formula in the context of barrier options, he sees its potential applications being more wide-ranging.

“This expression could be used in markets to more accurately price different financial instruments, such as variable annuities,” says Zhexembay. “At the end of the day, it’s all about finding more precise values. Although nowadays we can do a lot of this work using simulations – because we have such powerful computers – developing closed-form formulas like this will still be helpful and will make the process more efficient.”

While conducting this research for his dissertation, Zhexembay has also gained more teaching experience in the department. He initially began teaching actuarial science courses while in his master’s program and has since expanded the log of courses he teaches as a doctoral student.

He credits this wide range of teaching experiences with helping him distinguish his teaching style.

“I much more enjoy teaching actuarial courses rather than basic statistics courses because students are more engaged,” says Zhexembay. “I’ve been teaching one course in particular – Financial Math – over the past two years that addresses one of the actuarial exams. Students are really motivated to do well on that exam and they are always clearly interested in learning during class.”

Zhexembay’s teaching style is inspired by one of his own undergraduate professors who would distribute exam questions ahead of time to help students prepare. Although this initially took him by surprise, the professor explained that he saw no point in giving students very difficult questions in timed exams when they would only be able to solve one or two problems. The professor emphasized that he wanted to see students put an effort in and show a full grasp of the material.

Zhexembay has embraced that philosophy in his teaching methods. He looks to see his own students putting in that same effort to learn and demonstrate their understanding of the material. He is thrilled when students demonstrate that passion for actuarial science in their work. More than anything as a teacher, Zhexembay appreciates seeing them succeed throughout their programs – just like he has at the University of Iowa.