After someone is diagnosed with breast cancer, they can face countless hurdles to treat their disease. Even after treatment is complete, however, survivors are many times left with lasting and unexpected symptoms and changes to their bodies. Many breast cancer survivors experience debilitating fatigue, severe fear of cancer recurrence, depression, anxiety, and a now unfamiliar body, amongst other setbacks in the transition.

Recognizing these adversities, Ariana Shahnazi focused her dissertation on analyzing the various challenges survivors face and the types of support that can help them better cope with these challenges.

“The things we say to people experiencing health issues could ultimately help or hurt their ability to cope with these health challenges,” says Shahnazi, who earned her PhD in Communication Studies at the University of Iowa in 2020. “We know that social support is valuable to people within medical contexts, but we don’t know a lot about the specific characteristics of supportive messages that can help or hurt people’s ability to cope with health setbacks. The goal of my dissertation research was to begin answering that question for younger women with breast cancer – because they’re an especially vulnerable population.” 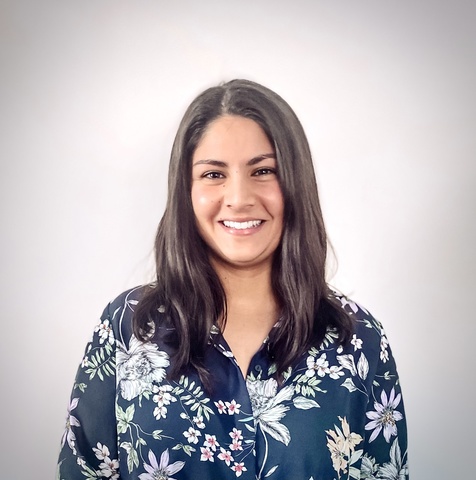 Compared to survivors over the age of 50, younger breast cancer survivors are more likely to experience more severe stress, fear of cancer recurrence, depression, anxiety, and limiting physical symptoms after treatment. Younger breast cancer survivors within 18 months of treatment, also called the “re-entry” period of survivorship, are often especially vulnerable to poor physical and mental health. The first 18 months of survivorship are especially difficult because patients are making an abrupt transition from “patient” to “survivor”, leaving them little time to process the events of their treatment while also trying to adapt to others’ expectations that they return back to a “normal” life after treatment.

Throughout her research, Shahnazi found that participants often described that their friends and family incorrectly assumed things were ‘back to normal’ after they completed treatment. In reality, the survivors continued to deal with numerous emotional and physical obstacles.

“Social support is usually received in response to stressors,” says Shahnazi. “Yet, a majority of participants thought that others no longer believed they were experiencing any cancer-related stressors or needed support like they did during diagnosis and treatment. They did, in fact, still need support.”

Participants also expressed their eagerness to discuss their challenges and struggles. They understood that family and friends we hesitant to bring up their cancer journey and experiences for fear that it would make survivors feel uncomfortable.

Shahnazi also discovered that survivors appreciated this emotional support even more when it was spontaneous and unasked for. They stressed that it was refreshing whenever others asked how they were doing or about what they had been through. These kinds of support made survivors feel that their experiences and challenges were both acknowledged and validated.

“Receiving these kinds of support without the burden of having to ask for them was really helpful for survivors,” says Shahnazi. “It reminded them that their challenges were being seen and heard, not simply forgotten. That’s in direct contrast to the invisibility that a lot of survivors described feeling during the re-entry period.”

Shahnazi’s research also suggests that spontaneous tangible support benefits younger breast cancer survivors. Participants reported physical challenges throughout the re-entry period, such as exhaustion and an overall loss of physical endurance. Many survivors explained that it was immensely helpful when others showed up to provide physical assistance and services, such as cleaning the house, taking kids to school, or providing a meal.

The participants also pointed out that certain statements of support were appreciated but they weren’t as helpful, because these statements placed the burden of asking for help on the survivor. They noted that a more helpful way of offering support is to instead make direct offers of help. For example, instead of saying “please let me know if you need anything,” friends and family could offer more direct help by asking “when can I bring dinner over?” Direct and spontaneous offers of support helped to remove the burden of asking for support while making survivors feel cared for and supported in their challenges.

Since completing her PhD, Shahnazi has continued to be involved in research as a program manager within the Department of Veteran’s Affairs’ Center for Access & Delivery Research and Evaluation (CADRE) in Iowa City. Although she and her colleagues are now focused on researching veterans’ access to healthcare, she sees the broader goal being the same as her research with younger breast cancer survivors.

“Researching the different barriers people face in accessing healthcare helps to bring awareness to them,” says Shahnazi. “If we can improve those areas of access for veterans, I think it benefits them in the same way my research with breast cancer survivors does. Whether it’s focusing on access to healthcare or experiences in healthcare, I’m ultimately working to improve people’s quality of life.”