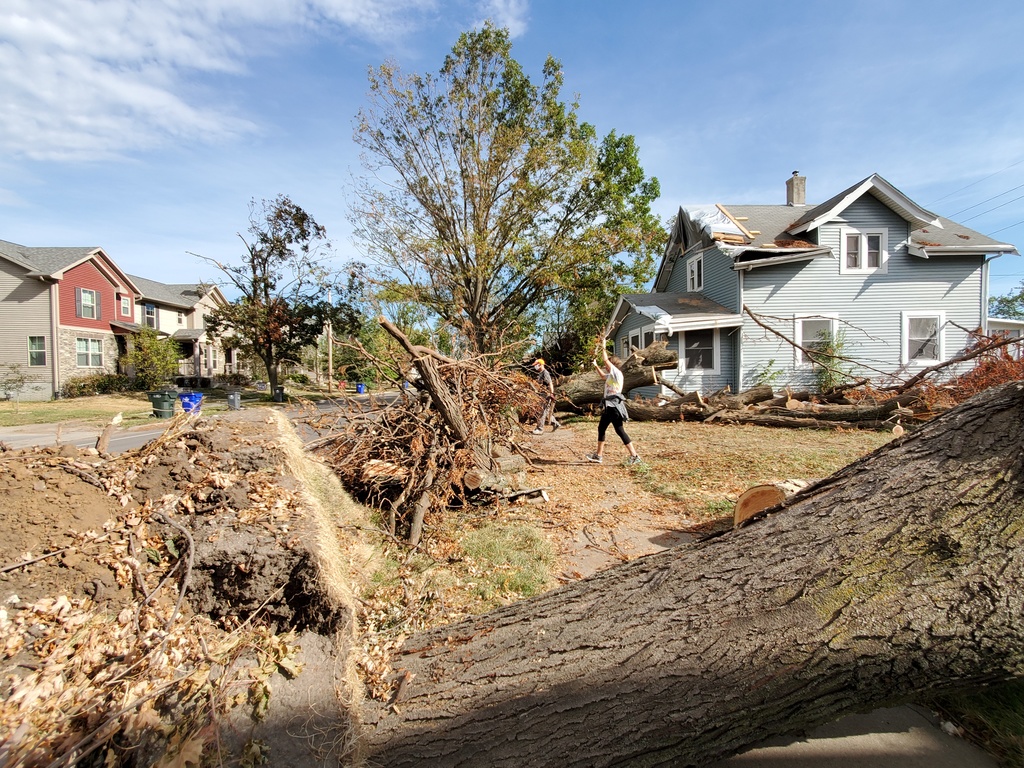 When a severe derecho swept through the Midwest last August, Cedar Rapids was hit hard. Many residents were without power for weeks, the city lost at least half of its tree canopy, and the fire department condemned more than a thousand residences for significant structural damage in the first week after the storm alone. Locals knew recovery efforts were going to take a coordinated effort – and several Graduate College alumni found themselves at the center of this response.

Tracey Achenbach, Ashley Balius, and Stephanie Murphy – all graduates of the Urban and Regional Planning (URP) master’s program at the University of Iowa – helped develop one of the core initiatives responding to the derecho damage in Cedar Rapids: the Providing Assistance to Community Homeowners (PATCH) program. PATCH operates as a network of partner organizations providing their specialized resources to make a comprehensive response program for affected homeowners. 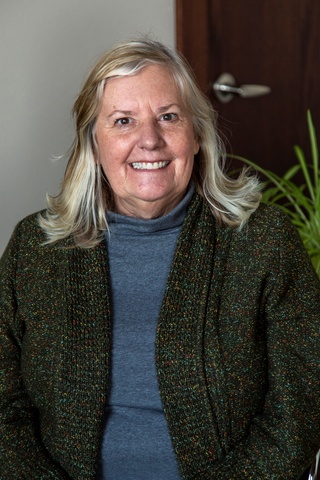 Achenbach, Executive Director of the Housing Fund for Linn County and Community Development & Housing Director for the Eastern Central Iowa Council of Governments (ECICOG), began thinking about the role her organizations could play in the recovery as she surveyed the damage. While she spent much of her graduate program focusing on housing, she was eager to get others’ input on a potential response. Achenbach sees her professional relationships as integral to her work – especially when responding to large-scale disasters like this – and collaboration as a necessity.

Achenbach’s network of fellow Hawkeye alumni in the field is one source of this professional support. In an early conversation with Balius, Community Outreach & Assistance Director for Linn County Community Services, they discussed the unique needs of homeowners facing property damage in Cedar Rapids.

“We knew that some programs were being set in place for renters who were displaced from the derecho, but we were not seeing much assistance for homeowners,” says Achenbach. “We were particularly worried about people with low- to moderate-incomes – whether they had adequate insurance and how they would maneuver the process of working with contractors for repairs.”

Balius was hearing similar concerns from representatives of other community agencies, including those in the Linn Area Partners Active In Disaster (LAP-AID). She focused on housing and community development in her graduate program but notes that faculty repeatedly emphasized disaster planning throughout her courses and practical experiences. Balius credits this focus on responding to public emergencies as being particularly helpful for her roles in LAP-AID and Linn County.

While Balius was initially focusing on gathering leaders in the community to discuss response options, others were looking to secure funding even before the chainsaw dust settled. Murphy, executive director of the Neighborhood Finance Corporation (NFC), applied for a grant almost immediately after the derecho struck before she was aware of the local collaboration beginning. Her nonprofit organization specializes in lending programs for neighborhood revitalization efforts, so she knew right away that they could play a key role in administering loans and grants for the community’s response. 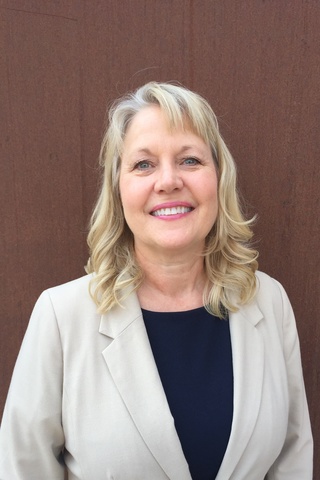 Murphy’s interest throughout the URP program was also on housing policy but she was particularly interested in housing finance policies. She happened to focus her graduate capstone project on studying the Neighborhood Finance Corporation in Des Moines, as it was being established, because she was interested in their funding model. This experience led to her first job in the nonprofit sector with NFC upon graduating – the same organization she now leads.

Murphy has followed her interest in housing financial policies since her time in the planning program at Iowa, and that has continued to be her focus with NFC’s role in the PATCH program. Her organization has been designated the primary lender of funds available through the program, which includes administering the revolving loan fund.

The revolving loan fund allows applicants to withdraw enough money to pay for repairs while they wait for reimbursement from insurance or FEMA assistance. Borrowers may be eligible for loan forgiveness in certain circumstances, such as when insurance providers do not cover the full cost of repairs. This type of financial support can have a powerful effect in helping low- to moderate-income homeowners recover their properties and avoid getting weighed down by unforeseen expenses.

“For most low-income families, their home is their number one wealth builder,” says Murphy. “When that asset gets diminished, it can have a snowball effect. For example, one of our first cases was helping an applicant cover the cost of repairing her garage; insurance would not cover the damage because the garage was detached. We knew if she didn’t get her garage roof fixed, she would get cited by the City later on and the costs would keep piling up. By addressing those immediate needs up front, homeowners can avoid financial crises like that and keep moving forward.”

This type of community investment is something all three alumni have focused on – both in the URP program at Iowa and in their professions since. Not only can it prevent homeowners from becoming burdened with overwhelming expenses, it can also help many save their properties and avoid potential homelessness. The effects of a program like PATCH can have ripple effects in helping an entire community rebound from a disaster.

In addition to its financial resources, the PATCH program offers assistance for homeowners with construction needs through several other partner agencies, including Matthew 25 and Habitat for Humanity. The PATCH program is the work of more than a dozen different organizations funding and implementing it, including those in both the private and public sector. For the Iowa alumni involved in this partnership, the program is just another example of them applying concepts from their graduate program to practice – with remarkable effects. 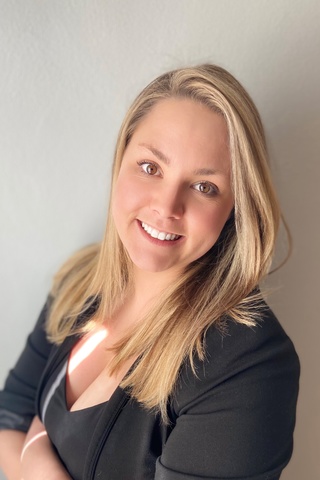 “One of the things we talked about all the time in graduate school was the importance of public-private partnerships,” says Balius. “Our faculty really impressed upon us the need to learn about these partnerships, which has been really impactful in my work. We were able to get the PATCH program off the ground and running quickly because we were all working together – it wasn’t just one entity trying to take it on. This program is a perfect example of how effective public-private partnerships are.”

The three alumni are pleased with how great collaboration has been with the many different organizations involved in the partnership. None of the agencies or organization leaders have become distracted or concerned about taking credit for the work; they have each simply remained focused on offering their resources to help the community as best they can. That concentration on the common good is exactly what inspired these community leaders to study planning and public affairs in the first place.

“I have been very impressed with how all our partners in Linn County are working together,” says Achenbach. “It truly is a collaborative group. If we see that something would work better one way than another, no one gets territorial about it – the whole group is just focused on improving the program and meeting the needs of the community. None of us could have done this alone, and the relationships used and formed with this collaboration are so important for helping each of us do more good down the road.”

The program has already attracted around 100 people who are either currently enrolled, applying, or otherwise expressing interest in PATCH. The three alumni involved expect demand to increase over the spring and summer as many homeowners begin preparing for repairs – and when demand does rise, they and their partners will be ready.