PhD candidate analyzes voting behavior and access to the ballot

Joseph Coll, a PhD candidate in political science, similarly holds voting in high regards. He views it as necessary for achieving a more just society.

“I’ve really been interested in why there is inequality in terms of policy and societal outcomes,” Coll says. “One reason I think inequality exists is that people aren’t voting. Trying to get equality in voting is very important for achieving equality in society.” 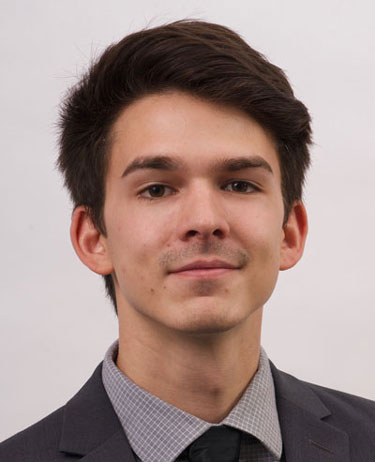 This begs the question: why aren’t people voting? Coll has several answers. Different voting restrictions among states disenfranchise some voters. Others are demotivated because they view their votes as being mistranslated.

Coll’s research focuses on the difference between one person’s actual vote and a state’s Electoral College value. The following related example illustrates his point.

President Trump won the state of Michigan in 2016 by about 10,000 votes. He and Hilary Clinton both received nearly 2.3 million votes each within the state. However, because Trump received slightly more votes than Clinton, he received all sixteen of the state’s electoral votes.

Electoral votes represent large populations—in this case, all of Michigan. Because Trump received all of its electoral votes, it appears as if he won the popular vote. Those 2.3 million Clinton supporters saw, in all intents and purposes, their votes mistranslated into electoral votes for the rival candidate.

“Even if we had the congressional district method nation-wide, there would still be this aggregation of hundreds of thousands of votes into one (electoral vote),” says Coll, who received an Underrepresented Minority Pre-Comprehensive Exam Mentored Fellowship from the Graduate College. “I would hope that (mistranslation) happened less, but that’s still going to happen.”

Coll is also focusing on ways to reduce mistranslation in some of the most populous states, such as California, Texas, Florida, and New York. These states see high ratios of individual voters represented per each electoral vote. He decided to—theoretically—divide up each state into several smaller states to reduce this ratio. In doing so, he found mistranslation was reduced significantly and electoral votes were more congruent with the popular vote count.

“This would make it more fair for everyone as individuals and for other states as blocs,” Coll says. “I recalculated the outcome of the 2016 election with the selected states being broken up and it ended up being a lot more equitable than the actual outcome. Trump ends up winning the Electoral College by about 10 votes instead of 74. The outcome is still incongruent with the popular vote but it’s closer to being congruent.”

Coll has been researching another barrier to fair voting alongside fellow graduate student, Courtney Juelich. Individual states continue to create their own voting restrictions.

“We’ve seen a lot of states now, in preparation for the election, implementing restrictive electoral laws that they know will be shot down in their state supreme courts or the U.S. Supreme Court, but the laws won’t be overturned in time,” says Juelich. “Even just having the change in information out there makes it harder for first-time voters to understand what they’re doing.”

Coll and Juelich took a closer look at the effects of electoral laws with an index that ranked states according to their ease of voting—most specifically with younger votes (under 27 years old) in mind. Permissive states had limited regulations and easy voting, while restrictive states had more regulations and stringent voting requirements.

“If you’re in a very permissive state, you’re more likely to vote as both a young person and as an older person,” says Coll. “But when you look at the most restrictive states, there’s a difference of 16 to 18 percent because young people don’t have the necessary resources to pay the cost of voting when it gets so expensive.”

Younger people may be less able to cover the direct and indirect costs of voting in restrictive states. They are inhibited by voter ID fees, issues of childcare, and the inability to take the time to physically vote in person. Coll and Juelich have also begun researching how restrictions impact racial groups differently.

“The youngest generations of millennials and Gen Z are some of the most racially diverse cohorts in American history,” says Coll. “Yet, a lot of resources are still distributed by group. White individuals have more time and money, so it’s easier for them to pay these costs. It’s not only that these minorities don’t have the same resources—they’re also young. It’s harder for them to vote and they haven’t voted before.”

It is Coll's and Juelich’s hope that their soon-to-be published article in American Politics Research will shed a light on the impact of voting restrictions and their hope to expand voting access across the United States.