An inside study on federal Indian law and mineral rights

Toiling in the oil fields of North Dakota, little did John Jepsen realize he was already on the path toward his PhD at the University of Iowa.

Jepsen worked on oil rigs from 2012 to 2016, seeing it foremost as a great financial opportunity.

“My father worked in the oil industry my whole life,” he says. “So, I jokingly like to call myself ‘second-generation oil field trash.’” 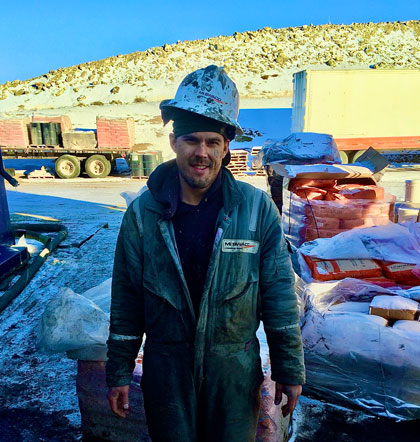 With a Bachelor of Arts in English Literature from the University of Montana, however, the self-proclaimed environmentalist found himself an outlier in an industry he described as “very white, very male, and very conservative.”

“There was a lot of implicit or explicit racism,” he laments. “And I think for me, it was more of an education in beginning to learn about Indian politics on the ground without really understanding a lot of the history of it.”

Jepsen left the industry following a layoff. After finishing his master’s degree, his future wife encouraged him to apply for doctorate programs. He initially wanted to explore the effects of the boom-and-bust oil field economy on small communities, rural areas, and migrant labor in the Williston Basin, a mineral-rich basin in the northern United States.

“As I started digging in, I realized that there’s no way to tell the story without centering on the Fort Berthold Reservation, and the experiences of the people on the Mandan, Hidatsa and Arikara (MHA) Nation,” he recalls.

Jepsen’s research at the UI focuses on the post-war period (1945 to present) when commercial oil drilling began in the North Dakota, home of the Fort Berthold Reservation.

Regarding federal Indian policy and property law, namely mineral rights, Jepsen cites a theme of contradictions within Native American communities and their governments. Federal Indian law, he says, has gone through many iterations over the decades, with layers of accumulating policy shifting from anti- to pro-Indian and vice versa.

“If you’re a white guy and you own land, it’s very easy for you to lease that land to mineral development. If you’re a Native American person, though, there are 101 ways to get (taken advantage of),” he explains. “It’s very complicated, it can take a long time, and it can cost tribes money.”

Jepsen’s research also sheds light on the boomtown economy and a subsequent phenomenon known as Gillette Syndrome, in which a sudden surge of money, jobs, and tax revenue coincides with social disruption.

“Typically, you get a lot of young, unconnected men that have a lot of money. They’re working long hours, and they want to be able to go booze up when they're off the clock,” Jepsen says. “They want to go to strip clubs, they want to do drugs, and sometimes that creates a very nasty atmosphere. The (mineral) development itself can have a negative impact on the social fabric and culture of the reservation.”

Figures the likes of Tex Hall, ex-chairman of the MHA Nation who became notorious for his questionable personal enrichment thanks to connections in the oil industry, will be a focal point in Jepsen’s research. 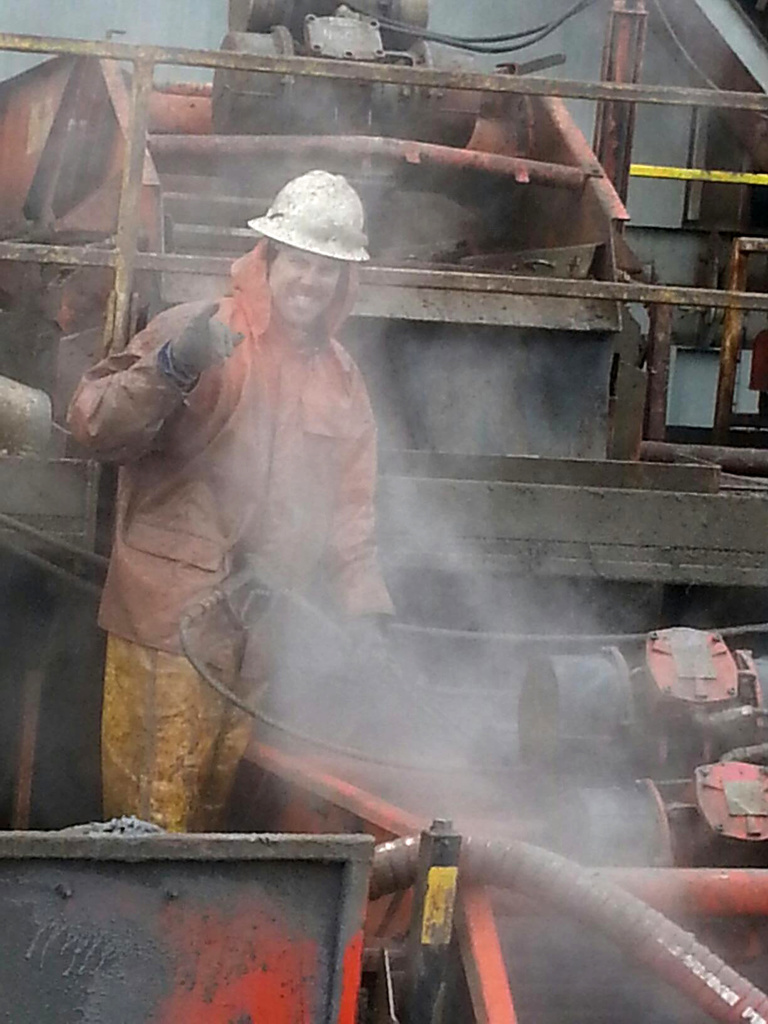 With Indigenous rights becoming a hot-button issue in Canada and South America, Jepsen aspires to bring environmental history, policy history, and Native American history into the U.S. conversation in a new way, as well as spell out the history of mineral rights in Indian country. This means weighing foreign policy with federal Indian policy to contribute to our understanding of the formation, function, and priorities of the United States.

The construction of the Garrison Dam, located on the Missouri River in central North Dakota, offers a harsh example of repression and assimilation imposed on the MHA Nation, who thrived as “world-class farmers” for centuries. The imposing dam permanently flooded 94 percent of the tribes’ farm soil.

"That subsistence agriculture that had allowed many people on the reservation to not have to join the wage economy outside of the reservation (was gone). There was no other option," Jepsen says.

The allure of Iowa’s opportunities

While Jepsen initially hoped to write a rigorous historical book, the UI Department of History and the Graduate College provided opportunities to learn about jobs outside of academia. Jepsen sees himself being involved in environmental and historical consulting, potentially for cities or tribal governments, or possibly assisting in public history, museum pieces, or historical background for legal cases.

Iowa wasn’t even on Jepsen’s radar when he first applied for doctorate programs. However, the enthusiasm and encouragement offered in an email exchange with his current advisor, Professor Richard Tyler Priest, quickly made Iowa the front runner.

“I had other offers from some really good schools, but nowhere else was the red carpet laid out as nicely as it was at Iowa,” he recalls. “It’s good to feel valued, and Ty and the whole History Department has been great about supporting my work and supporting me as a teacher.”

Jepsen has taken part in the Obermann Center’s Graduate Institute on Engagement and the Academy in 2018, received a Digital Scholarship and Publishing Studio Summer Fellowship in 2018. This spring, Jepsen was awarded a Post-Comprehensive Exam Research Fellowship from the Graduate College.

“It’s about having an environment that will support you in your work, and the University of Iowa has provided those things for graduate students,” Jepsen says.