Dwain Coleman has attended a number of different programs that highlighted diversity, black history, abolitionists, and details about the Underground Railroad in the state of Iowa. While attending these programs, the former school teacher from Las Vegas often heard people discussing how diverse a place Iowa is and how it is a great state for different ethnic groups of people to live.

“Well, if the diversity is so great in Iowa, and it has been so great for so long, why aren’t there more minorities living here,” Coleman says. “While (the programs) were intriguing, one of the questions I had was,`Where are all the black people?’”

Those questions inspired Coleman, a fourth-year PhD student in history at the University of Iowa, to research Iowa’s history of African-Americans who escaped the grip of the south and had settled in Newton, Iowa, later joining the first Iowa Infantry of African Descent. 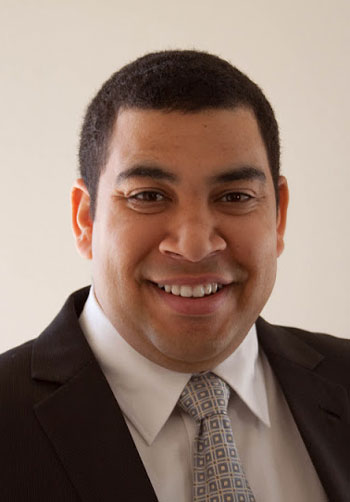 Coleman constructed his master’s thesis at the UI on how African-American soldiers built a unique community in Newton following the Civil War. He received accolades for his thesis, winning the prestigious Iowa History Center Award for Outstanding Master’s Thesis in Iowa History. For his dissertation, Coleman decided to expand the scope of his research by inspecting other black communities across Iowa and throughout the Midwest.

He posits that by using the political capital of their past military service, former slaves fought for civil and citizenship rights, while creating communities for themselves in the Midwest.

To bolster his research, Coleman dug through the National Archives of Washington D.C., and the local, county-level archives in Iowa. Currently, he is investigating why so many African-Americans left Iowa in the early 20th century after establishing multiple communities.

“They become a part of this great migration,” Coleman says. “The parents remain, but it’s the children that begin moving away. I think the reason why that is, is because their children are more educated than they are. And, they want better opportunities, better jobs.”

Coleman says he also believes that a lack of jobs, a hostility towards racial/ethnic minorities, and housing issues in Newton, play an important part in the diminishing of black communities.

“I’m still investigating more on that, but it’s not an isolated incident,” he says. “This is something that took place in other cities in Iowa.”

Coleman, who has received a Post-Comprehensive Research Fellowship from the Graduate College, is currently researching African American history in Burlington, Iowa, where he continues to find similarities with the small town of Newton.

“This phenomenon that takes place in Burlington is very similar in terms of the fact that both are industrial cities,” he says.

Alongside his own research, Coleman is a co-organizer of The Iowa Colored Conventions Digital Project which focuses on a 19th century movement in Iowa (and the rest of the U.S.) that fought for equal rights for African Americans. It is a member’s charge is to create a website that can be used by teachers and professors as part of their curriculum, to help Iowans learn about the long and rich history of black Iowans in the state.

With his accomplishments and years of research on the history of black communities in Iowa, Coleman has made his own mark by delving into information that has often been shielded from history books. By writing about these communities, other students across the state will undoubtedly come to have a deeper understanding of the history of the Hawkeye State.