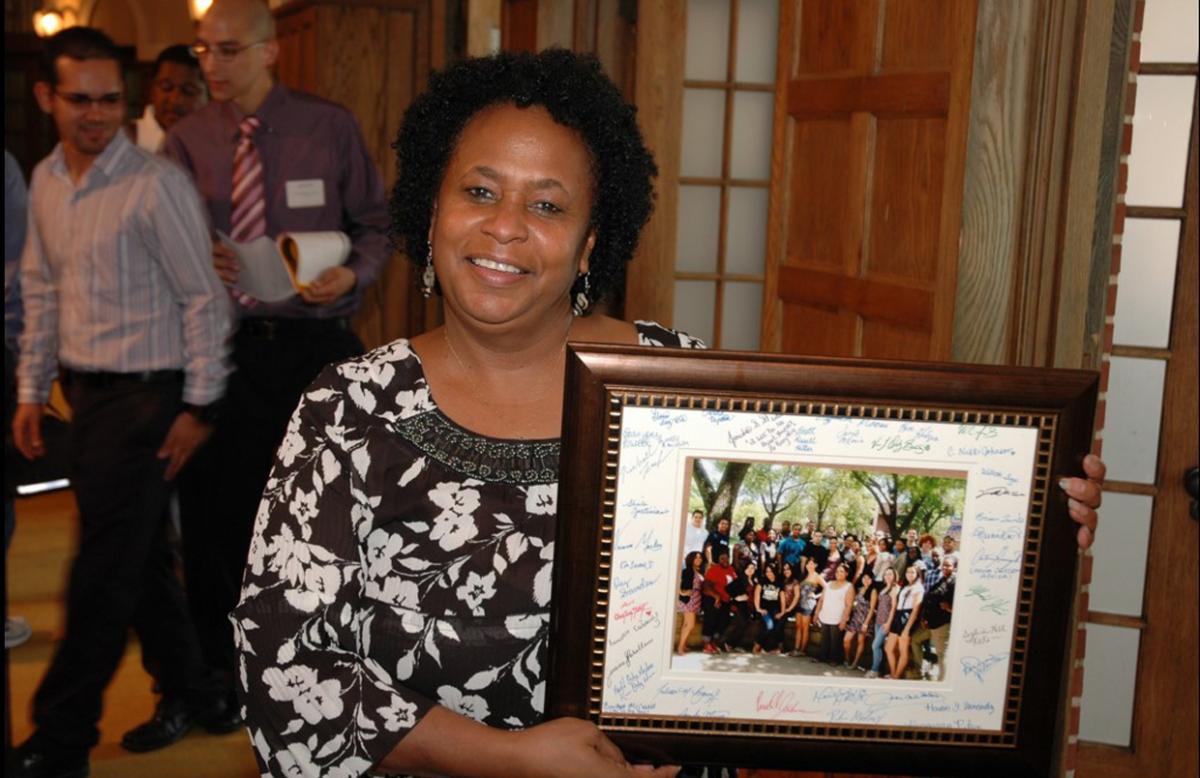 SROP would not be what it is today without Ms. Diana Sproles
Selecting the best and brightest students who made Dean’s Lists and honor rolls
She has shaped this program for 30 years; she’s been on a roll
Seeing first-gen and underrepresented youth succeed is her goal

-This is an excerpt from a poem written by SROP scholar Melinda Dang in 2018.

These words succinctly sum up Diana’s three-decade long calling as the Graduate College’s Diversity and Inclusion Coordinator, director of the Summer Research Opportunities Program (SROP), and administrator of the ACT Scholars Program. 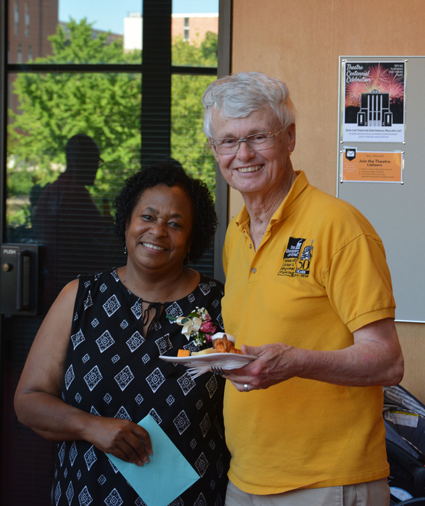 In her 30-plus year career, Diana gave valuable support and guidance to over 850 SROP scholars and countless underrepresented graduate students at the University of Iowa. Her efforts helped young investigators succeed as graduate students and become academic leaders.

“Diana cares deeply about the students. It’s about making that connection and coming to an understanding of who these students are and what kind of support each individual is going to benefit from,” says Joe Henry, an admissions and enrollment services specialist at the Graduate College who worked alongside Sproles during the majority of her academic career.

“Most of this is unspoken. It’s a language and calling that defines who she is. It’s something that she was completely committed to. It resonated with the students and the bond instantly materializes.”

Diana exhibited an around-the-clock commitment to her students. Her office door remained open to them, as did the front door to her house on many occasions. She welcomed these students into her professional life, as well as her personal life.

"Diana was like the mom of my 2012 summer cohort,” says Donald Brown, a 2012 SROP scholar who also was a Rhodes Scholar while at Mississippi State University. “I, along with a few other students, went to church with her on Sundays, and that meant so much to me. It was obvious that Mrs. Sproles saw her job as more than 'just a job,' and she really loved us. I still keep up with her to this day, and plan on doing so for the rest of our lives, because she made that summer one of the best of my life." 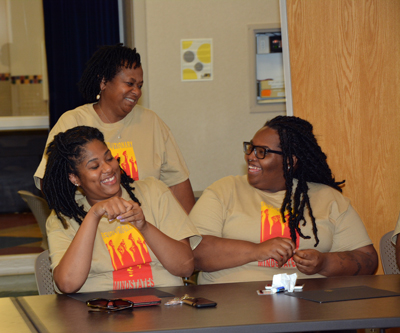 Sproles would drop whatever she was doing in order to talk with students about issues inside and outside of academia. Helping them navigate these problems was one of the biggest challenges of Diana’s job.

However, her regular heartfelt communication helped the graduate students develop a support network necessary to succeed as scholars.

“We offered ways to bring students together and our hope was to retain the students by giving them something outside of their department,” Sproles says. “They were able to do some networking, develop friendships, join organizations, and be part of something else that was part of the bigger community.”

The Waterloo, Iowa, native received a Board of Regents Staff Excellence Award in 2008-09 for her outstanding accomplishments and contributions to the five Regents institutions as well as the State of Iowa. In addition, in May 2019, Sproles received an award from the Black Graduate and Professional Student Organization (BGAPS) for her support of students of color at the UI.

“(Diana’s) legacy at the University of Iowa will always be remembered as having a student-centered philosophy, care, and compassion for others,” says DaVida Anderson, an ACT scholar who earned her PhD in higher education and student affairs from the UI in May 2019. 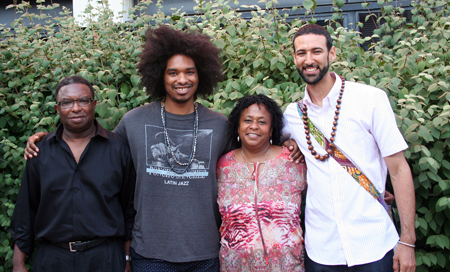 Diana takes a compassionate approach to her interactions with others, including those UI students and SROP scholars who just became her friend.

“You could talk to her about school, girls, family, anything. She always gave me encouraging words and always showed me love,” says David Tello, a 2000 SROP scholar who’s now an investment associate. “I only spent 10 weeks at Iowa that summer, but Diana made such an impact on me that 19 years later I still remember her with a smile on my face.”

Sproles continues to hold a special place in her heart for the SROP scholars.

“Some students said they were lost and not sure what they wanted to do, and SROP helped them better define what they needed to do,” Sproles says. “Some of them learned things in the program that they weren’t learning anywhere else and felt so much more equipped to step out on the idea of attending graduate school.”

Edmarie Guzmán-Vélez is one of Diana’s many student success stories.

Guzmán-Vélez was a SROP scholar in 2008, the year of the massive flood when students were sent home before being given the option to return to the UI later in the summer. Guzmán-Vélez came back, finished the program, and later enrolled in the UI’s Psychology Program. She earned her PhD in 2016 and is now a postdoctoral fellow in psychiatry at Massachusetts General Hospital.

“We all had to go home about two weeks after the program started and Diana worked really hard to bring us back. She was very supportive and brought a lot of joy to the group,” Guzmán-Vélez says. “She continued to be supportive while I completed my doctorate degree at the U of I. It is sad that the future SROP trainees will not get to meet her.”

Sproles intends to spend more time with her family while continuing her painting career. At the same time, she will fondly look back on her time at the UI.