Kathryn Klarich Wong earned the Graduate College’s L.B. Sims Outstanding Master’s Thesis Award for her novel research that reported the presence of neonicotinoids, a class of insecticides, in drinking water. This class of insecticides is the most widely used insecticide in the world and is used heavily throughout the agricultural Midwest.

Her thesis is titled, “Transformation and fate of neonicotinoid insecticides during drinking water treatment” was selected in the Mathematical and Physical Sciences and Engineering Category. 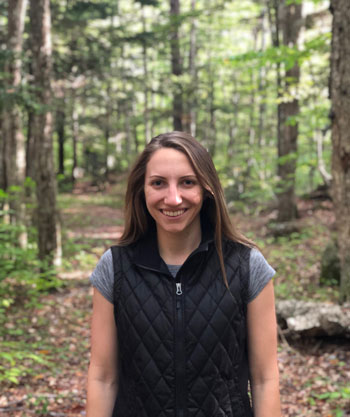 Wong, who earned her MS degree in civil and environmental engineering at the University of Iowa in 2017, discovered neonicotinoid insecticides through an analysis of tap water samples collected from water treatment plants in Johnson County, Iowa.

Wong and her advisor, Assistant Professor Gregory LeFevre, found very low concentration levels of neonicotinoids in drinking water, but concerns exist about what those low levels might do from an exposure standpoint. Wong, however, confirmed that activated carbon filtration systems can essentially negate the presence of neonicotinoids in drinking water.

Due to its novelty, impact, and relevance, Wong’s research was published in Environmental Science & Technology Letters and selected for the journal’s Editor’s Choice Award. It also was chosen as one of the journal’s top papers of 2017 (5 papers were selected in total). In addition, her research was highlighted by news agencies around the world, including the Washington Post and BBC.