The National Institutes of Health (NIH) is the largest public funder of biomedical research in the world, investing more than $32 billion a year to support thetraining of biomedical, behavioral, and clinical researchers. 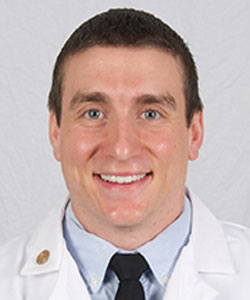 In the United States, 20-25 percent of these new invasive breast carcinoma cases are categorized as HER2+. Being HER2+ means that the breast cancer cells produce too much human epidermal growth factor receptor 2 (HER2), a protein that signals cell growth.

“Overall, the project aims to develop a better understanding of the disruption in regulators secreted by the pre-malignant field in tumor-initiating cells that are permissive to HER2-positive tumor initiation,” Nicholas Borcherding wrote in his public health relevance statement as part of his F30 application. 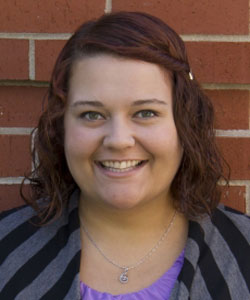 In her NIH research description, Caitlin Cosme wrote that, “cocaine addiction remains a costly and debilitating disorder in large part due to the high relapse rates observed in individuals addicted to different drugs of abuse.”

“The results from these studies will be critical for developing new treatments that target this region as part of the ongoing effort to reduce relapse among drug-addicted individuals,” Cosme wrote in her public health relevance statement as part of her F31 application. 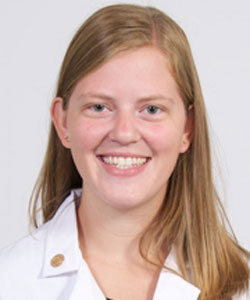 Despite extensive treatment, 200,000 people die annually in the United States from lung and breast cancers.

This high death rate suggests that new treatment approaches are needed. Falls will investigate two FDA-approved drugs currently used for other conditions that may also be effective against cancer cells.

“By determining how these drugs exploit fundamental differences in oxidative metabolism between cancer versus normal cells, we can gain better understanding of the mechanisms by which they selectively target cancer cells for the development of new combined cancer therapies to improve outcomes and limit progression of disease,” Falls wrote in her public health relevance statement as part of her F30 application. 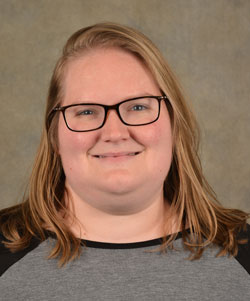 Andrea Hallberg seeks to understand the processes by which craniofacial regions develop in embryos. She proposes to characterize the regulation of the tfap2 gene (part of the neural crest specification gene regulatory network) using zebrafish, a common model organism for embryonic development.

“The proposed research aims at understanding, at a genetic level, neural crest specification, one of the very first steps in craniofacial development,” Hallberg wrote in her public health relevance statement as part of her F31 application. “It is relevant to public health because craniofacial defects are the second most common birth defect in the United States.” 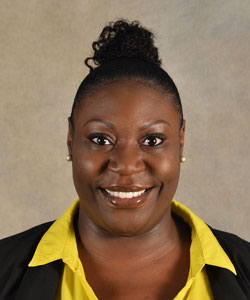 “Migraine is a debilitating disorder that is accompanied by sensory alterations such as photophobia,” Mason wrote in her public health relevance statement as part of her F31 application. “This study seeks to identify how peripheral CGRP causes light aversion in mice, which may help identify new targets for the development of better treatments for migraine.