Wendy Maury did not consider herself a virologist, but a molecular biologist. After earning a Ph.D. at the University of Virginia and performing postdoctoral studies at the National Institutes of Health on HIV transcription, Maury sought faculty positions in both molecular biology and microbiology departments, where she began to realize she may be a virologist after all.

Maury joined the Department of Microbiology at the University of Iowa to study viruses as an assistant professor in 1999 and soon after applied for an appointment in the Molecular and Cellular Biology Interdisciplinary Graduate Program. 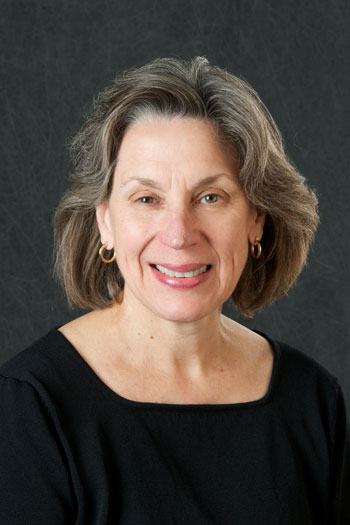 As a virologist, Maury researches virus and cell interactions, studying mechanisms by which viral glycoproteins bind to and mediate virus entry into permissive cells. Her studies seek to understand how the virus enters the body in order to adequately treat the disease by creating more effective antiviral remedies.

“If you can identify the lock and key that occurs outside of the cell, you can prevent infection from getting through and you can be ahead of the game,” Maury said.

Most recently, Maury led a team of researchers from the UI, other research institutions, and the National Institute of Dental and Craniofacial Research. The team made a key discovery about T-cell immunoglobulin mucin-1 (TIM-1)—a previously-known protein found on the surface of epithelial cells as well as some T-cells, which are a type of white blood cell key in fighting infection.  The TIM family of cell surface proteins has attracted attention as potential regulators of the immune system. The team found that TIM-1 is a receptor for the Ebola and Marburg viruses—an important finding made through the development of a new screening approach developed by a team member from the NIH.

The TIM family of T cell surface proteins has attracted much attention as potential regulators of the immune system. Using this new, effective screening approach, Maury and her team hope to identify additional receptors for other pathogens. Her research is funded in part through grants from the NIH.

Though Maury enjoys working on her research and spending time in the lab, she remains passionate about her work in the classroom and interactions with students.  She values her role as a mentor, noting that effective mentoring helps students develop their skills as researchers.

Several UI graduate students were among the team that discovered the TIM-1 receptor, including  Andrew Kondratowicz, who was first author of the study, which was published in the Proceedings of the National Academy of Sciences Early Edition the week of May 2, 2011.

“It is always intellectually satisfying to be able to work alongside students and see them really driven in what they are doing when delving into their research,” she said.