Older adults are becoming increasingly vulnerable when making real-world decisions about such things as medical and financial issues. 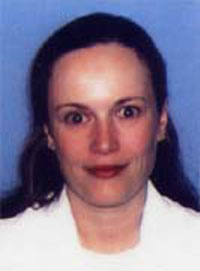 Natalie Denburg, assistant professor of neurology and faculty member in the Neuroscience Graduate Program, researches why this is the case using an experimental gambling task designed to mimic real-world decision-making.

“I’m interested in the seemingly normal older adult who appears gullible,” Denburg said. “I’m interested in such things as reverse mortgages and annuities being sold to older adults often in combination, which makes no sense. The payoff is 30 years later, and you’re never going to see the money.”

Denburg’s patients don’t have Alzheimer’s disease, but she suspects that their questionable decision-making results from an exaggerated degeneration of the brain’s frontal lobe.

Denburg and her graduate student, Georgina Moreno, are currently working on a study that examines consumer decision-making in older adults. The researchers are looking at deceptive and non-deceptive advertisements using an eye tracking feature.

“Gina is trying to quantify where the people are looking during the deceptive and non-deceptive advertising,” said Denburg, who has 15 students in her laboratory, including three graduate students – Moreno, Kameko Halfmann, and Chris Nguyen. “Do people fall prey because they are paying too much attention to the superfluous aspects and not spending enough time on the aspects that are deceptive or misleading? Through our eye movements, one believes that what you’re looking at, you’re thinking about.

“The eye tracking is another window into the brain.”

Through this technique, the researchers record not only eye movements but also make detailed notes about what their research subjects are thinking about.  By matching these observations, the team hopes to create interventions that would allow potentially vulnerable adults to make better decisions.
Denburg anticipates completing data collection by the end of the summer or early in the fall. From there, the team will write the research paper and submit it for journal approval.