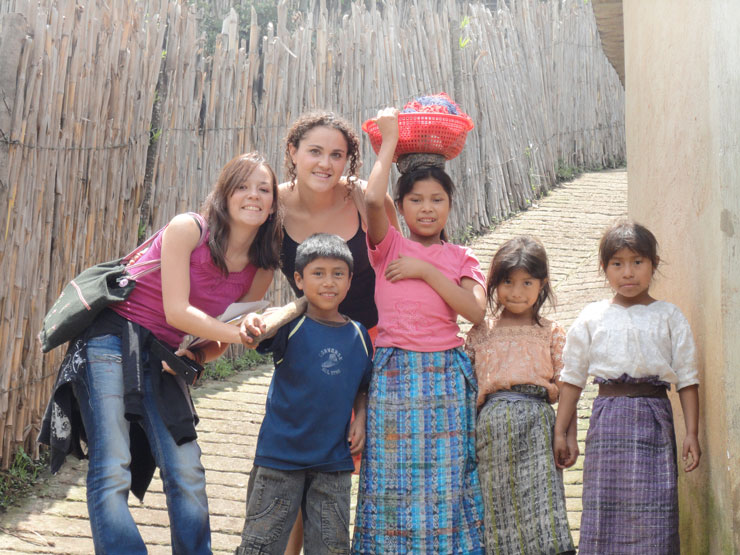 Lauren Levy took a summer trip to Guatemala in 2009 to improve her Spanish. Her goal was to improve her ability to reach out to impoverished Spanish-speakers in her own community. In the end, Levy discovered an opportunity to extend that outreach across borders, establishing a non-profit organization in one of the most impoverished countries in the world.

Levy, a Presidential Graduate Fellow at the University of Iowa and a Ph.D. student in counseling psychology, studies the effects of interpersonal violence and the importance of improving access to health care for Spanish-speaking and Latino populations in the United States.

Lauren’s work in the organization parallels her personal research interests. Prior to her trip, Levy took part in a research study to explore the effects of violence on women who have abortions. She investigated the co-occurrence of depression and interpersonal violence and assessed how women’s experiences with violence impacts their ability to care for their children.
Though the research she conducts does not reveal results that are surprising to those who work with abused women, the data serves as a reminder that there are people all over the globe who continue to need help, she said.

"If we can show the high number empirically --scientifically -- I think that can serve as a call to action to social service agencies and local and national governments to hopefully funnel funds to target those in need,” Levy said. 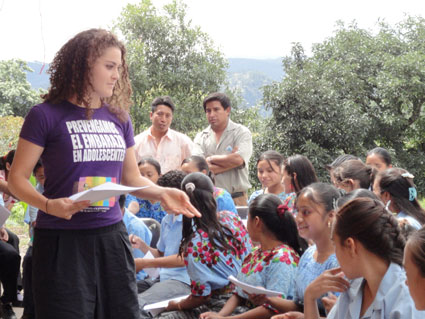 Levy has traveled to Guatemala several times since her first visit in 2009 to work directly with women involved in the organization. When she returns to the United States, she takes on a much different role. While colleagues such as co-founder Danessa Luna continue to oversee daily operations, Levy helps to promote the organization through fundraisers, grant writing, and overall strategic management, tapping into her past experiences as an investment banker in New York.

The organization was recently awarded a large grant of $25,000 annually for the next three years from the Open Society Institute. Additionally, the Guatemalan government has pledged $75,000 toward the creation of the community’s first comprehensive care center for female survivors of interpersonal violence -- a sign, Luna said, that the organization is making an impact.

“It not only reflects the important work we've done in demanding that the Guatemalan government meet its requirements under the law, but demonstrates our standing in the social service community,” Luna said.

Luna said backlash from community members who oppose Generando’s challenge of long-standing gender norms and social values, including harassment, threats, and a recent office robbery, can hinder their organization’s progress.

However, despite these obstacles, the organization continues to reach out to young women of Guatemala, educating and training them with marketable economic skills, providing survivors of interpersonal violence with psychological and legal support, and ultimately helping the women demand their human rights and become more self-sufficient.

"I found it so inspirational and empowering to be around these women,” Levy said. “They were giving me strength, and their belief in me and my ability to help them led me to do more.”