A growing number of writers use Kindle Direct Publishing, Amazon’s self-publishing tool. John Locke, a self-published author from Kentucky, just became the first author without a major publisher to sell a million Kindle eBooks (announced June 20, 2011). He joins an elite group of seven other writers in the million club, including Stieg Larsson and Nora Roberts. Only these eight authors have sold more than 1 million Kindle e-books through Amazon. (source: LA Times)

As the eBook market grows, more writers are self-publishing their work. Valentino remarks, “While this can be a good thing, when thought of as “democratic,” for instance, the other side of the coin is that the publisher’s role as a guarantor of quality is no longer assured.”

“Fewer and fewer people are taking the time to think, edit, and carefully design,” says Valentino. “It’s fast, yes, but it’s also often sloppy and superficial.” It would be difficult to wade through the glut of newly published eBooks that emerge each week, “and this was true before eBooks. Imagine how that has increased since,” he says. 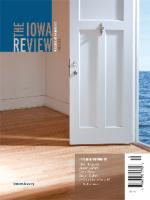 When a good publisher has been involved, readers can rest assured that time spent reading a book is worthwhile. As editor-in-chief of The Iowa Review, Valentino guides graduate students who sit on its editorial board. He teaches them the valuable role of the publisher.

“Very few works come in ready to be published. Hemingway submitted 800-page manuscripts that the publisher edited to 200 or 300 pages. The pages that were cut might be of interest to scholars, but if they had been published, Hemingway would not have been Hemingway,” says Valentino. “And he’s not an exception. Everyone gets edited.”

Gould is not as concerned with the high quantity of material published. Comparing book publishing’s current climate with past events in the film industry, he views wider access to robust creative tools as a positive catalyst. “Not so long ago, only people who made a lot of money could make a film. Now, the tools are inexpensive and readily available so that just about anyone in this country could make a film of decent quality and post it on the web. We may fill up the room with art that’s not of great quality, but we’ll also have a lot more really great art being produced.”